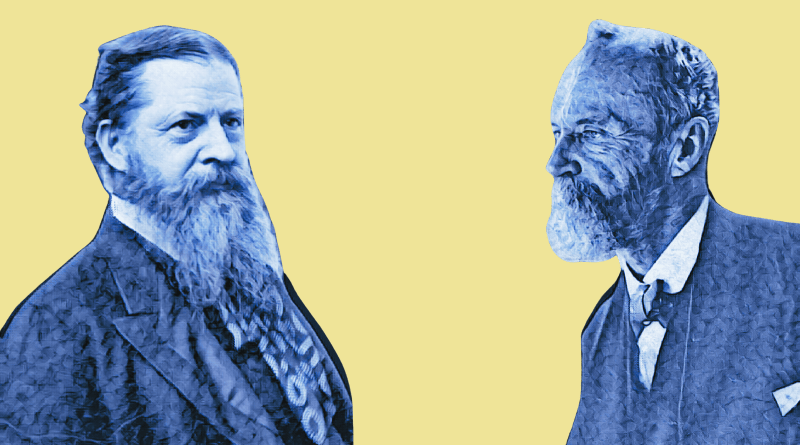 Nick Gall begins his recent two–part essay on the prospects for a pragmatistic philosophy of hope with three questions famously posed by Immanuel Kant:

Gall notes that while the first is addressed by epistemology and the second by ethics, there does not seem to be an established field of study for tackling the third. On the other hand, the pragmatist philosopher Charles Sanders Peirce—whom Gall discusses only briefly, and strictly with respect to his asymptotic metaphysics—effectively reverses the order of these questions and aligns them with the three normative sciences:

In other words, for Peirce, the hope that animates pragmatism is the attainment of truth:

Gall disagrees, preferring instead the more popular and explicitly melioristic pragmatism of Peirce’s good friend William James, along with successors such as John Dewey and Richard Rorty. Jeffrey Howard takes the same position in his favorable response to Gall, asserting that “ideas and truth are malleable, constantly changing to help us meet the challenges of a boundless world.”

Accordingly, true beliefs are only those that would be affirmed by an infinite community after infinite inquiry: “if Truth consists in satisfaction, it cannot be any actual satisfaction, but must be the satisfaction which would ultimately be found if the inquiry were pushed to its ultimate and indefeasible issue” (CP 6.485, EP 2:450, 1908).

The basic difference here is that James and others attempt to redefine truth, while Peirce merely seeks to clarify its meaning: “Every man is fully satisfied that there is such a thing as truth, or he would not ask any question. That truth consists in a conformity to something independent of his thinking it to be so, or of any man’s opinion on that subject” (CP 5.211, EP 2:240, 1903).

After all, if truth itself were “malleable and constantly changing,” then no one would bother with inquiry and debate:

Instead, it is our knowledge of truth that is variable, because our beliefs are always fallible. Reliability, usefulness, and fruitfulness are helpful criteria for justifying them. Truth is the normative standard to which we deliberately seek to conform them, even though we can never be certain that we have achieved that objective in any individual case.

Credited by James as the founder of pragmatism, Peirce eventually rechristened his own version “pragmaticism” to distinguish it, correctly anticipating that this name would be “ugly enough to be safe from kidnappers” (CP 5.414, EP 2:335, 1905). In fact, “the mutability of truth” was one of the notions that prompted him to accuse James and others of allowing pragmatism “to become infected with seeds of death” despite being “a philosophy so instinct with life” (CP 6.485, EP 2:450, 1908).

In short, truth ultimately leads to life, while error ultimately leads to death—no matter how reliable, useful, and/or fruitful it might seem to be in the short run. This is expressed poetically by William Cullen Bryant in the following stanza of “The Battle-Field,” whose first line Peirce quoted at least twice (CP 5.408, EP 1:139, 1878; CP 1.217, EP 2:122, 1902):

Peirce himself puts it this way in one of his earliest published articles:

Hence, for Peirce—a polymath who always considered himself to be first and foremost a logician—truth is pragmatism’s only hope.

His published papers discuss various aspects of Peirce’s thought, touching on mathematics, phenomenology, logic as semiotic (including pragmatism), and metaphysics (including cosmology).

2 thoughts on “Truth as Pragmatism’s Only Hope”

What Can Pragmatists Hope for in a Boundless World?

The Pragmatic Truth of Existentialism