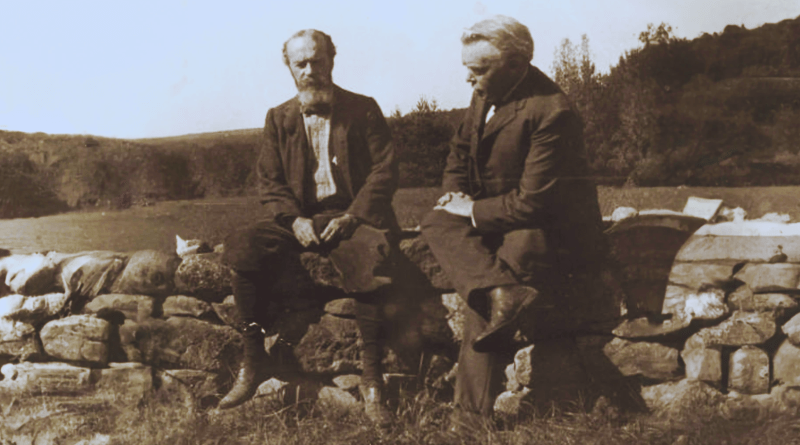 I appreciate how the esteemed philosopher John Stuhr frames pragmatism as a fashion or “season of belief.” Philosophy is better understood less as a reflection of some reality that is “out there” separate from our minds, and more as a means of helping us flourish.

We are organisms living within environments, trying to do a little better each day, something captured well by the notion of meliorism.

For a pragmatist, ideas and truth are malleable, constantly changing to help us meet the challenges of a boundless world. Pragmatism has evolved since the logician Charles Sanders Peirce first invoked its name near the end of the nineteenth century.

And it will continue to adapt well into the future.

One challenge lobbed at pragmatists is how they can hope for anything when they don’t hold anything as absolute, certain, or foundational. If our notions of truth are constantly evolving, what can we hope for?

While Gall focuses primarily on how pragmatists generate hope and the philosophical justifications for it, my mind turns to some of the reasons why pragmatism gives me hope.

Here are just a few.

What I love about pragmatism is its radical pluralism and resistance to reductivism and absolutism.

It’s why a small alarm goes off in my head when I hear the words “X is merely Y,” such as when complex emotions are reduced to merely neurons firing in the brain. Or, when somebody asserts all human action is fundamentally self-interested. Alternatively, pragmatism gives me hope around ideas that are tough-minded enough to accommodate the hard facts of reality while remaining sufficiently tender-minded to retain the human values that animate us.

In its most ethical form, pragmatism is informed by love and compassion. As pragmatists, we have a duty to be as inclusive as possible in our pursuit of truth. To exclude a fellow citizen from the table of discourse is to hinder not only my own truth-seeking but that of my community. Truth is a democratic and creative process. Pragmatism gives me hope we can forge a more kind, loving, and tolerant world that enables more people to be heard.

This is part of why I try not to be too gate-keepy about pragmatism, what it means, or who gets to claim the term. That’s the beauty of the tradition—it’s pluralistic and dynamic.

And, as suggested by Nick Gall in his recent essays for Erraticus, pragmatism gives me hope for new growth and a continual ability to adapt ideas and notions of truth based on new experiences. We are not chained to ideas that are no longer useful or fruitful. Truth is not written in the stars or chiseled into changeless stone.

For instance, there are aspects of gender that people still find fruitful today, but there are also many people who find rigid binaries surrounding gender to be antithetical to their personal ability to flourish. Pragmatism gives me hope we can reshape our community norms to help more marginalized people to thrive tomorrow.

A non-pragmatist might believe gender is an eternal or essential form, while pragmatists remain hopeful because their philosophy regularly asks, to quote William James, “‘Grant an idea or belief to be true,’ it says, ‘what concrete difference will its being true make in anyone’s actual life? How will the truth be realized? What experiences will be different from those which would obtain if the belief were false? What, in short, is the truth’s cash-value in experiential terms?’”

For something like gender, to a pragmatist, if contemporary conceptions of it aren’t working, we are liberated to evolve and experiment toward new understandings that will make a “concrete difference” in how our actual lives are lived. We are not doomed to the ideas and notions we’ve inherited from our progenitors.

Some may squabble with my application of pragmatism toward any variety of current social or political issues. That is totally fine. There are many pragmatisms and even more pragmatists (the “here and now” version espoused by the late Richard Bernstein).

What binds most pragmatists together is a hope we can make tomorrow better than today, a commitment to democracy, pluralism, and the social nature of truth, and a willingness to continually reevaluate the deepest values we share. No cow is too sacred.

For those who want a more fixed or essentialized notion of pragmatism, then I’m sorry, friend. Pragmatism doesn’t work that way, or at least, not very well. One might describe pragmatism as a kind of living truth, as opposed to a static construction that can be captured and reflected into eternity.

Hardened truths tend to be turned into tools of violence, oppression, and dehumanization.

Pragmatists aren’t chasing eternity. We are interested in what can help people flourish now, in this world, the one we’re immediately experiencing.

I’m well aware pragmatism isn’t for everybody. And that is satisfactory for me (on most days). We each have different temperaments and “final vocabularies” we prefer to use when describing what we mean by reality, truth, God, science, good and evil, etc.

One of my great hopes for pragmatism, and what inspires so much of what I do, is that it will keep conversations going in boundless directions, multiply our vocabularies, and be of use to people who feel a bit stuck in their lives. For if pragmatism is of little use to you, then you are thoroughly justified in leaving it by the wayside.

You have my sincerest blessing.

But before you set pragmatism aside, I ask you to entertain one request: Deeply ponder the Pragmatist Logic Principle once paraphrased by Jesus of Nazareth in the first century, “By their fruits, ye shall know them.”

What fruitfulness in your life comes from focusing on the practical consequences of an idea versus grasping after abstract absolutes?

Jeffrey is the founder and editor-in-chief of Erraticus, as well as host of the Damn the Absolute! podcast.

He is a former mental health professional and educator, whose research interests center around localism, American pragmatism, and bioregionalism. He primarily covers education, philosophy, psychology, and religion.

He lives in Southern Appalachia.

Jeffrey is the founder and editor-in-chief of Erraticus, as well as host of the Damn the Absolute! podcast. He is a former mental health professional and educator, whose research interests center around localism, American pragmatism, and bioregionalism. He primarily covers education, philosophy, psychology, and religion. He lives in Southern Appalachia.

2 thoughts on “What Do I Hope from Pragmatism?”

Rortian Liberalism and the Problem of Truth