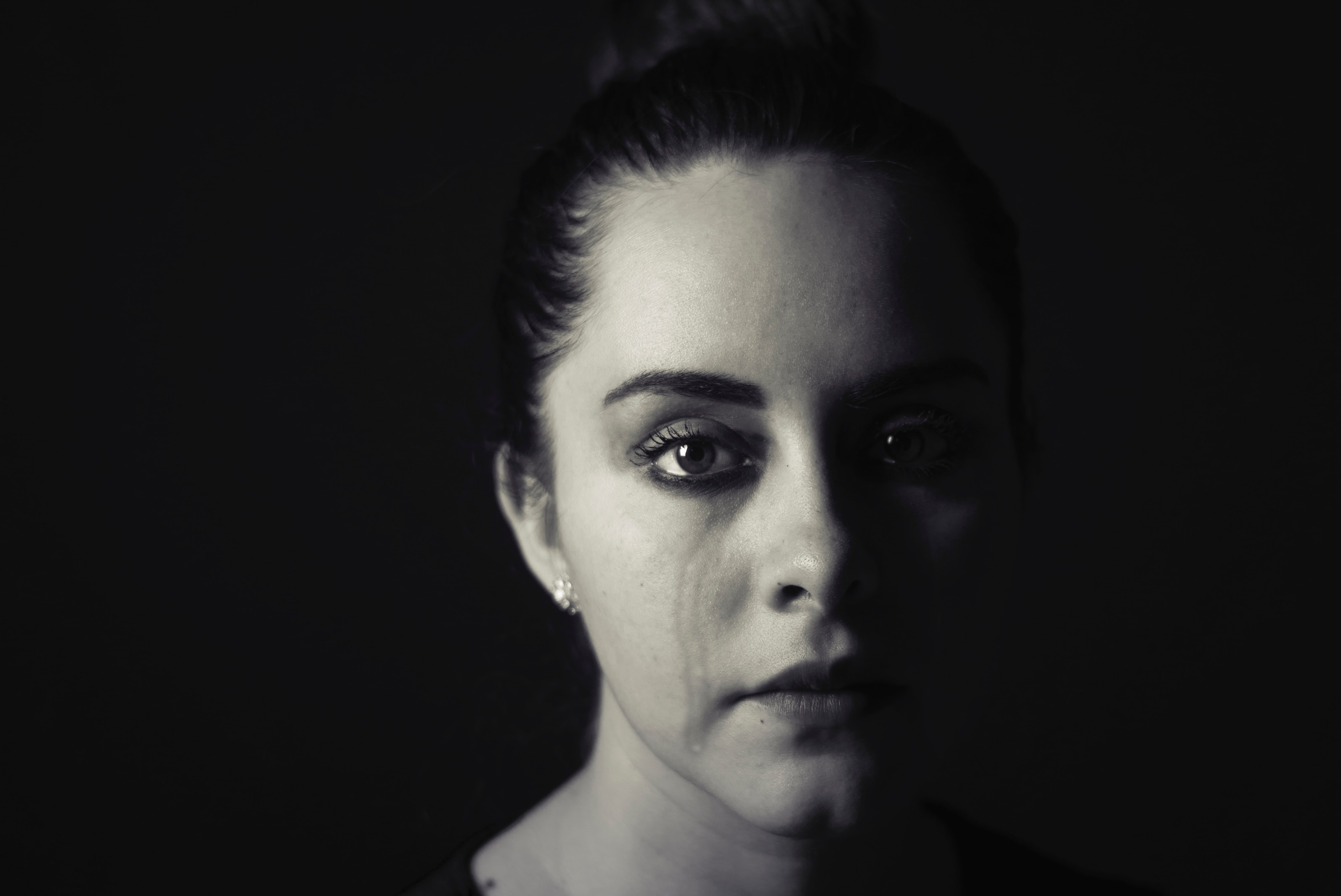 In a Twitter account called So Sad Today, the American writer Melissa Broder has been sending out snippets of her daily inner life since 2012. Broder writes about mundane sadness—”waking up today was a disappointment’ or “what you call a nervous breakdown i call oops, accidentally saw things as they are”—and she is brutally honest about her own shortcomings (“whoops, hurt myself conforming to socially accepted standards of beauty that i know are false but still feel compelled to fit into” or “just felt a flicker of self-esteem and was like what the fuck is this”). The account has become a sensation, winning her more than 675,000 followers, and Broder’s book of personal essays about her mental-health battles, also named So Sad Today, appeared in 2016.

It’s startling that Broder’s unabashed expression of sadness—and all the shitty emotions—has struck such a nerve in a world where people’s social media profiles are immaculately curated to show their happiest selves. But clearly the growing rates of depression worldwide mean that we are struggling to be happy. Are we doing something wrong? Broder’s popularity should compel us to cast a new look at sadness and its cousins. Perhaps we should consider realigning ourselves with the Romantics, who as a group found solace in freely expressing emotions in poetry. In his “Ode on Melancholy” (1820), for example, John Keats wrote: “Ay, in the very temple of Delight, / Veil’d Melancholy has her sovran shrine.” Pain and joy are two sides of the same coin—both are necessary for a fully lived life.

Perhaps we should consider realigning ourselves with the Romantics, who as a group found solace in freely expressing emotions in poetry.

Keats might have had Robert Burton in mind here, the seventeenth-century priest and scholar whose hefty volume The Anatomy of Melancholy (1621) described how sadness might go into overdrive (something we’ve come to understand as clinical depression) and how to cope with it. Or various self-help books from the sixteenth century, which, according to Tiffany Watt Smith, a research fellow at the Centre for the History of the Emotions at Queen Mary University of London, “try to encourage sadness in readers by giving them lists of reasons to be disappointed.” Could it be that the path leading to true happiness goes via sadness?

Recent research suggests that experiencing not-so-happy feelings actually promotes psychological wellbeing. A study published in the journal Emotion in 2016 took 365 German participants aged 14 to 88. For three weeks, they were handed a smartphone that put them through six daily quizzes on their emotional health. The researchers checked in on their feelings—be they negative or positive moods—as well as how they perceived their physical health in a given moment.

Prior to these three weeks, the participants had been interviewed about their emotional health (the extent to which they felt irritable or anxious; how they perceived negative moods), their physical health and their habits of social integration (did they have strong relationships with people in their lives?) After the smartphone task was over, they were quizzed about their life satisfaction.

The team found that the link between negative mental states and poor emotional and physical health was weaker in individuals who considered negative moods as useful. Indeed, negative moods correlated with low life satisfaction only in people who did not perceive adverse feelings as helpful or pleasant.

These results resonate with the experience of clinicians. “It is often not one’s initial response to a situation (the primary emotion) that is problematic, but their reaction to that response (the secondary emotion) that tends to be the most difficult,” says Sophie Lazarus, a psychologist at the Ohio State University Wexner Medical Center. “This is because we are often sent messages that we shouldn’t feel negative emotions, so people are highly conditioned to want to change or get rid of their emotions, which leads to suppression, rumination, and/or avoidance.”

The team found that the link between negative mental states and poor emotional and physical health was weaker in individuals who considered negative moods as useful.

According to Brock Bastian, author of The Other Side of Happiness: Embracing a More Fearless Approach to Living (2018) and a psychologist at the University of Melbourne in Australia, the problem is partly cultural: a person living in a Western country is 4 to 10 times more likely to experience clinical depression or anxiety in a lifetime than an individual living in an Eastern culture. In China and Japan, both negative and positive emotions are considered an essential part of life. Sadness is not a hindrance to experiencing positive emotions and—unlike in Western society—there isn’t a constant pressure to be joyful.

This thinking could be rooted in religious upbringing. For example, Indo-Tibetan Buddhist philosophy, which has been extensively studied by Western psychologists such as Paul Ekman, calls for recognizing emotions and embracing pain as part of the human condition. It places emphasis on understanding the nature of pain and the reasons that lead to it. Many modern psychological practices such as dialectical behavior therapy now employ this approach of recognizing and naming emotions in treating depression and anxiety.

In a study published in 2017, Bastian and his colleagues conducted two experiments examining how this societal expectation to seek happiness affects people, especially when they face failure. In the first study, 116 college students were divided into three groups to perform an anagram task. Many of the anagrams were impossible to solve. The test was designed for everyone to fail, but only one of the three groups was told to expect failure. Another group was in a ‘happy room’ whose walls were affixed with motivational posters and cheerful Post-it notes and they were provided with wellness literature, while the final group was given a neutral room.

For example, Indo-Tibetan Buddhist philosophy . . . calls for recognizing emotions and embracing pain as part of the human condition. It places emphasis on understanding the nature of pain and the reasons that lead to it.

After completing the task, all the participants took a worry test that measured their responses to failing the anagram task, and filled out a questionnaire designed to evaluate whether societal expectations to be happy affected how they processed negative emotions. They also took a test about their emotional state at that time. Bastian and his team found that people in the “happy room” worried a lot more about their failure than the people in the other two rooms. “The idea is that when people find themselves in a context (in this case a room, but generally in cultural context) where happiness is highly valued, it sets up a sense of pressure that they should feel that way,” Bastian told me. Then, when they experience failure, they “ruminate about why they are not feeling the way they think they should be feeling.” The rumination, the researchers found, worsened their state of mind.

In the second experiment, 202 people filled out two questionnaires online. The first one asked how often and how intensely they experienced sadness, anxiety, depression and stress. The second—in which people were asked to rate sentences such as: “I think society accepts people who feel depressed or anxious’”—measured to what extent societal expectations to seek positive feelings and inhibit negative ones affected their emotional state. As it turns out, people who thought that society expects them to always be cheerful and never sad experienced negative emotional states of stress, anxiety, depression and sadness more often.

Painful times confer other benefits that make us happier over the long term. It is during adversity that we connect most closely with people, Bastian points out. Experiencing adversity also builds resilience. “Psychologically, you can’t become tough if you don’t have to deal with tough things in life,” he told me. At the same time, he warns that the recent findings shouldn’t be misunderstood. ‘The point is not that we should try and be sadder in life,” he says. “The point is that when we try and avoid sadness, see it as a problem, and strive for endless happiness, we are in fact not very happy and, therefore, cannot enjoy the benefits of true happiness.’”

Dinsa is a science and culture journalist based in New Delhi. Her work has appeared in Discover, The Lancet, and Playboy, among others.

Dinsa is a science and culture journalist based in New Delhi. Her work has appeared in Discover, The Lancet, and Playboy, among others.

It’s All a Bit Absurd