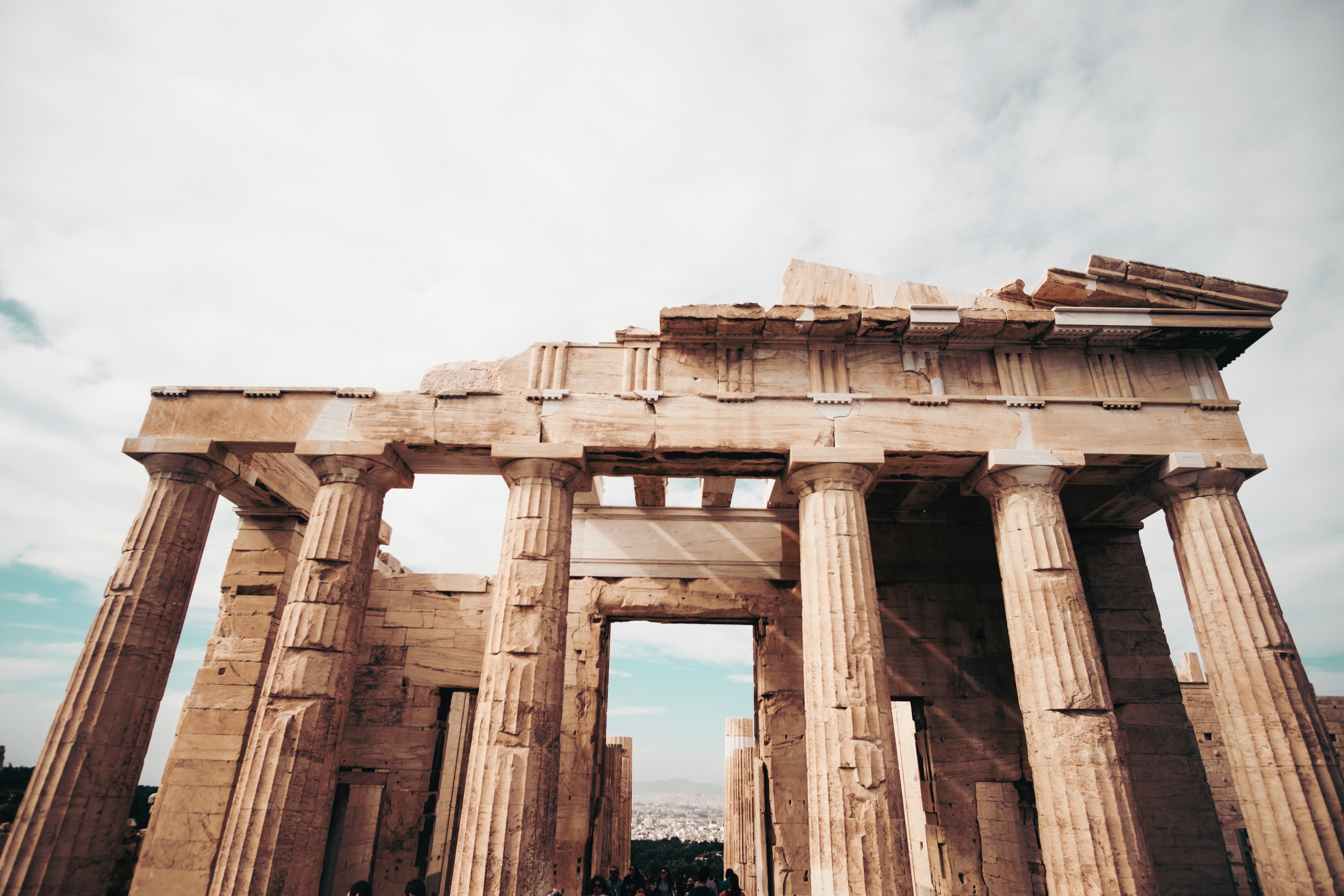 We all know the most famous bit of ancient advice inscribed on the Temple of Apollo at Delphi: Know thyself. It’s a powerful and daunting recommendation. If you take it seriously, you will begin to push through all of the misconceptions you have, not only about yourself but about human beings generally. You will begin to think deeply about who you really are and who you ought to be. You might start making life-altering decisions, decisions that (if you are right) bring you into harmony with your nature and your circumstances, or (if you are wrong) turn your life into a big mistake. There should be little wonder that this one command is the highest command of all philosophy: follow it like a religious law, and—one way or another—you will be a great philosopher.

But this powerful command is in fact just one of some 147 apophthegmata (pithy words of wisdom) inscribed upon a stone monument at Delphi. It’s not clear where these lesser-known maxims came from. The ancient compiler Stobaeus attributed them to the Seven Sages—wise men of the sixth century BCE, such as Solon and Thales—but maybe they were generated in the same hazy way that all instances of folk wisdom (sticks and stones, stitch in time, etc) are generated, and then set in stone for the benefit of later seekers of wisdom—such as us.

But this powerful command is in fact just one of some 147 apophthegmata (pithy words of wisdom) inscribed upon a stone monument at Delphi.

Some of these maxims are, for us, complete nonstarters. Rule your wife and Admire oracles are ones we can safely do without. Keep deeply the top secret and Beget from noble routes are simply baffling. But there remain many articles of Delphic wisdom that we would do well to keep in mind as we navigate our days.

Exercise nobility of character. Nobility isn’t a term much in vogue these days, but we should consider bringing it back into use. Set aside any associations of pretentiousness, or of antiquated bourgeois values. Ask yourself: what is it to be noble, or to take the high road, or to follow the greater wisdom? The question forces us to think about what it takes to make us better human beings. It might not be at all obvious what would make us better. Maybe we should be the first to forgive, or we should accept a loss for the sake of someone else’s greater gain, or we should remain silent when speaking would cause harm. But just the exercise of trying to articulate what “better” means is itself a worthy endeavor. Asking yourself every day: “What is it to be noble?” and “How can I make my character noble?” is bound to make your life more interesting and more valuable.

Exercise nobility of character . . . . Maybe we should be the first to forgive, or we should accept a loss for the sake of someone else’s greater gain, or we should remain silent when speaking would cause harm.

Pray for things possible. No, I am not much of an advocate for prayer. But I am willing to give it some weight as an expression of deep hope. The vast majority of news brought to our attention encourages cynicism and despair, since stories about what’s gone right or what evils of the past we have overcome do not attract readers. And surely there is plenty of genuine cause for despair. But despair itself inclines toward becoming a self-fulfilling prophecy: giving up hope lands us in hopeless circumstances. On the other hand, when we keep our eyes open for new solutions and new possibilities, and we permit ourselves even the smallest hope that they might become actual, there’s some greater likelihood that they will. I am not making the foolish assertion that wishing makes things come true—I am only suggesting that, even in a busy neighborhood, you are more likely to find a parking space if you are looking for one. Allowing ourselves some deep and optimistic hope keeps those possibilities alive in our minds, and—who knows?—if an opportunity arises, having them in mind might help me to make them real.

Look down on no one. This seems obvious: when, after all, is it ever a good idea to look down on someone? On the other hand, how many times a day do you find yourself doing it? People can be so infuriatingly stupid, so heartless, or so incredibly gullible. (Other people, I mean.) But it is one thing to identify where and how someone has gone wrong, and another thing to look down upon them. It takes some additional restraint for the mind to separate the mistake from the person, and to criticize the mistake while still holding the person in some measure of esteem. If I apply this restraint, I can view the other person as someone who might be shown the error of his ways, and then guided into some better state—rather than seeing them as merely a target for my clever scorn. (And, of course, it might turn out that I am the one who is shown the error of my ways!)

Finally, there is a cluster of four maxims that are meant to help us steer through the ages of our lives. The first two are: As a child be well-behaved, and As a youth be self-disciplined. These maxims can’t be directed at young people themselves, as they are in no position to figure out how to obey them. But they are good advice for parents: teach your little ones to behave themselves, and teach your older ones self-discipline. It’s no fun to be a stern parent, and it’s all too easy to give in to the temptation of letting our children have whatever they want, if we can afford it. But we’re doing them no favors by planting the seeds for temper tantrums from spoiled brats (of all ages). Anyone who’s been to a crowded restaurant or movie theatre will wholeheartedly endorse this ancient parenting advice.

Finally, there is a cluster of four maxims that are meant to help us steer through the ages of our lives.

The other two maxims in this cluster are: As of middle age be just, and As an old man be sensible. For those of us “of middle age” and older, we can see the merits of acting with justice (or nobility) in the most active parts of our lives. But that’s not the usual expectation set for us. True, we are expected to be mature, to be respectable, and to be economically solvent. But justice carries with it moral and political obligations, and an expectation that our ability to make decisions can be relied upon by others. And, as we advance beyond middle age, we can perhaps also see the wisdom (and relief!) in resisting the marketing ploys of our times—the ones that would have us hungering after perpetual youth—and instead acting more sensibly, given the limits that age places upon us.

The fact that the great majority of maxims on the list can still serve us today is itself worth further reflection. There is no denying that our lives have changed a lot in the past 25 centuries. But the need to organize one’s priorities, to cultivate friendships and social bonds, to care for families, and to measure out one’s emotions—these are philosophical requirements at the foundation of a human life, and they haven’t changed. By reflecting on these maxims, and thinking through how they might change our lives, we form a kinship with those who turned to the ancient sages for guidance—and share in the human effort to live wisely.

Charlie is professor of philosophy at Utah State University. He is the author of several books and essays on the history of philosophy, as well as some fun stuff, such as How You Play the Game: A Philosopher Plays Minecraft (2014).

Charlie is professor of philosophy at Utah State University. He is the author of several books and essays on the history of philosophy, as well as some fun stuff, such as How You Play the Game: A Philosopher Plays Minecraft (2014).