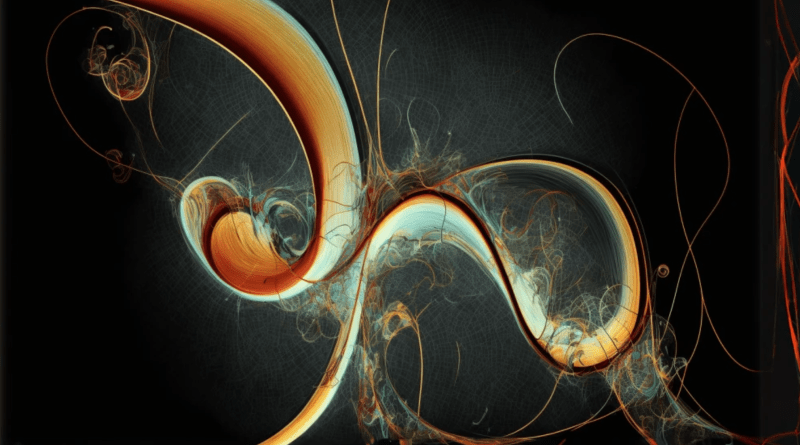 On the surface, Nick Gall’s two excellent and stimulating Erraticus essays on hope are a feature story surveying the big names of meliorism—a middle-way approach between pessimism and optimism—but he drops numerous hints that he sees some formulations as superior to others. (I also found the essays inspiring, significant praise I consider higher than just being right.)

Gall calls Charles Sanders Peirce and William James’ version of meliorism “juvenile,” “tender-minded,” and “naive.” Briefly, he categorizes Peirce and James’ versions of meliorism as asymptotic. Asymptotic refers to a mathematical function that gets closer and closer without end to a particular value, represented as a straight line—the asymptote.

Throughout most of his first essay, he offers an even-handed survey of prominent versions of meliorism. But towards the end of the first and throughout the second, it is clear that he considers Charles Peirce and William James’ meliorisms inferior to John Dewey and Richard Rorty’s, yet Gall doesn’t clearly make this argument in his essays.

Perhaps because his essays purport to be a survey of the various forms of meliorism, Gall doesn’t devote much space to arguing that Peirce and James’ asymptotic meliorism (hereafter asymptoticism) is a critical weakness. For Gall, the “juvenile” feature of asymptoticism is: hope for eventual arrival at truth/perfection/salvation. For example, Gall says:

These statements seem to conflict with his correct description of an asymptotic curve as one that “draws ever closer to an axis without ever touching it.” In other words, the curve is never arriving, yet ever approaching. Here I will defend Peirce and James by highlighting the distinction between eventual arrival and ever approaching.

I primarily aim to defend Peirce and James against Gall’s charge that they are juvenile asymptotic forms of meliorism. My conclusion is that Peirce and James are not predicting or prophesying an eventual arrival at anything, and for James, the ideal form is not even monistic, contrary to what Gall claims. The claims listed above are not accurate and Gall must clarify the offensive character in question.

Read “Truth as Pragmatism’s Only Hope“

Since Gall identifies Peirce and James’ asymptoticism as the damning quality, let’s first consider asymptotic curves. Properly so called, an asymptotic curve never arrives at the asymptote. In other words, there is no finite solution where the two lines intersect, and infinity isn’t a solution. Consider the following function: y = 1/x.

Now let us reflect on whether Peirce and James are looking forward to an eventual arrival at truth, perfection, and salvation, or whether they are saying this is even possible. My first conclusion is that Peirce’s asymptoticism is not a prophecy or a prediction—Peirce is describing the logical form of the method of science.

As I’ve said, Gall makes conflicting statements on asymptoticism. On at least two occasions, he refers to eventual arrival at truth/salvation. On the other hand, he also correctly describes asymptotic curves that ever approach and never arrive. Although Peirce himself never uses the word “asymptote,” he was very knowledgeable of mathematical limits and so was certainly familiar with functions that endlessly tend towards a particular value.

But in his essay “How To Make Our Ideas Clear,” Peirce says:

Yet, that successor race need not come to that ultimate opinion either; belief may not be settled by our species and no minds in the course of the universe may ever believe these truths. Likewise, referring to infinite inquirers is obviously not intended as a possible eventuality. Peirce is describing the logical form of scientific inquiry and not an eventual apotheosis. Therefore, Peirce isn’t offering a prediction or prophecy that one day minds will eventually arrive if we stick to the method. Peirce is saying that scientific inquiry aims at a singular truth, so progress would look like a convergence of our beliefs, guided by their empirical effects.

An infinitely distant future isn’t a point on the timeline. As I said, there is no last point at infinity. When Peirce talks about a “finite number of men” versus infinite inquirers and a “infinitely distant” future, he is talking about the logical form of the method and not about a possible eventuality.

For an example of how logical form need not line up with empirical results, we can effortlessly conceive of perfect forms that could never occur in nature. The mathematician’s conception of a circle is more perfect than any circles in nature ever could be.

Similarly, physicists talk of the Planck length (P) as the theoretical minimum unit of physical change (named after Max Planck). Thus, we can think of the Planck length as the bottom-level pixels of the physical universe. But this theoretical minimum doesn’t stop me from conceiving of a distance of half of P (P/2) or a distance much smaller like 1/P. Similarly, completeness, unity, and crystalized perfection are the logical form, but that need not correspond to anything in this world, just like half a Plank length.

The keyword here is that Peirce refers to the opinion that they would come to, were it possible—Peirce is describing the logical form of scientific inquiry.

Scientific inquiry presumes there is truth and falsity and that it is possible to improve our opinions such that they contain less falsity and more truth. The logical limit of this would be to hold no falsity and all the truths. Again, this is not a prediction in this, the next, or any universe containing minded inquirers. So, Peirce’s account of inquiry certainly isn’t a prophecy of an eventual arrival at truth or even a prediction that some distant inquirers will arrive there. The ultimate goal might not even be possible, but we pursue it and make objective progress.

Read “What Do I Hope from Pragmatism?“

I’m similarly skeptical that James prophesies an eventual arrival at complete truth/salvation, that the process is ever approaching this goal, or if his account should be considered asymptoticism at all. James can be seen to be making a move analogous to Peirce’s logical form. Like Peirce, James is not predicting or prophesying, and instead of discussing the “logic” of scientific inquiry, James describes us as a scientist: we have these habits to believe in God and salvation and this generally works out well for us.

Gall says it very well: “[James’ meliorism] is not primarily directed at how the world will change in the future . . . James’ focus is on how we should feel about the future of the world—for what should we hope, given our beliefs about such a future.” The only thing I would add to this is that James is not so much focusing on how we should feel, but on how we do feel.

For example, James says, “It would contradict the very spirit of life to say that our minds must be indifferent and neutral in questions like that of the world’s salvation.” We care for the world’s salvation by nature—this is our shared spirit of life. An ethicist might make an argument of the form: if you assume my x, y, z premises are true and you are a rational-minded person, then you should do this or that.

James describes us as a scientist would: look around, we observe x, y, and z, and this theory accounts for what we observe.

For another example of this constitutional spirit of life referred to above, consider the following passage from James’ canonical Pragmatism (1907):

Here James refers to the “normally constituted . . . [with their] healthy-minded buoyancy” to pursue salvation. So, analogous to Peirce who is concerned with the logical form, James is also not prophesizing a possible eventuality, but is describing the orientation of our natural habits and instincts. James says we are constituted to believe—our nature forbids us to say no. He isn’t saying we are chasing idols and phantasms—we are impelled by our nature to believe.

This is what we do.

Read “Rortian Liberalism and the Problem of Truth“

In his first essay, Gall cites James in “The Moral Philosopher And The Moral Life” for his formulation of tragic pluralism. James says we can’t all be right about everything; the method of science abides by the evidence, which means countless falsities over time are butchered. James notes, however, “Some part of the ideal must be butchered . . . It is a tragic situation.” In the long run, most beliefs ever held are almost entirely wrong.

But Gall charges James with betraying the tragic pluralism he himself propounds: “James’ meliorism is designed to spark the letting loose of hope by offering confidence in the possibility that we may one day transcend tragic pluralism—reaching the goal of eternally perfect unity (monism).”

I don’t think this is what James is saying; he actually retains his pluralism.

As James says in the passage above, our healthy-minded nature drives us to cooperate and strive to secure the path to truth and salvation—but for James, this is a “fundamentally pluralistic and irrational universe” (ital. mine). He says the world “[grows] piecemeal by the contributions of its several parts” (ital. mine), not “integrally”. So, James actually prefers a probable piecemeal pluralistic perfection.

For a final example of James’ express pluralism, consider the following from Pragmatism, which Gall also quotes: “[The confused pragmatist letter writer] speaks of what he calls the rational unity of things, when all the while he really means their possible empirical unification. He supposes at the same time that the pragmatist, because he criticizes rationalism’s abstract One, is cut off from the consolation of believing in the saving possibilities of the concrete many” (some ital. mine). Here again, James is very explicit about the “saving possibilities of the concrete many.”

In summary, Gall’s claim for James’ monistic asymptoticism is inadequate.

Read “The Pragmatic Truth of Existentialism“

This Is What We Do

Peirce and James are not dangling the eventual arrival at perfection in front of our faces, and they are not saying that we are on track to arrive at truth/salvation someday. Not only is this perfection not eventual, but they are also not even saying it is possible we will arrive at a rational unity/truth one day. I think both would say there is objective progress, but if there are ideals involved, they are descriptive and not prescriptive.

James notes there is piecemeal amelioration among the “saving possibilities of the concrete many” and Peirce would say there are certainly examples of theories converging on particular truths, but a complete and crystalized Truth is not forthcoming. For Peirce, the most we can say is that the logical form of investigation has its sights set on truth. This doesn’t guarantee it is even possible. Likewise, James says it is our nature and serves us well to have faith, hope, and belief. He thereby upholds faith, hope, and belief, but isn’t claiming that a final salvation is actually in the cards.

In other words, the logician Peirce and his close friend James are describing how things already are and not how they should be. For Peirce, scientific investigation is oriented around this ever-ameliorating approach to an ideal—this is what we do and this orientation is presumed by the form of inquiry. James says that faith and pursuing salvation are what normal healthy humans do. But neither prophesies that minds will eventually arrive at truth and salvation, just as an asymptotic curve never arrives at the asymptote.

Ian is a writer with a background in philosophy. He lives in Seattle.

He recently published a printed zine on a doctrine he calls pragmagism. The web version can be found at the Journal of Sophistry. A few other scattered writings can be found on Twitter, Medium, and Substack.

Ian is a writer with a background in philosophy. He lives in Seattle. He recently published a printed zine on a doctrine he calls pragmagism. The web version can be found at the Journal of Sophistry. A few other scattered writings can be found on Twitter, Medium, and Substack.

3 thoughts on “Why We Won’t Ever Arrive at Truth”

The Pragmatic Truth of Existentialism