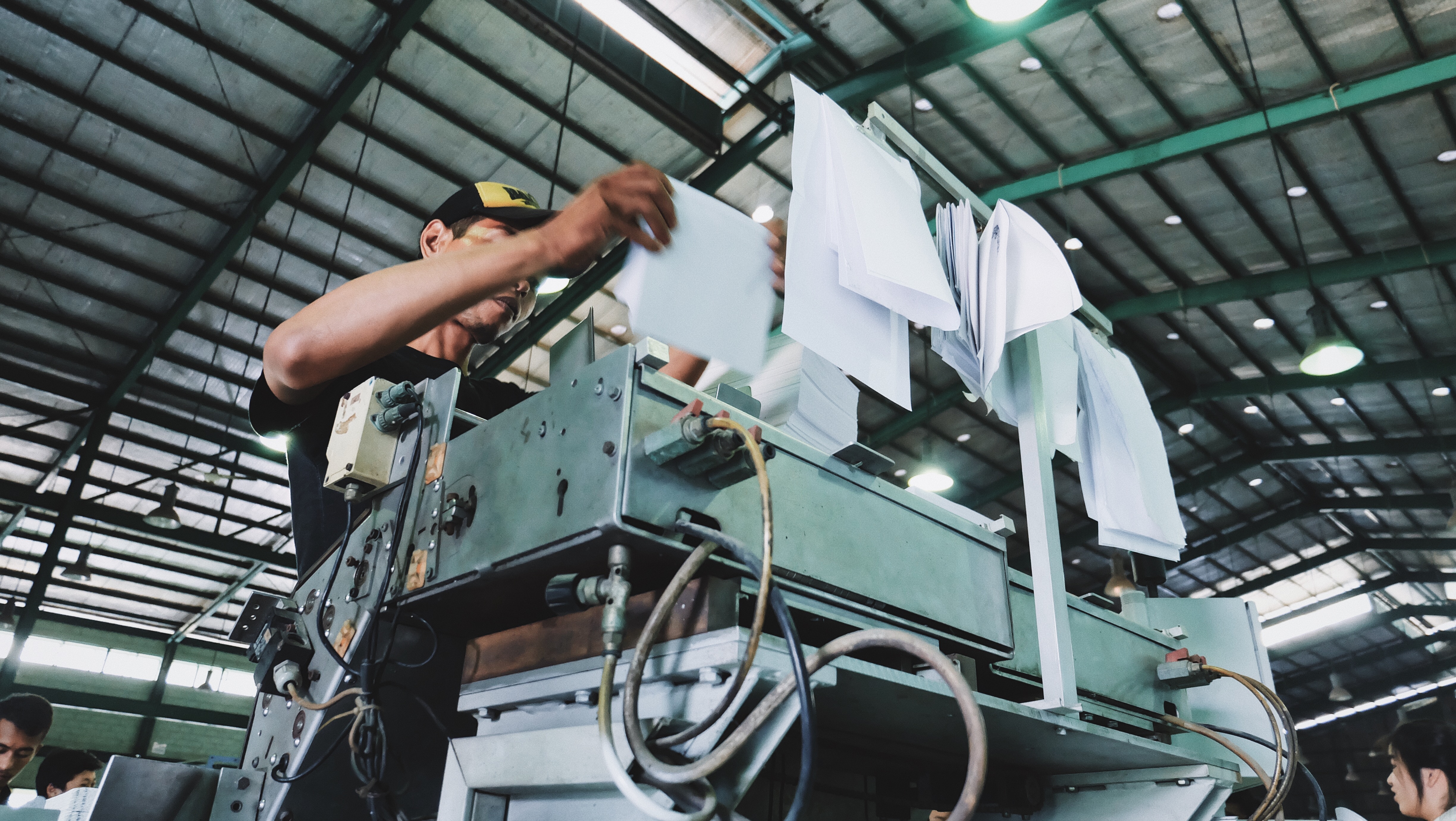 A while back I interviewed a man twice my age for a digital communications position within our small nonprofit. His resume was entirely print media, and his physical portfolio was almost as thick as the phone books no longer in production.

While this man shared his background and decades of experience in newsrooms and with magazines, I kept faltering on what exactly to do with him. On one side, he could clearly write well, and he had a knack for finding a great story. He had relationships with news organizations, and he cared about our mission. On the other side, however, very little of what he shared was fit for digital consumption. His face lit up at the mention of print materials and faded again when the conversation moved out of his comfort zone.

Not only has widespread print declined as a whole, but on a much smaller scale, my nine-person nonprofit doesn’t have the budget for it. Print has its place. In fact, I’m one of its bigger advocates, but print’s role in our lives is changing.

This applicant has spent his life perfecting a craft. He’s learned valuable skills. I didn’t want the knowledge he had gained over such a long time to go to waste, but I also didn’t need him on my staff. I almost felt guilty about this decision. Did this situation somehow count as ageism? If I didn’t hire him, where would he go? And finally, what exactly did he do wrong over the course of his career that led to this moment?

Make no mistake, I hope he found work, and by now, I’m sure he has. But I suspect it was more difficult in 2017 than it was in 1997, even with all the skills he’s developed since then. It’s not his fault or the fault of any worker that industries change. Society dictates that change collectively, and markets fluctuate. How, though, is a worker supposed to react to it?

By 2015, print newspaper ad revenue dropped to a third of its 2000 level. That advertising money is, instead, going into digital sources like Facebook and Google where people are spending progressively more time. With dwindling revenue from advertisers as well as fewer subscriptions, it’s not surprising newspapers have lost half their employees in the last fifteen years and ten percent the decade before. Where can the workers of downsized newsrooms go?

Print media isn’t only dying in the United States either. It seems to be a global trend of restructuring. In Australia, newspaper jobs are in decline, but journalism students are not. Economist Phil Lewis postulates optimistically that although traditional journalism employment is getting more difficult to come by, a journalism education is still quite marketable. Lewis summarizes

“Traditional newsroom skills include thorough research and being able to explain often complex ideas in a clear, understandable way.

But the new generation of journalists also needs to be proficient in the use of social media, online publishing and multimedia as well as being able to write. Hopefully, the rapidly increased number of students is being equipped with these skills.”

That second part is where my job applicant fell short. Even those established in the industry should be sure to broaden their skills as culture shifts and new technology takes hold.

Retired EMT Troy Knight simply states, “You have to adapt.” He thought back to his twenty-year career as a paramedic and all the medical advances made during that time. By adapting to those changes, he was likely able to save more lives. I hadn’t thought of this question in those terms. Technology may erode some industry, but it affects them all. As a whole, it improves lives and productivity, but we all have to adapt if we’re fortunate enough to work long-term in any field. Knight still has an appreciation for traditional methods though. He handcrafts stained glass art and has restored century-old church windows over the years. Some trades can withstand change.

We need journalists. We need journalistic skills in every organization and every industry. Lack of research and thoughtful writers is a detriment to society as a whole, and we’ve witnessed the repercussions of that lack on a macro scale over the last few years. Not only do we need journalists, we could benefit from everyone developing basic research and writing skills for the good of society.

To answer my earlier question, downsized newsroom employees could go nearly anywhere. Because they are needed everywhere. But they first have to market their skills in a way that best suits the industry they’re stepping into. They should think about their experience in a more comprehensive sense and promote the way they work and think more than what they have done.

Print media isn’t the only evolving industry right now. We’ve nearly automated cashier checkout counters, we have driverless cars, and Oregon is in a frenzy over pumping their own gas. With every change, workers have to evolve and showcase themselves in new ways. But they can all do it, and the surviving industries will be all the better for it. I have faith that blending skill sets and experience across fields will only enrich those fields and the workers within them. Although, maybe Oregonians still shouldn’t pump their own gas.