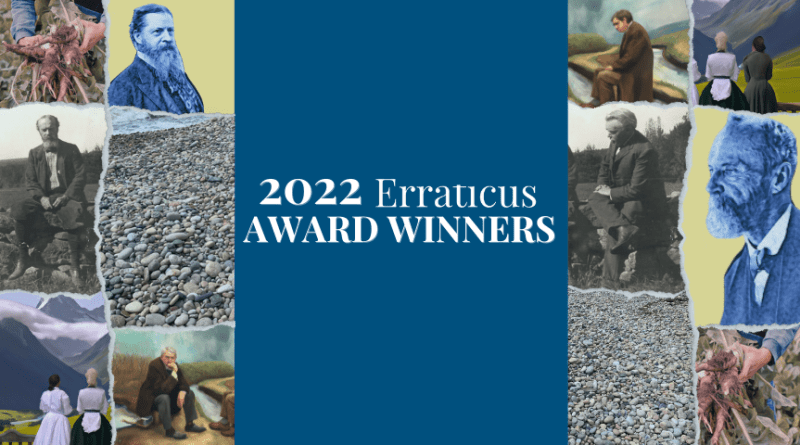 While it was a more selective year than previous ones for submissions, Erraticus rounded it off with a flurry of thoughtful essays from members of the Erraticus community.

New in 2022, we also began encouraging readers to respond directly to one another’s essays, challenging authors’ viewpoints and highlighting ideas that further inspired them. These incisive rejoinders can be found on the Erraticus Blog.

Notably, the Editorial Team included both essays and blog entries amongst end-of-the-year awards candidates, giving a chance for both rigorous long-form and more conversational short-form submissions to win either of the Erraticus’ annual awards.

In “Community Supported Agriculture Isn’t Just Another Way to Get Fresh Food,” Jared Spears examines the modern origins of the community supported agriculture (CSA) movement and how re-localizing food production can overcome many of the problems stemming from mass-scale industrial farming.

A reflection on the life and legacy of pragmatist philosopher Richard Bernstein, Megan Craig recounts personal moments of her mentor that embody his commitment to pluralism in “A Wishing Stone for Dick.”

In a two-part essay excavating the philosophical justifications for finding hope in a constantly changing and foundationless world, Nick Gall makes a sophisticated case for pragmatist notions of hope. “What Can Pragmatists Hope for in a Boundless World?” turns to William James’ naturalized theism for inspiration amenable to more “tender-minder” thinkers, while “Dewey and Rorty: Sending Pragmatist Hopes in New Directions” rejects fixed hopes, preferring the liberation that comes with continual growth and endless conversation.

Inspired by Nick Gall’s essays on how pragmatists find hope in a boundless world, Jeffrey Howard articulates why he believes pragmatism is such a hope-filled philosophy and offers us a few examples of its fruits in “What Do I Hope from Pragmatism?“

Diverging from Nick Gall and Jeffrey Howard’s views on pragmatism and the malleable nature of truth, Jon Alan Schmidt turns to Charles Sanders Peirce for insight. In his blog entry, “Truth as Pragmatism’s Only Hope,” Schmidt argues it’s not truth, but our knowledge of truth that changes.

Once again, the Editorial Team is honored and grateful to consider so many prescient perspectives for the 2022 Erraticus Awards.

“Truth as Pragmatism’s Only Hope” by Jon Alan Schmidt

“What Can Pragmatists Hope for in a Boundless World?” by Nick Gall

Consisting of the editors and leadership at Erraticus.

Consisting of the editors and leadership at Erraticus.