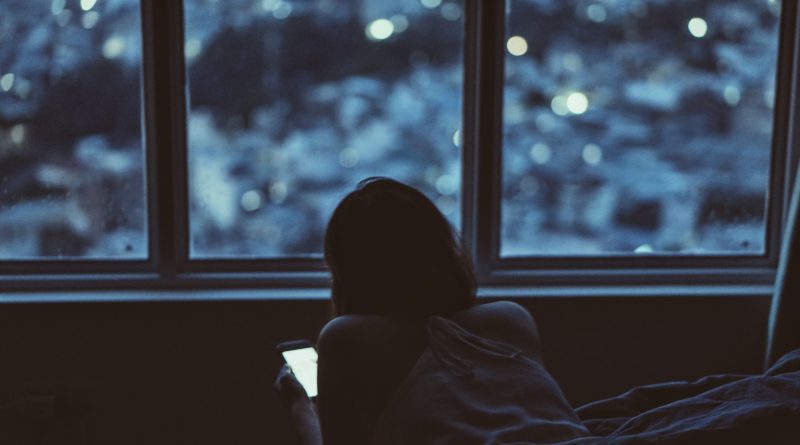 The generation born between 1995 and 2012 is unlike any other in the history of the world. Some of these kids straddle the generational boundary between the analog and digital, having grown up when staying out late and playing street hockey was the norm, rather than staying home and watching Twitch streams. But many now don’t remember a time before the internet. Before Instagram. Before Facebook. Netflix. Amazon Prime. To them, films as recent as the 1980s and early 1990s depicting kids going on wild neighborhood adventures are alien and disconnected. Some are confused by these films, some are nostalgic for a time they’ve never even experienced, and most don’t even watch them at all. These films don’t describe life lived by late millennials or the current generation—Gen Z, or zoomers, as they’re often called. Life now is different.

We have only just begun to explore the physical, psychological, and social effects of devices that render all reality a simulacrum.

But at the same time, some of these effects have unavoidably crept into the forefront of consciousness, which is not surprising, since technology defines almost every aspect of our interaction with other objects and people.

Teens date less. They have less sex. They drink less. The rate of illegal drug use is way down, and they don’t party. But this collapse in social vice is not because they’ve taken solemn vows of moral purity. It’s because they don’t leave the house and don’t have physical, embodied community.

Again, lack of social vice is not for lack of time or the burdens of homework. Teens work less and have more time than Gen X did at the same age bracket, but they don’t spend that time with other people. They spend it on their phones. By themselves. In their rooms. From 2000 to 2015, the rate of teens socializing with their friends every day dropped by about 40 percent.

Depression and other mental illnesses are skyrocketing. Social atomization and alienation are on the rise. It’s not getting better. It’s getting worse.

In one form or another, the above narrative has been gaining steam; it’s not at all new. But the magnitude of the problem has been understated. And some of the proposed fixes have shown a marked lack of understanding of the problem in the first place.

Radical Inadequacy and Its Causes

First, the overall structure of the problem is not purely man vs. machine. It is actually a market-driven process that concentrates society’s top cognitive talent on the engineering problem of how to best undermine an individual’s agency and keep him or her coming back to the app. It’s not anything close to a fair fight. And yet, most discussion ignores this frame entirely and suggests changes on the individual level, which is tantamount to pouring water through a bottomless bucket. Setting timers, installing software to control social media use, grayscaling your phone, and making promises to yourself all depend on self-mastery, which is exactly the thing that has been taken from you.

In fact, the more correct frame is radical inadequacy: a full acknowledgment that the individual on his or her own is unable to beat the pull of the machine. And even if one out of a hundred individuals can beat the machine, it’s irrelevant, at least as far as the aggregate effects of technology go; a historically unprecedented new social dynamic now exists, even if you personally win the fight.

It’s hard to say this out loud, partly because it goes against what we’ve all been taught, namely that we’re sovereign individuals gifted with full agency and capable of choosing what’s best for ourselves at any given moment. But this doesn’t describe the world as it actually exists. As the world exists, we observe that agency is in constant flux depending on internal and external factors that we often don’t have control over. We exert influence over the world, and the world in turn exerts influence over us.

The individual finds himself at the mercy of tech, even though he may still suffer under the illusion that if he actually put his mind to it, if he actually tried, he could save himself from the machine. It’s this mindset that has led to a dramatic understatement of the seriousness of the issue.

Given this frame, it’s not surprising that real, physical community has collapsed. The well-engineered pull of the digital simulacrum has in effect kept people chained to their rooms. The few who break free find themselves wandering around ghost town malls, which are losing countless millions in square footage ever year.

The task of the 2020s, to make up for the atomized 2010s, is to engineer communities in such a way that takes the full weight and spread of the simulacrum’s pull into account.

Read “Virtual Reality Is Not an Empathy Machine“

To start, well-functioning communities don’t have to consist of entire towns or cities. Radical inadequacy doesn’t have to be solved for everyone—just enough people to form a tangible community.

So, the next wildly successful community, religion, cult, or social movement is likely one that solves atomization, and to solve atomization is to solve the problem of the individual’s inability to overcome the machine’s conquering of mental cycles. The younger generations chained to their machines know this is happening, and from what I’ve gathered after some prodding, they hate themselves for it, but don’t see any real alternative.

A solution, for now, is unlikely to come from Western states. We are neither agile enough to square up against constantly adjusting companies, nor cognitively resourced enough to understand the technology at the level of depth required. In other words, we have limited state capacity. It’s also an admittedly difficult problem to regulate in any fine-grained way. And despite some companies making an altruistic effort to re-engineer their apps, in doing so they effectively abandon a profitable position that will be occupied by a new market entrant, though there’s no doubt norms could develop to help on the margin. This is in fact one of the core problems of liberalism that has been brought to light by the technological age. Liberalism is having to confront the fact that its norm of non-interference and particular conception of freedom allow the market to concentrate society’s cognitive resources in such a way as to dramatically reduce well-being.

If states and companies can only nudge on the margins, the bulk of the work falls on the shoulders of social technologists.

The social technologists who engineer a new set of social technologies that provide a plausible, collective solution to radical inadequacy have a realistic shot at reinvigorating a very decayed social fabric and winning big. However, anything that solves or at least ameliorates this problem enough to produce real community is going to look extremely strange to the rest of society. This can’t be understated. It may look like a new set of metaphors or myths about technologies, grounded in their very real potential for accelerating spiritual and physical decay. It may adopt aspects of Orthodox Judaism, which prohibits the use of electrical devices on Shabbat. It may religiously mandate several social events every week and the use of Faraday cages for phones. It may require that for every dinner, the first to check their phone picks up the tab. It may look like schools banning screens entirely. It may look like small groups of friends splitting off from their peers and reintegrating with the wild on weekends, leaving spiritually-draining tech at home. It may look like collective psychogeography through urban cores. Many of these patches, however, are piecemeal and too contextual, operating only in particular settings and social circles. It’s possible that a more robust solution has to be more totalizing to work.

Atomization and the Future of Totalizing Communities

First, it requires real, genuine belief, which is always polarizing.

Second, close colocation is not negotiable, since otherwise interaction is necessarily mediated by technology.

Third, even with close colocation, spending too much time alone in individual living arrangements encourages sliding back into excessive technology usage. There must be daily rituals that keep a member of the community present and engaged.

Fourth, there will have to be some amount of separation between communities that have chosen to very consciously interact with tech and those that have not. Without a cultural or geographic separation, the default is that tech exposure will come to assert dominance again.

Some Amish subgroups at the community level whitelist technology: all technology is banned by default, except whatever is specifically allowed for the community’s good. Still, not everyone wants to be Amish. And not everyone wants to live in a monastery or the former ‘60s-era Mystic Arts commune in Sunny Valley, Oregon, either, which might sound like what’s entailed from the four above conditions. It’s clear that a large spectrum of possibility exists here. There are less extreme and more extreme options.

The most optimal and perhaps realistic scenario at the community level is existing religions combating social atomization by building new rituals for the use of technology, which would also help those religions increase church attendance. And we should prefer older, more established religions taking the lead on this problem, as untested upstarts more often than not end up devolving into destructive cults. Unfortunately, most established, top-heavy religions aren’t very agile. It may be the case, then, that non-denominational Christian churches (among other possibilities) have one of the better chances at adopting new norms and grounding them in the metaphysics of Christianity on any kind of reasonable timeline.

However, the younger generations are decidedly less religious. As millennials age, they aren’t returning to church in the same way the Boomers did. So, no matter which direction we turn to, the problem seems almost insurmountable. In case you think a cult that can scale is the solution, consider that it’s much easier to start a billion dollar company than it is to start a religion. Genuine founders of religions are hard to come by.

With this frame laid out and the structure of the problem made clear, it’s likely that the 2020s and beyond will see many attempts to tweak and patch apps to reduce the pull of the simulacrum, many experiments in new rules and rituals deployed in smaller social circles, and many endeavors at intentional community engineering. None of this is new. If anything, America has historically been the world’s foremost lighthouse for experimental religions and cults, prophets and gurus, traced all the way back to the founding.

There will be failures—very familiar to the ‘60s and ‘70s Cambrian explosion of communes: too much nervous energy, overdoses, too many neuroatypicals, too much rationalism, abuse, sexual drama, economic collapse, unsustainable social practices, not a compelling enough vision, bad motives, and so on.

Still, real solutions to atomization can only arise from this sort of messy experimentation. And social technologists have their work cut out for them, because this battle is perhaps one of the most important to win in the twenty-first century for spiritual and physical rebirth.

Jonah is the co-founder and editor-in-chief of Palladium Magazine. He is also a graduate student, focusing on democratic peace theory, peacebuilding, autocracies, and ethnic conflict. He currently lives in San Francisco.

Jonah is the co-founder and editor-in-chief of Palladium Magazine. He is also a graduate student, focusing on democratic peace theory, peacebuilding, autocracies, and ethnic conflict. He currently lives in San Francisco.

One thought on “Can Social Technologists Solve the Atomization Problem?”

‘God Is a Question’: An Atheist’s Invitation to Intellectual Humility