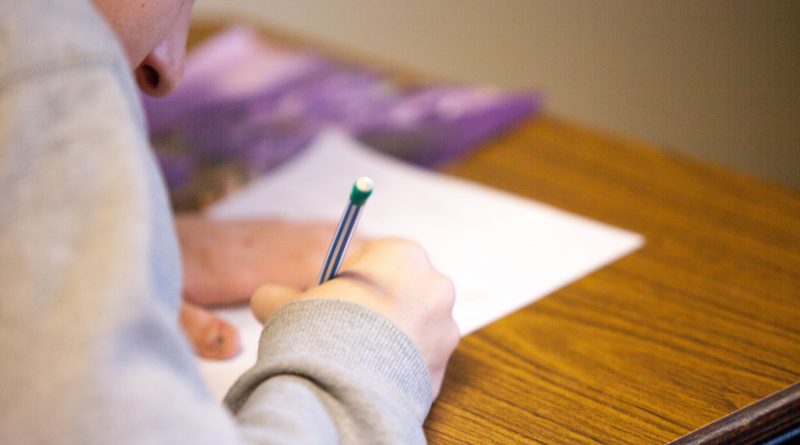 The College Board recently revealed a new “adversity score” that it plans to use as part of the SAT in order to reflect students’ social and economic background.

The mere fact that the College Board sees a need for an “adversity score” is a tacit admission that the SAT isn’t fair for all students. But will the new score—formally called the Environmental Context Dashboard—truly capture the challenges that students face?

As an education researcher who focuses on matters of equity, I believe the new adversity score will be an inadequate remedy for a test that has been inequitable from the start.

The ‘Adversity Score’ Is Flawed

The family environment includes median income, whether the household is single parent, education level of the parent, and whether the family speaks English as a second language.

The high school environment includes curricular rigor, the free lunch rate, how many Advanced Placement courses are available, and how frequently students “undermatch,” or go to colleges that are less selective than the ones they are qualified to attend.

These factors won’t necessarily explain why a student in a particular area or household did well or poorly on the SAT.

For example, the vacancy rate doesn’t capture gentrification, a phenomenon in which predominantly black neighborhoods are seeing longtime black residents displaced by white, wealthier young professionals. So a child from an economically struggling family could be in neighborhood with low vacancy and high home values, but the child’s family may be struggling to stay in that area.

The adversity score also considers having a single parent as an adversity. However, a student could be in a two-parent household and still face adversity if one or both of the parents has a serious problem, such as drug or alcohol addiction.

Read “Competition Is Bad for Families but Good for Societies“

The SAT Is Rooted in a Racist Past

Adding an adversity score to the SAT does nothing to change the racist origin of the test—a past that reverberates to this day.

When Carl Brigham, a professor of psychology at Princeton University, created the Scholastic Aptitude Test, now known as the SAT, he was an active member of the Eugenics Society. This society believed in the supremacy of white people and in using education to work for the purposes of preserving the purity of the race.

Brigham wrote a book about what he saw as the inferiority of immigrants and black people to white people. This belief echoed in his testing of intelligence for the United States Army. Brigham concluded that “the army mental tests had proven beyond any scientific doubt that, like the American Negroes, the Italians and Jews were genetically ineducable.” He later adapted that test into the SAT.

Although Brigham later recanted his racist positions, the foundational purpose and theory had been cast.

This practice weighting questions to favor whites has been studied and verified in 2003 by Roy Freedle and again verified in 2010 by education researchers Veronica Santelices and Mark Wilson.

The SAT’s racist origins continue to echo in today’s formation of test items and how they are ranked. For example, in 2002, education researchers found that items on which black students scored higher than white students were discarded from the SAT.

A 2010 study confirmed that the test was continually shaped in a racially discriminatory way.

For instance, a 2015 version of the test asked students to analyze an argument that a woman’s place is in the home. A different problem on the same test had more boys than girls in a math class.

In short, the adversity score represents a flawed attempt to fix a flawed test.

As has shown by the recent college admissions scandal, there are several ways that more affluent people game the test. For instance, if students can afford the expensive test preparation programs, they, at minimum, are more familiar with the test format and sample items.

The advantage of money cannot be ignored. High SAT scores are highly correlated with higher family incomes. This undermines any claims that the SAT is objective.

On a more sinister level, several individuals in the college admission scandal have paid for disability designations so that their children have more time to take the test.

In short, the SAT has never been neutral about race, class or gender.

[Read “Why Do We Think the Working Class Is Less Intelligent?“]

Moving Away from the SAT

So, what to do with these facts? The SAT has been proven, time and time again, to fail as an indicator of achievement in college. It also is less predictive than high school GPA averages and family income levels.

Based on these disparities, colleges and universities can choose to stop using the test. An increasing number of institutions of higher education have decided to go test-optional.

If more colleges and students opt out of the SAT, it could break the SAT’s almost centurylong hold as a biased gatekeeper to college.

Short of not using the SAT, admissions officers and colleges could give more consideration to other things, such as essays or recommendation letters.

Students of color with the least advantage in terms of wealth don’t need saviors—they need a more just society.

This article was originally published at The Conversation and has been republished under Creative Commons.

Leigh is an educator, writer, and sociologist. She currently works at the University of Pittsburgh’s School of Education as the Associate Dean for Equity and Justice. Her research and writing focus on the ways that schooling often acts as a conduit for societal disadvantage, as well as the potential for education to be a tool for liberation.

Prior to working in the academy, Leigh was a junior and high school teacher, a journalist, and a state-level policymaker.

Leigh is an educator, writer, and sociologist. She currently works at the University of Pittsburgh's School of Education as the Associate Dean for Equity and Justice. Her research and writing focus on the ways that schooling often acts as a conduit for societal disadvantage, as well as the potential for education to be a tool for liberation. Prior to working in the academy, Leigh was a junior and high school teacher, a journalist, and a state-level policymaker.

Why We Should Still Listen to Award Speeches, Even if ‘They’re Just Celebrities’

Love in the Hands of Hate Groups: The Marketing of Bigotry