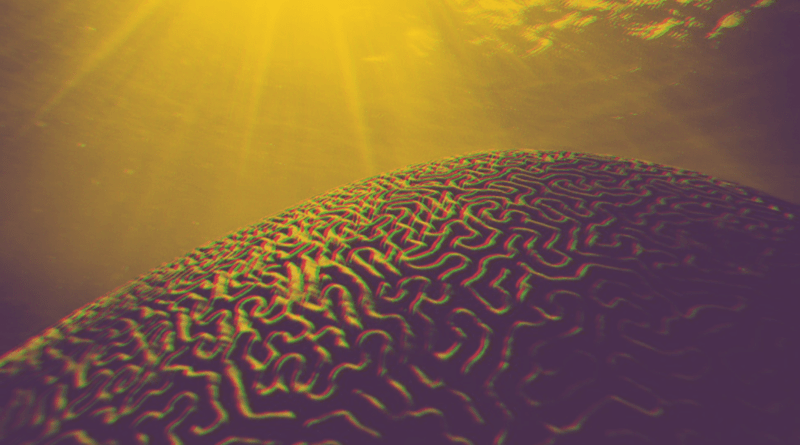 In a recent essay, I explored the idea that there may be something more to nature than merely matter. Engaging with insights from Ralph Waldo Emerson’s 1836 essay, “Nature,” I concluded that I do not “believe the forests and mountains, prairies and deserts hum with some special quality of spirituality . . . .”  Yet the point of my essay was that, despite this belief, there still seems to remain something to nature that I connect with deeply; what is that something?

The answer to this question might reside in a rather old theory that stretches back to ancient times—panpsychism. Derived from two Greek words, pan (all) and psyche (soul or mind), it holds that all things have some degree of consciousness. Panpsychism has found a contemporary champion in Philip Goff, an emergent philosopher of mind who has demonstrated a willingness to engage in vigorous public discussions with critics, acknowledging that while panpsychism might sound rather fantastic, it is probably true. He makes his most thorough and popular case for panpsychism in his 2019 book, Galileo’s Error: Foundations for a New Science of Consciousness.

[Read “Alone in One of Nature’s Threshold Places”]

Contemporary panpsychism advocates the view that consciousness is a fundamental and ubiquitous feature of all things. It does not imply that all things have the same kind of sophisticated, complex thoughts we associate with human beings, but all things do have a subjective experience of some kind.

This theory attempts to find a middle path between the two standard positions related to consciousness, that of dualism and physicalism. Dualism posits that our mind (or consciousness) is separate from our body. The brain does not give rise to the mind, meaning its origin is not a product of physical conditions, thus dismissing the standard cause and effect relationship. Rather, the mind is something entirely independent of the body which humanity has generally taken to mean there is something very special about us. While this is a popular conception, some think the theory falls flat because it cannot identify from where the mind originates. If it exists, it must have come from somewhere.

Physicalism, on the other hand, posits that the mind can be fully accounted for in terms of physical entities and processes. Just as everything else in the body is a result of physical processes, so is the mind. But Goff argues—supported by philosophers like David Chalmers, Joseph Levine, and Robert Kirk and Roger Squires—that after decades of neuroscience exploring the brain, we have not the faintest idea how to make sense of experience being generated from material activity such as the firing of neurons.

Goff fully acknowledges that the scientific project since Galileo is responsible for tremendous human progress and our understanding of the universe, but has not been able to account for consciousness. Experience is entirely subjective, and as best we know science does not have an explanation as to how it arises from the brain.

[Read “Sentience, Not Consciousness, Is Key to the Cosmos”]

What Exactly Is Matter?

Mathematics does so much to offer working approximations of our physical universe. In fact, Galileo famously called mathematics the language of the universe, and while this objective, quantifying perspective is helpful in many cases, it fails to explain things from an experiential standpoint. Physics and mathematics do a very good job of telling us what matter does and is a marvelous tool for prediction, but it cannot tell us what matter is.

Take an electron for example. Physics tells us things such as electrons have a certain mass and negative charge, and that a negative charge repels other negatively charged things in order to attract positively changed things. These are important properties and prediction aides of an electron and its behavior, but this only tells us what an electron does. In Galileo’s Error, Goff notes, “And yet intuitively there must be more to what an electron is than what it does. An electron must have an intrinsic nature, as philosophers like to say.”

What is an electron is very different from what an electron does. Now let us take human beings for example. The human part is easy. Science can tell us all kinds of things about a human such as its identifying features and the physical events that occur within a body that cause it to function in the way it does; these are all aspects of matter. While science can tell us about what a human does, it cannot tell us what a human is. This is the aspect of being. What is a being?

Problem 1: We need a place for consciousness.

Problem 2: We have a huge hole at the center of our scientific story [that science can explain so many things but cannot account for how the brain gives rise to consciousness].

Solution: Plug the hole with consciousness.

In other words, consciousness is the intrinsic nature of matter.

If this is true, that all things have a degree of consciousness, then it might help answer my question related to nature. But what exactly does it mean for consciousness to be ubiquitous?

[Read “Play Is the Metaphysics of Becoming”]

A World Filled With Community and Consciousness

How is it that we become aware of another being? Not only are other human beings animate, but we recognize something within them that speaks to a unique nature, a certain something that is beingness. We have similar encounters with other animate creatures: the pets we keep and the varieties of other animals we encounter outside of our homes. These creatures’ subjective experiences appear less sophisticated than ours, yet when we encounter them are we not acknowledging other minds, other consciousnesses?

Considering the practical consequences of our ideas might shed some light on the matter. In the final section of Galileo’s Error, Goff explores the damage a dualistic view of nature can have. The dualist considers the world outside of its unique consciousness as mechanistic matter which lacks the consciousness that sanctifies human existence. This gives justification to the viewpoint that allows the natural world to be exploited rather than revered and seen as possessing the same kind of intrinsic value we see in ourselves. It is here that panpsychism offers a perspective that might change our relationship to the natural world—that we are conscious creatures embedded in a world of consciousness.

Though we do not always get it right, we try to treat other humans not as objects but individuals with value and purpose who are worthy of our moral consideration. This is partially what I mean by being able to recognize a certain something within humans and even animals. It is this something— the ability to experience, perhaps expressing individual agency—that causes us to assign moral value to them. From Galileo’s Error: “What if children were raised to experience trees and plants in the same way, to see the movement of a plant toward the light as expressing its own desire and conscious drive for life, to accept the tree as an individual locus of sentience.”

There have been multiple studies, many mentioned in Goff’s book, on ecosystems, smaller plant communities, and individual plants that strongly suggest, if not outright confirm, that plants communicate, learn, and remember. Because of this Goff claims, “I can see no reason other than anthropic prejudice not to ascribe to them a conscious life of their own.”

If consciousness were out there in the forests through which I walk, am I not amidst a community teeming with conscious life—of trees and flowers, butterflies and bees, toads and elk—rather than simply strolling through mere mechanistic matter? If instead of cogs that do nothing more than obey a mandate of evolutionary survival there exists a network of mutual support and care, would this not have massive implications of how we view the natural world?

It would introduce a number of staggering moral and ethical dilemmas, but it would also confirm the notion that we are a part of the world rather apart from it, ushering in an entirely new perspective of the environment which we rely on for survival, making it an end rather than a means to an end.

Perhaps this fills the gap I have when out in nature between my own sense of self and what I am told is nothing more than matter. Could it be an explanation to the kinship I sense, a type of community of consciousness?

Derek teaches philosophy at the high school level where he focuses on, among other things, philosophy of religion. He is a contributing editor for Erraticus, holds a bachelor’s in English and History, and a master’s in educational administration.

Derek teaches philosophy at the high school level where he focuses on, among other things, philosophy of religion. He is a contributing editor for Erraticus, holds a bachelor’s in English and History, and a master’s in educational administration.

One thought on “A Community of Consciousness: Bridging the Gap Between Mind and Matter”

Sentience, Not Consciousness, Is Key to the Cosmos