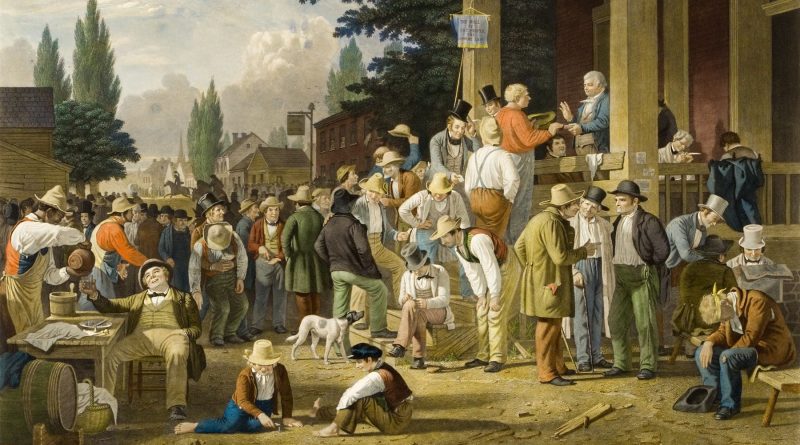 Many hands and teeth have been wrung and gnashed, both among pundits and the public at large as a result of the recent assault on the U.S. Capitol Building. We are repeatedly told, and many of us vehemently agree, that the DC raid constituted a violent attack on “our democracy,” an attack which all true Americans have a sacred duty to repel. And we have been instructed to say a fervent prayer of thanks to those House and Senate members who reconvened that very evening to count and certify the Electoral Votes, just as our Founding Fathers are said to have envisioned.

For their contrasting part, of course, many defenders of the Trump-supported riot insist that those activities were themselves undertaken to “defend democracy.” They claim that the results of the November Presidential Election, at least in those half-dozen states in which they do not like the outcomes, should not be believed to reflect legitimate democratic procedures. What would actually do that, they insist, requires either taking a mulligan in those particular states by requiring revotes or simply declaring Trump the winner in all of them with no additional process required. In a word, what they say is needed is whatever they believe would guarantee that the forty-fifth President will remain in the White House for another four years.

So, there is no doubt that we have a widespread, deep-seated disagreement on our hands. Each side warns of the other inclining toward “mob rule,” while neither seems to understand that there are no historical examples of “mobocracies” that also exemplified even the most radical legitimately democratic procedures. One may ask, then, “What is this democracy that one group claims must be protected by ensuring Biden is put in office, and the other says can only be served by keeping Trump there?”

We might answer this by saying that it’s whatever procedures the statutory laws and constitutional provisions—both federal and state—require. But, again, even if we waive the objection that not everyone thinks those constitutional provisions are democratic, there are fundamental disagreements regarding what outcome must ensue for us to be sure that those procedures have been followed. In the U.S. these, sorts of stalemates are generally resolved by the courts, but it seems pretty clear that whatever rulings have or will emerge (or even might have emerged) can do little to defuse this controversy. The losing side would surely complain loudly that the case was poorly put or the decision wrong, that our precious right to self-government has been allowed to disappear.

This dangerous situation has come about because, in actuality, neither side cares at all about authentic democracy—though it should be admitted that the Democrats do seem more interested in verifiable facts and the rule of law. Well then, what would it mean to actually care about “defending democracy”? In my view, this can’t be seen through the lens either of what we consider to be the real results of this election—with or without a little jiggering—or what we think the “Founding Fathers” wanted for us, whether or not those eminences managed to ensconce their ideals in our Constitution.

Read “Suspending Politics to Save Democracy”

Requisites for an Authentic Democracy

In my new book, Democratic Theory Naturalized: The Foundations of Distilled Populism (2020), I argue that it is political outcomes, whether they involve the victory of any person, gun or abortion rights, environmental protections, or single-payer health insurance that most people really care about. Such folks consider democracy a good thing only if it gets them the outcomes they want. If it won’t do that, they’ll try to monkey with it—or even dump it completely. That certainly has been the position of both Marxian socialists like Vladimir Lenin and libertarian anarchists like Murray Rothbard.

So, what is it to really support democracy? It is generally accepted by scholars that what makes for authentic democracy is the satisfaction of something like these two principles.

It should be noted that the American federalist system with its Electoral College provisions, plurality elections, two-members-per state senate, and prolific gerrymanders does not satisfy these principles. But to be a sincere (small “d”) democrat, a person has to support both (1) and (2), regardless of whether their implementation will get them the outcomes they personally desire.

Read “We’re Overdoing Democracy. But Why?”

Why Not Be Ruled by Experts and Philosophers?

Political philosopher Jason Brennan has made two objections to a democratic faith of the sort I profess. First, he claims that common folk are either too ignorant or too irresponsible (or both) to be put in charge. What they want may be ill-considered, and even if it is sensible, their proposals for getting it are likely misguided, since the average voter should be expected to know little about the nuances of public policy. Why, he asks, would anybody let such a group have power over them? Second, he says that exalting democracy is silly since a single vote will never make any appreciable difference in even a relatively small election. We’re not arguing about cake, he says, but crumbs.

A complete response to anti-democratic objections of this kind takes more time and space than I can give them here (I hope I have been thorough in my book!), but I can summarize the most important considerations. They involve the recognition that the purpose of elections is simply to indicate the choices of the electorate regarding the options given. Votes should not be considered to be complete expressions regarding the subtle matters of public policy. And they don’t provide truths—or even the probability of truths. They are just indicators that must be aggregated accurately. Where there are gaps in information between choices and policies, they can’t be fleshed out by self-proclaimed experts like Brennan, but only by representatives (subject to recall) who are picked by the voters in appropriate ways.

On the matter of the meaninglessness of single votes, it’s hard to deny that in our current single-member, first-past-the-post, gerrymandered elections, individuals have very little say. In my book, I suggest a village stew metaphor to indicate what voting might be like in a significantly reformed system:

“Consider a village society in which the central council provides a large feast for all the citizens each week. The way the feast has been arranged is that the council cooks a giant stew. The cooks have all the ingredients except seasoning: that is supplied by the villagers. Each person in this community may donate one equal-sized packet of either salt, pepper, cardamom, cilantro, oregano, garlic, basil or something entirely tasteless that still takes up the same amount of volume. So those who like salty food will bring salt, those who like garlic will bring that, etc. Those who like bland food will bring the tasteless seasoning, and those who don’t care one way or the other will likely abstain (or come with whatever their families or friends urge them to bring). If you like garlic, it seems foolish not to bring some—even if your failure to do so is unlikely to make an appreciable difference in the taste of the stew. You may need there to be 100 packets of garlic in all for the stew to take on a bit of that flavor, but if you put your packet in, only 99 others will be needed. Encouragement of other garlic lovers may help—so you must be free to do that; and it must be the case that the council won’t just throw out the garlic packets because one of the elders doesn’t like the stuff. On the view urged in this book, to vote is to make your own contribution to the ‘taste’ of the society you will have. While it ought not to be required of you, it will be the case that a failure to add your own fragment of the people’s will—however small—is just self-harm—unless you really don’t care one way or the other.”

There are limits to this metaphor, however. One canny commentator has suggested that my stew will be a culinary monstrosity, and thus a lovely illustration of too many cooks spoiling a broth. He’s right, and that’s why a good system will not propose that the voters (villagers) actually be personally engaged in the legislature (galley, or even in the spice selections), but rather have them choose representatives (chefs) with tastes similar to their own. These trustees should then be required to consult or deliberate among themselves, fairly and efficiently, in the construction of the policy (repast).

Read “Epistocracy: A Better Form of Democracy or Rule by Philosophers?”

Of course, the system we are living with now does not have a number of the features that I claim are required for authentic democracy. For example, I think both approval voting and proportional representation are necessary. The Electoral College is a relic, originally imposed to prevent equal vote weights—and is still doing that job. And the Senate Filibuster does little but deny power to the representative majority, even in a body that was set up specifically to deny power to the majority of the populace. But such shortcomings just provide additional reasons for dropping the sanctimonious palaver.

Neither the champions of our current, antiquated mess—with its Electoral College, Senate Filibuster, state gerrymanders, and the rest—nor those who think it’s acceptable for minority groups to overturn any election results they dislike (by force of arms if necessary) can justly be called “defenders of our democracy.” Those who truly revere self-government (not “ours” but the real thing) will be found neither in armed militias nor backward-looking Federalist Societies, but in groups working to enlarge the franchise, eliminate gerrymanders, foster proportional representation, reform campaign finance laws, replace impeachment with recall provisions, and, generally, ensure that the United States is really a polity by, for, and of the whole people.

Walter received his Ph.D. in Philosophy from Brown University in 1978. In addition to numerous papers on epistemology, public policy, and aesthetics, he is the author of three books: The Perennial Solution Center: Conversations and Readings in Mysticism and the Psychology of Religion (2003); The Roots of Representationism: An Introduction to Everett Hall (2013); and Democratic Theory Naturalized: The Foundations of Distilled Populism (2020).

He lives with his family in a western suburb of Boston, Massachusetts where he is currently working his way through the 47 novels of Anthony Trollope for the second time.

Walter received his Ph.D. in Philosophy from Brown University in 1978. In addition to numerous papers on epistemology, public policy, and aesthetics, he is the author of three books: The Perennial Solution Center: Conversations and Readings in Mysticism and the Psychology of Religion (2003); The Roots of Representationism: An Introduction to Everett Hall (2013); and Democratic Theory Naturalized: The Foundations of Distilled Populism (2020). He lives with his family in a western suburb of Boston, Massachusetts where he is currently working his way through the 47 novels of Anthony Trollope for the second time.

3 thoughts on “Who Cares About Democracy?”

Trust in an Age of Reactionaries and Revolutionaries