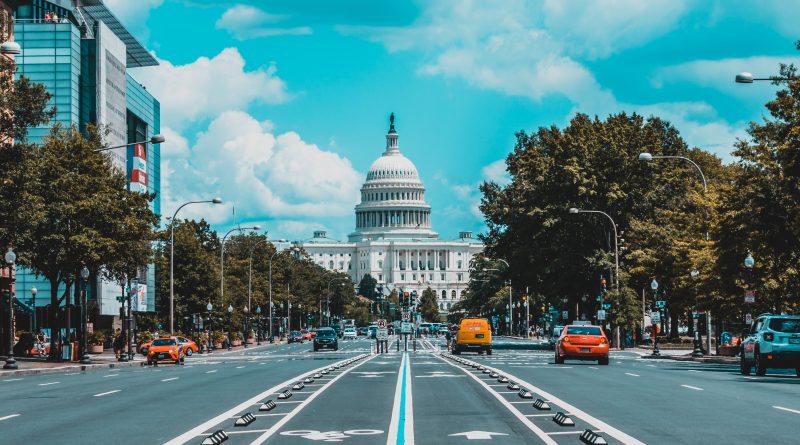 Democracy has always presented a challenge for its citizens. We are required to tolerate disagreement while recognizing that those with opposing political views are owed equal democratic rights, recognition, and voice. On the other hand, Donald Trump is President of the United States.

In his book, Overdoing Democracy (2019), Robert B. Talisse describes the aftermath of Trump’s win mildly, but accurately, on the opening page:

“For those who supported Hillary Clinton, the loss was especially dispiriting, as many of them harbored sincere reservations about Trump’s fitness for the office that he won. On the other side, Trumps supporters evinced a tendency to gloat in ways suggesting that they regarded his victory as a much-deserved slap in the face of the political establishment, a body they took to include anyone who didn’t vote enthusiastically for Trump.”

[Read “A Tough President and an Unsettled Nation“]

Caught in the Cycle of Polarization

The situation has not improved. The United States is caught in a vicious cycle of partisan polarization. Moreover, Trump has shown himself willing to stoke bigoted and sexist divisions more openly than any recent president.

As a result, support for President Trump can appear driven by personal animosity toward vulnerable groups. While not every supporter of President Trump is an out-and-out bigot, many anti-Trump voters are all the more willing to write them off as culpably ignorant of civic and social matters. These attitudes only confirm to Trump supporters their caricature of the “political establishment.”

This cycle of polarization is magnified by a glut of partisan media outlets that filter out anything disconfirming of their audience’s favored views. Constant exposure to this media, as Talisse thoroughly documents, makes us more confident in our untested beliefs. It tends to make us, as he puts it, more “extreme versions of ourselves.”

Political divides have always been part of the American fabric. Writing in the nineteenth century, Ralph Waldo Emerson lamented that if he but knew “your sect” he could “anticipate your argument.” But today I can claim the same of your beer or coffee—our sect has become our brand. In short, many of us have lost the capacity to interact with one another, or even live our daily lives, independently of political saturation.

“Civic enmity is different from the forms of antagonism and rancor that are characteristic of a healthy democratic polity. . . . Civic enmity is rather the disposition to regard one’s political opponents and critics as ipso facto unfit for democratic citizenship. It is the view that no degree of deviation from one’s own political viewpoint is consistent with proper democracy; thus it involves the position that anyone who holds democratic political power but dissents from one’s own political perspective is therefore a threat to democracy itself. Thus another formulation of our central problem: overdoing democracy activates the polarization dynamic, which promotes civic enmity and civic enmity undermines democracy.”

This is the diagnosis, grounded solidly in social scientific data that Talisse lays out for his readers. We are a nation divided in increasing civic enmity. One consequent recommendation made in Overdoing Democracy involves rejecting our partisan personas as an immutable feature of civic life.

Of course, this is easier said than done. As Talisse acknowledges himself, there are some views that are beyond democratic legitimacy. Racist views, for one, have no place in public deliberation. Yet various policy agendas of the current administration smack of race-based bigotry and xenophobia.

Furthermore, President Trump and a significant number of Republican legislators brazenly reject the scientific consensus that human beings cause climate change. This makes Trump’s presidency a real threat, without exaggeration, to the long-term stability of modern civilization.

No democratic good is achieved by splitting the difference on things like climate change and bigotry. The project of putting politics in its place is not an exercise in both-siderism. Instead, Talisse proposes that we look to engage with our fellow citizens in activities irrelevant to our political affiliations. While this will not be a panacea for a broken nation, it is nevertheless a task we must take on, if we wish to rebuild the sense of civic forbearance necessary in any healthy democracy.

[Read “Engaging in Civil Arguments Is Effective Against Extremism“]

It is understandable that those opposed to bigotry and environmental destruction view supporters of Trump as complicit enablers of social and environmental injustice. Indeed, that is what they are. Yet it is also true that otherwise decent people support and enable maliciously destructive politicians. Donald Trump is nothing if not a con-artist. In imperfect democracies, which are the only kind of democracies that exist, such situations are inevitable.

Trump’s presidency requires robust opposition from those who value democratic norms and institutions. At the same time, if we treat Trump supporters as little more than enemy collaborators, then we surrender the democratic norm of civic tolerance. Talisse discusses the virtue of civic-friendship. Such friendship is not based on fondness, but on the mutual recognition that both parties are engaged in the shared project of democracy. I prefer civic-tolerance or forbearance to friendship—but this is a semantic difference. The broader point stands.

If we want to promote democratic politics we must paradoxically learn when to suspend politics. This does not require political disengagement; on the contrary, Talisse asks that we recognize how irrelevant our political affiliations already are, in most of our daily interactions. We need never tolerate abuse, bigotry, or pseudoscience. Yet in many everyday interactions, we have the opportunity to interact with fellow citizens who genuinely share some of our values and commitments.

[Read “We’re Overdoing Democracy. But Why?“]

Talisse’s recommendation, and, indeed, his entire thesis depends upon the liberal distinction between the public and private sphere. This division proposes that politics, though natural to human existence, is constructed for something other than politics itself.

A just political system is meant to secure the means of living satisfying private lives. When we allow politics to saturate every aspect of our personal lives, we crowd out other aspects of a good life.

Talisse offers a familiar example: the anxiety many face around holiday gatherings. It may be the case that we feel pressured to address family members we believe to be politically misguided. Yet, he suggests, the best thing we can do for democracy may be to remind ourselves that family gatherings are not matters of national politics. They are, Talisse holds, about something else.

One might well counter that everything is political. Indeed, this slogan is meant to flag the influence politics has in the personal sphere. But the liberal position Talisse defends need not deny the ubiquity of politics. There are times when politics encroaches on and harms the personal, private sphere. When it does, the appropriate response is political, and entails public, civic resistance to the circumstances, conventions, and institutions that sustain unfair hardships.

Slogans declaring the private to be political are no use against legislative interference in a woman’s reproductive health, for example. Likewise, such mottos do not guard against efforts to dismantle the wall of separation. Nor do such mantras distinguish the research findings of climate scientists from the politicized disinformation campaigns of fossil fuel corporations. To the contrary, blurring the distinction between the public and the private plays into the hands of powerful agents who would limit women’s reproductive choices, force their religion into the public square, and deny all of us the right to a healthy natural environment.

When we allow the political to bleed into the private, we reduce, as fascists would have us do, democratic politics to power struggles. Such a world favors power but not justice.

When we find ourselves adrift toward these conditions we must, as the subtitle of Talisse’s book tells us, learn to “put politics back in its place.”

Early reviews of Overdoing Democracy have offered consistent praise—and with good reason. It is a rare academic text that remains accessible to intelligent non-philosophers without sacrificing philosophical substance. Robert B. Talisse has managed to provide such a text.

Lawrence is Associate Professor of Philosophy at Rochester Institute of Technology. He specializes in moral and political philosophy. His recent research explores the moral implications of climate change denialism and disinformation campaigns. His writings have appeared in the Guardian and the Conversation. He is currently working on a book examining the moral and epistemic requirements of liberalism.

Lawrence is Associate Professor of Philosophy at Rochester Institute of Technology. He specializes in moral and political philosophy. His recent research explores the moral implications of climate change denialism and disinformation campaigns. His writings have appeared in the Guardian and the Conversation. He is currently working on a book examining the moral and epistemic requirements of liberalism.

How CBT Strengthens Political Life and Untruths That Weaken It