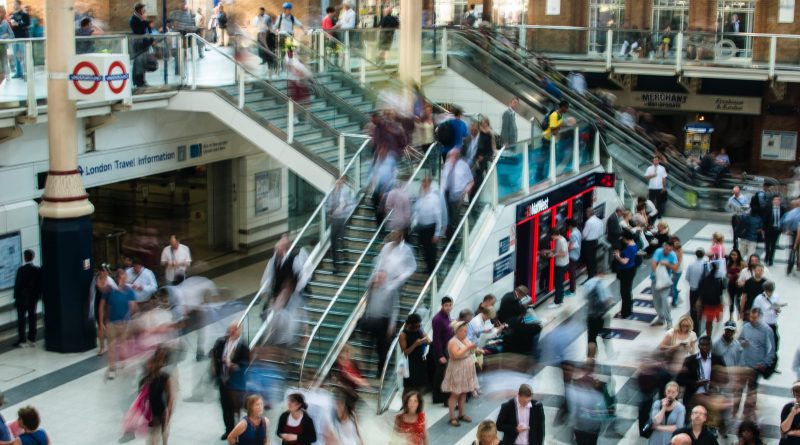 “Of all the ridiculous things,” the Danish philosopher Søren Kierkegaard writes, “the most ridiculous seems to me, to be busy—to be a man who is brisk about his food and his work . . . . What, I wonder, do these busy folks get done?”

Busyness, unlike what some might believe, does not signal importance, but rather is proof that the busy person does not know where he or she is headed here in life. Being busy is like a robot running around looking for an input. Haste makes waste. It is ridiculous.

Haste is closely tied to general inattention (e.g. how we relate with care and awareness to what is happening). Do we learn from our previous experiences or disregard them? For example, hangovers or moral scruples can get many people to drink a little less the next time. If not after the first time, then the second.

Haste becomes waste is intimately tied to the fact that many people have forgotten to inhabit their body. To acknowledge is not a passive activity like digesting a sandwich, but something active. An inhabitation of the body is involved. It moves in the direction of sound, of smell, of touch. The body can help us connect with life by qualifying the extent to which there is a reason to hurry. For example, upon hearing a child scream, I can turn to see whether the child is doing so because her father is swinging her about in affectionate play.

One of the first Western psychotherapists, Wilhelm Reich, was interested in how the body’s energies influence the mind. Reich believed that the unconscious was not located in the brain but rather flowed through the body’s soft tissue. Although it is possible to feel bodily sensations such as pain, tension, and tenderness, most of us are rarely conscious of our body—until it hurts. In the day-to-day, most of us are unconscious about our bodily sensations: we live primarily from the neck up.

[Read “Interoception Can Enhance the Depth of Our Emotions“]

This can be reminiscent of Mr. James Duffy from James Joyce’s short story, “A Painful Case” (1914): “He lived at a little distance from his body, regarding his own acts with doubtful side-glances.” Mr. Duffy lives without contact to his body, which he views askance as if his body did not belong to him. Whose ass is it he sees in the mirror?

Perhaps, the rushing people Kierkegaard refers to as ridiculous are only chasing their minds. They might not even notice their own busyness. The morale is that all of the bodily sensations that are not felt or registered can be considered unconscious. Thus, the unconscious is not something deeply concealed, but just something as yet unknown. Haste becomes waste because we have no time to explore or examine life—in the here and now. As Plato’s hero Socrates states, “The unexamined life is not worth living.” Why not adopt this statement for all aspects of life and suggest: the unexamined friendship, relationship, profession is not worth being in or doing?

To examine requires the opposite of haste such as paying attention potentially.

Although it is customary to blame the Internet and social media for most wrongdoing, I do not think the concept haste makes waste can be explained by increased speed and technology alone. It is more likely tied to a fundamental lack of attention to and ignorance about what is important. Life today is filled with people suffering from sensory amputation. They rush around without getting anywhere. This may sound arrogant, but next time you meet a busy person, who is always in a rush, ask where he or she is heading. The simple question might shock them to slow down and actually think.

[Read “Kierkegaard: The Philosopher of Responsibility?“]

Like the rest of us, they too come from nowhere getting elsewhere. The point is to slow down once in a while, and do nothing. I do nothing every day. Perhaps—at least, it happens for me—then we realize if it is worth going anywhere—and going there fast. In the end, we are all heading toward our death.

The question is whether we take the opportunity to live while we can.

This thing called vacation is a welcome opportunity to slow down, pay attention and examine whether your life is worth living. Most people rush for a reason. Seldom this reason is what makes their life worth living.

The Power of One Idea