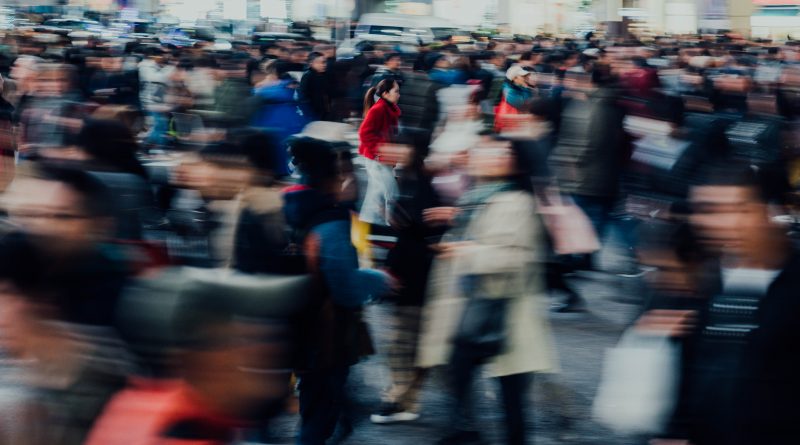 In recent years, transparency has been announced as a new utopian concept. Transparency, the claim goes, is the end of all wrongdoings. In a world where everything is transparent, there is—apparently—nothing to fear.

I fear that this assumption is all wrong.

According to Merriam-Webster’s Dictionary, the word transparency means “the quality or state of being transparent,” which means being “easily detected or seen through.” A transparent person, decision process, or society is one where nothing is being hidden—that is, all is out in the open.

This definition illustrates the problem with transparency as a moralistic concept. How does one hide nothing? Or, why hide anything if there is nothing to hide?

Transparency, I will argue, is an illusion that undermines the most elementary part of life: trust.

[Read “Competition Is Bad for Families but Good for Societies“]

Transparency Is a ‘Hell of the Same’

In the book The Transparent Society (1992), Italian philosopher Gianni Vattimo says, “All things are reduced to the level of pure presences that can be measured, manipulated, replaced, and therefore easily dominated and organized—and in the end man, his interiority and historicity are all reduced to the same level.” In a similarly titled book, The Transparency Society (2017), Korean philosopher Byung-Chul Han reaches the same reductive conclusion: “The transparent society is a hell of the same.”

Transparency leads to predictability. It’s a society that trims everything risky, chaotic, turbulent, or different to look the same. Such a society is characterized by its smoothness and a desire to make everything clean and neat, as Han writes in Saving Beauty (2018) when he detects this smoothness in artist Jeff Koons’s sculptures, as well as in iPhones and Brazilian waxing.

Still, regardless of these less encouraging descriptions of transparency, the general understanding of it is overtly positive. Uncritically, many people ask for more transparency when problems emerge. “The more transparent, the better” seems to be the mantra. For this reason alone, I think we need to reflect a bit more on the concept.

In his novel The Circle, Dave Eggers describes a company called “The Circle” that believes transparency is a moral good. A few quotes from the book may illustrate this. “We all have the right to know everything we can. We all collectively own the accumulated knowledge of the world,” says Mae, the female protagonist. “Secrets are lies, sharing is caring, privacy is theft.”

Transparency is a concept that operates on all three levels. It’s the right thing because it proposes it’s good for both you and me.

[Read “What Earthquakes Teach Us About Embracing Uncertainty“]

An Illusion That Undermines Society

Let’s look a little closer at the claims of the novel. First, the epistemological idea of bringing everything out in the open appears illusionary, mainly because many psychologists and philosophers do not believe that full access can be gained to either reality or our own consciousness. For example, in The Prime of Life, Simone de Beauvoir says that “reality extends beyond anything that can be said about it; that instead of reducing it to symbols capable of verbal expression, we should face it as it is—full of ambiguities, baffling, and impenetrable.” The world is bigger than our vocabulary. And yet, just because we can’t share all our experiences, intuitions, or tacit knowledge, this doesn’t mean they don’t exist.

Similarly, Sigmund Freud said, “The ego is not master in its own house”; regardless of how conscious we live, we can still be taken by surprise (i.e., Freudian slip). In addition, psychologist Jacque Lacan believed that during psychoanalysis, it is the unconscious that is speaking; therefore, no one knows what he or she is capable of until that person has heard him-or herself speaking unconsciously.

The dilemma is this: how can anyone be transparent when something about that person remains hidden?

Regarding the existential and political levels, we may look at transparency in an even broader context. The idea of finding transparency attractive and desirable has religious connotations. After all, being transparent shows that you have nothing to hide from the all-seeing eyes of God, even on a mental level. German sociologist Max Weber revealed parallels (not a direct cause) between Christianity and capitalism, especially the Christian denomination called Calvinism. Calvinism operates with a radical understanding of predestination, for Calvinists believe that God has already chosen who is going to be saved. This lack of individual knowledge regarding one’s possible salvation has caused many to suffer from doubt, insecurity, and loneliness. Am I one of the worthy few?

However, as Weber showed, a way of keeping these negative thoughts and feelings at bay is through work, and the Calvinists work hard. The moral, according to Weber, is that if one does not like to work, it is considered a symptom that one is not included in God’s plan. This illustrates how God or any higher power (more or less invisible) is capable of establishing a high level of self-control and discipline. As a consequence, the Calvinists are known to be very open or transparent about how hard they work and how much money they earn, because capitalist success would be seen as a sign of likely salvation and of God’s favor.

If we continue along the religious path, we discover that another German thinker, Walter Benjamin didn’t share Weber’s view. Instead, he suggests in an essay called “Capitalism as Religion” (1921) that “one must see capitalism as a religion.” Where Weber saw religion as the condition for capitalism, Benjamin claimed that capitalism is a religious phenomenon.

Benjamin characterized capitalism through three characteristics. First, it is “a pure religious cult.” In other words, capitalism is the practice that guides our lives; everything has meaning in relation to its objectives, including how we govern corporations, societies, and private lives. Second, capitalism is constantly pervasive; “there is no ‘weekday.’” Everything is capitalized as part of the cult. Third, capitalism creates guilt through debt or by failure to become more efficient and wealthy. We can only blame ourselves from our lack of success, just as we can always feel guilty for having not accumulated more wealth.

Transparency is a concept that puts me in infinite debt to the extent that I can never fully become sufficiently accountable for my thoughts, feelings, and actions. I’m forever guilty when I’m not transparent.

Furthermore, because transparency focuses on what can be measured and easily organized, it generates a lack of genuineness or respect that is required when dealing with diversity, whether these differences are personal, cultural, or merely political. Furthermore—and more importantly—transparency eliminates what Danish philosopher Knud Ejler Løgstrup believed to be the cohesion of all societies: trust. Løgstrup described trust as “an elementary” part of life, mainly because no one could live if they thought everyone wanted to harm them, steal from them, etc. It is this basic or elementary part of life that the call for transparency undermines.

The problem is two-sided. First, if my wife asks me to show all my emails or text messages, it appears as if she doesn’t trust me. Second, if she shows me all her emails and text messages (regardless my possible lack of interest), then indirectly I am under pressure to live up to this ideal as well. Next, we as a couple might feel that we need to share our daily small-talks with colleagues, dreams and desires to the extent that we can’t do anything else than just share what previously happened in our life, or might happen.

the end, we are never really paying attention to what takes place here and now; rather, we’re too preoccupied with sharing past events and future plans.

[Read “Jung and Freud Feud: Is It Sex or the Collective Unconscious”]

Transparency Does Not Make One Moral

To summarize: It’s not a question of whether I like or dislike other people’s openness; rather, what I problematize is the morale of transparency. More specifically the claim that morally good people are transparent per se, whereas only morally bad people are secretive. This, I believe, is a false logic. After all, there might be many reasons why people prefer to be less open in today’s rigid capitalistic performance society where everything seems to be subordinated to an end.

The French philosopher George Bataille invented the concept of heterology, “the science of what is completely other.” Here he wished to think that which is excluded, useless, or unmanageable such as waste, eroticism, or, I may add, addicts, people with disabilities, unemployed, immigrants, and in some societies, also women or homosexuals.

Therefore, what I fear is that transparency as a guiding norm favors those people or professions who are doing something useful and measurable, that is to say, that which gives status and prestige in a capitalistic society.

Notice that I am not concerned whether these people or organizations lie or not; rather, by neglecting all the aspects of life that is not useful in a measurable way such as lovemaking (unless the purpose is reproduction), or art, we homogenize and minimize the terrain of life. Another example could be scientific discoveries that often are a result of anomalies, that is to say, scientists accepting and questioning their own ignorance. Being curious requires courage and a society that trust its citizens and accepts that not everything serves a given end, at least not directly—because a scientist conducting research may not discover anything useful. Yet, if the ideal is that transparency equals both moral and knowledgeable superiority, it most likely only promotes conformity and undermines trust. It leads to a society of control.

Transparency is the end of trust and the birth of predictability.

One thought on “Transparency Is the End of Trust”

Overcoming Childhood Trauma and Other Heroic Lessons from ‘The Dark Knight’