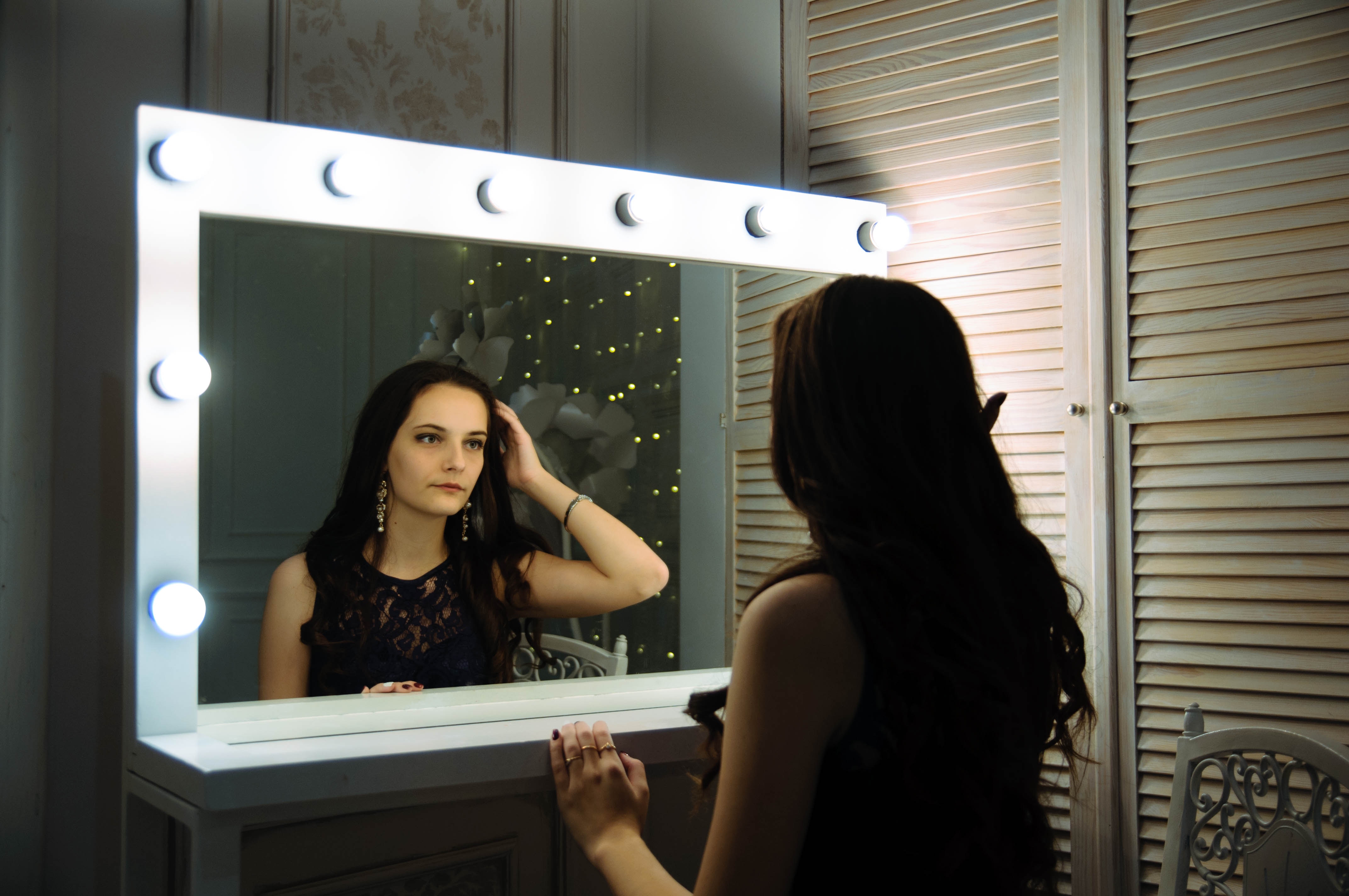 There is a meme that speaks directly to the hearts and minds of the overly self-conscious. Perhaps you’ve seen it; it goes something like this: “Brain: ‘I see you are trying to sleep. May I offer you a selection of your most embarrassing memories from the past 10 years?'”

At first, it seems odd to think that this meme is so popular among those of us whom you would call ‘millennials,’ who grew up steeped in the self-esteem movement of the 1990s. We were raised, after all, to love ourselves, not to quietly torture ourselves with decade-old memories. We were taught in classroom exercises how special we were, the prevailing pop-psych theory of the day being that high self-esteem would carry us to success.

And yet this turns out to be poor preparation for dealing with the everyday embarrassments of being human. Instead of single-mindedly trying to love yourself, may I suggest a self-directed attitude that has been famously called the opposite of love: indifference.

In the 2000s, as the self-esteem movement was aging, psychology researchers began publishing a series of papers on something called self-compassion, which Kristin Neff at the University of Texas at Austin in 2003 defined this way:

“[B]eing open to and moved by one’s own suffering, experiencing feelings of caring and kindness toward oneself, taking an understanding, nonjudgmental attitude toward one’s inadequacies and failures, and recognizing that one’s own experience is part of the common human experience.”

Back then, much of this work sought to contrast self-compassion with self-esteem. Consider one study that relates to the aforementioned meme, in which researchers asked college students to recall an embarrassing high-school memory. Some of the students were then given writing prompts meant to bring out their self-compassionate side; they were told to “list ways in which other people also experience similar events,” and to express “understanding, kindness, and concern to themselves in the same way that they might express concern to a friend.” In contrast, other students were given writing prompts intended to stoke their self-esteem: they were told to “write down [their] positive characteristics” and to describe why an incident wasn’t really their fault—and that, anyhow, the event “does not really indicate anything about the kind of person [they] are.”

The point, the researchers go on to argue in that paper, subtitled “The Implications of Treating Oneself Kindly,” is that the tenets of self-esteem will tell you to try to convince yourself that the stupid thing you did wasn’t really all that stupid—or if it was, that it was someone else’s fault. Self-esteem tells you to focus on all your wonderful, positive qualities. In contrast, self-compassion says it’s best to acknowledge your own role in an unflattering moment; when the memories come back at night, a self-compassionate person will say to herself: “Huh, yeah—that really was pretty embarrassing.”

Self-esteem tells you to focus on all your wonderful, positive qualities. In contrast, self-compassion says it’s best to acknowledge your own role in an unflattering moment.

But she’ll also say: “So what?” Plenty of other people have embarrassed themselves in similar ways. In the end, this study showed that those who’d been prodded toward the direction of self-esteem felt worse about themselves after remembering the high-school embarrassment than those who’d been led toward self-compassion.

Self-esteem has fallen out of favor, and it is starting to seem these days as if self-compassion is taking its place. The headlines that keep popping up are: “Why Self-love Is Important And How To Cultivate It” (Medical News Today, 23 March 2018); “8 Powerful Steps To Self-Love” (Psychology Today, 29 June 2017); “The Not-So-Secret Secret To Happiness: Be Kinder To Yourself, Okay?” (The Cut, 22 April 2016). (Fine: I wrote the last one.) The focus in these pop-psych stories tends to stay squarely on the first part of Neff’s 15-year-old definition: “experiencing feelings of caring and kindness toward oneself, taking an understanding, nonjudgmental attitude toward one’s inadequacies and failures.” From reading many of these pieces, self-compassion seems like self-kindness, and nothing more.

But it’s the second part of that definition that has proven the most helpful for me: “recognizing that one’s own experience is part of the common human experience.” It’s the idea of taking a zoomed-out look at yourself, and realizing that you are more similar to others than you are different, even (maybe especially) considering how ridiculous you often are. As Neff herself said in an interview with The Atlantic in 2016: “[W]hen we fail, it’s not ‘poor me,’ it’s ‘well, everyone fails. Everyone struggles. This is what it means to be human.’”

In fact, it’s this part of the definition of self-compassion that makes me question whether it should be called self-compassion at all. Neff’s concept isn’t really about adoring yourself, or not entirely, anyway; this piece of it isn’t actually about you. Rather, it’s about the importance of recalling that you are but one small part of an interconnected whole.

Self-compassion . . . [is] about the importance of recalling that you are but one small part of an interconnected whole.

For me, the term “self-indifference” communicates this part of Neff’s message better than her own term does: when it comes to embarrassing moments, it means considering your own highlight reel of flaws, acknowledging that, yes, maybe the moment really was that bad—but then responding with a shrug. It is, to come back to my earlier point, something you could call self-indifference, by which I mean the comfort of realizing that you are not all that unique.

Really, though, self-indifference and self-compassion are just new-fangled terms for an ancient concept: humility. We tend to think of humility as if it means putting yourself down, a mischaracterization that a recent study in The Journal of Applied Psychology seems to buy into in its examination of “humble leaders.” Humility in a manager, according to these researchers, is defined as “being open to admitting one’s limitations, shortcomings and mistakes.” To be humble, in these researchers’ view, is to focus on your flaws.

Really, though, self-indifference and self-compassion are just new-fangled terms for an ancient concept: humility.

But modern scholars who study humility see it differently. Humble people don’t focus on their flaws—not exactly, anyway. It’s more that humble people don’t focus on themselves very much at all. “This is not to say that a humble person fails to care about her own welfare or pursue her own interests—it is simply that she sees these as being deeply intertwined with the welfare and interests of others,” write the authors of a 2017 paper in The Journal of Positive Psychology. You are important, and you are worthy of love, just like we millennials were taught in school—but that’s true only because everyone is important, and everyone is worthy of love. You matter because everyone else matters. It reminds me again of the way in which Neff defines what she would call self-compassion, and I would call self-indifference: “recognizing that one’s own experience is part of the common human experience.” Maybe the most compassionate attitude you can take toward yourself is to stop obsessing over yourself.

This is the great relief of self-indifference, especially for those of us raised in the self-esteem movement. The truth is that you aren’t that big of a deal. And isn’t that great?

Melissa is editor of New York magazine’s Science of Us, and the author of Cringeworthy: A Theory of Awkwardness (2018). She lives in New York.

Melissa is editor of New York magazine's Science of Us, and the author of Cringeworthy: A Theory of Awkwardness (2018). She lives in New York.