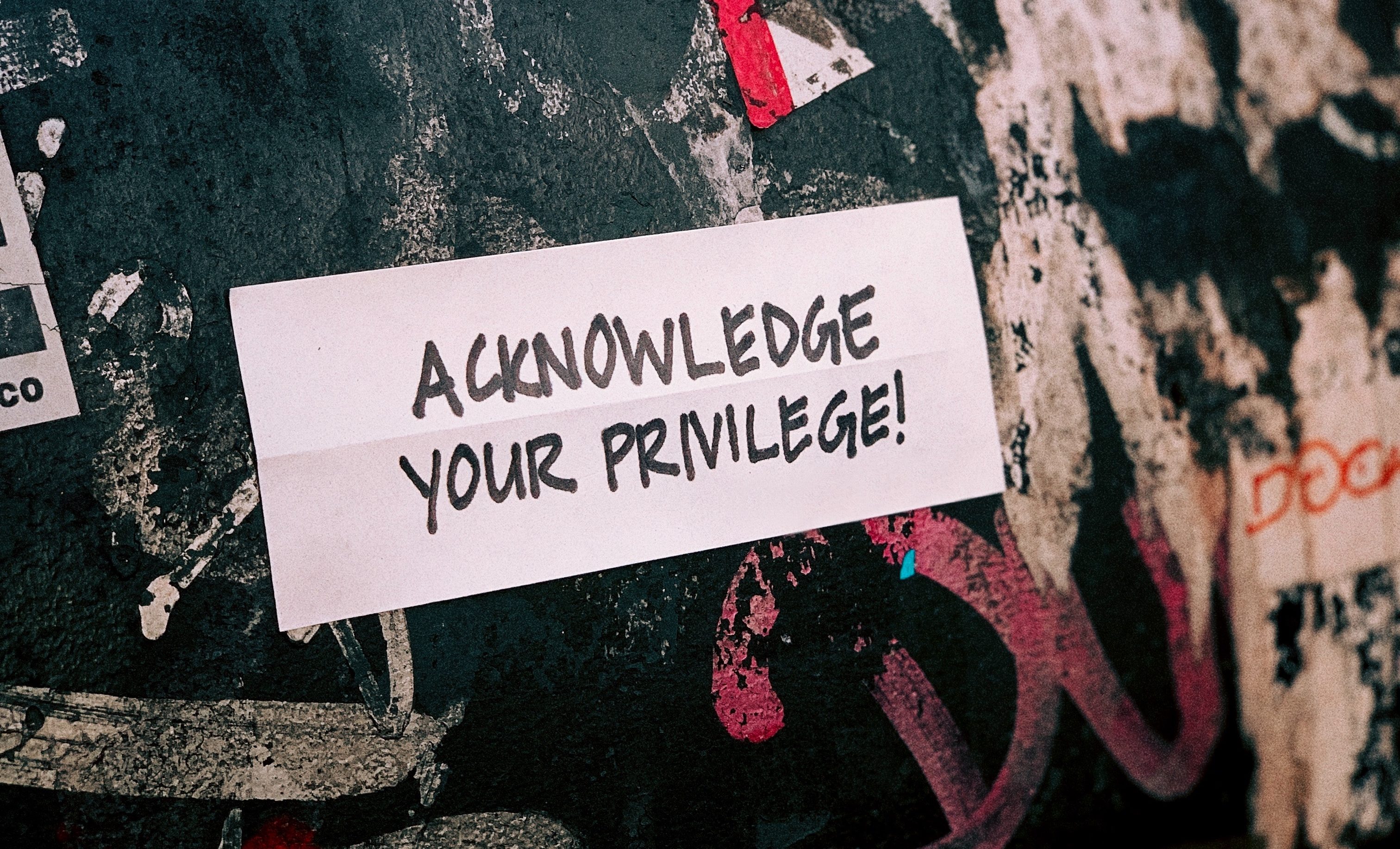 In the ongoing culture wars, the latest tactic is to claim that intersectionality is a and a bad one at that. A new religion of “social justice-ism” is just as dogmatic as the most conservative Christian fundamentalism. Articles about this new religion come from a range of perspectives—from bloggers on Reddit to university professors to political commentators—who decry what they consider to be doctrinaire teachings. Even political liberals have expressed dismay over the arrogance of those in the “church of social justice.”

Perhaps the most thoughtful and extensive analysis of intersectionality as a religion comes from James Lindsay and Mike Nayna. They identify the soteriology, or doctrine of salvation, of the social justice faith, along with the rituals, prayers, and morality practiced by adherents. (I am using the terms “religion of intersectionality” and “social justice faith” interchangeably, as do the authors.)

One of the main criticisms that Lindsay and Nayna have, like other critics of the social justice faith, is what they feel is the irrational worldview of “social justice warriors.” As they write, “At the heart of every faith is a blurring of rigor through appeals to mystery that are intended to be mistaken for profundity.” Thus, the fundamental problem with social justice advocacy is not the causes that are pursued, but the religious, and therefore, illogical foundations of their proponents.

All of this begs the question: what is religion?

The answer to that query has always been contested. Ever since Saint Augustine declared that religion is the worship of God, ideology has shaped the answer. Indeed, the bishop’s complete definition excludes everything but Christianity: “True religion means the worship of the one true God, that is, the Trinity, Father, Son, and Holy Spirit.”

Certainly, the Europeans who explored the Americas in the fifteenth and sixteenth centuries did not consider the customs of the indigenous peoples they encountered to be religion. Nor did the Christians who missionized the Indian sub-continent in the eighteenth and the African continent in the nineteenth centuries. Had they viewed polytheism, animism, oral tradition, or ancestor veneration legitimate forms of practice, they might have found it more difficult to exterminate those they thought were worshipping the devil.

The ideological project of defining religion—or rather, true religion—was waged not only against non-Christians but also against those in the Christian communion whose beliefs differed from the dominant culture. Thus, the wars of religion that ravaged the European continent after the Reformation, with Catholics killing Protestants in France, Protestants killing Catholics in England, and just about everybody killing the Anabaptists.

Even during the Enlightenment, when religion became an object of study in its own right, the ideological motivation remained. Namely, the identification of which (Protestant) confession of faith was “right” and which was “wrong,” that is, heretical. Although we can locate the beginning of the comparative study of religion in these disputes, the focus remained on Christianity.

It was difficult to retain this approach in the encounter with Hindus, Buddhists, Confucianists, and others during the nineteenth century. The solution was for scholars to invent the concept of “world religions” to examine other traditions, but generally within the Christian paradigm. That response has been widely criticized in the twentieth and twenty-first centuries.

As early as 1962, Wilfred Cantwell Smith questioned even using the word religion, in his controversial book The Meaning and End of Religion. Smith argued that Western scholars had reified the concept of religion, thereby making it useless for considering non-Western traditions. Ever since Smith, a host of writers from postcolonial perspectives—from Tomoku Masuzawa to Talal Asad—have deconstructed the religion-equals-Christianity model.

Nevertheless, scholars need a shared vocabulary to describe what they are studying. To assert that religion is just a human construct, no different from any other, does not advance either the scientific or the confessional study of the topic.

The “substantive school” emphasizes the belief element of religion. The anthropologist E. B. Tylor (1832–1917) is regarded as one of the earliest proponents of the view that religion is “belief in spiritual beings.” Tylor’s proposal enlarged the scope of religion by encompassing animistic beliefs in a spirit world. Thus, primal customs, forms of ancestor veneration, and other traditions that held supernaturalist beliefs could be considered religions within the substantive school.

The problem with this definition, however, is that it excludes non-theistic religions and philosophies, such as Theravada Buddhism, Confucianism, and, one might argue, Humanism. Nevertheless, most dictionary definitions of religion begin with belief in some sort of supernatural entity. (Wikipedia, in this particular instance, offers a fresh alternative.) But the real difficulty is that Tylor and the “subtantists” ignore practice, that is, religious experience.

The “functionalist school” resolved this dilemma by concentrating on behaviors rather than beliefs. The French sociologist Émile Durkheim (1858–1917) was the pre-eminent advocate, stating that religion is a “unified system of beliefs and practices relative to sacred things.” The important thing for the functionalists is a worldview that governs conduct. In other words, religion is something people do, so we can therefore consider Buddhist meditation and Chinese qi gong exercises religious activities.

But there are problems with this definition as well. By the functionalist account, any number of practices might be, and, in fact, are called religion: vegetarianism, fly-fishing, sports loyalty, Pilates, video gaming, and more—such as social justice activism. That is, they function like a religion in providing an overarching worldview that justifies particular observances.

Recently scholars have provided definitions that combine both the believing and the doing parts of religion, but more broadly than did Saint Augustine. The philosopher of religion Kevin Schilbrack defines religion “as forms of life predicated upon the reality of the superempirical.” By superempirical Schilbrack simply means realities that exist independently of empirical evidence; they may or may not be supernatural.

[Read “As Atheists and Believers, We Need Deeper Reverence for Mystery“]

In other words, religions, and religious people, make claims for their actions on transcendent, “superempirical,” supernatural, or other grounds that cannot be independently verified. We all live within our own ideological frameworks. What makes them religious is whether they are subject to confirmation.

Thus, we can see ideological purposes in play when it comes to defining religion. For example, when society identifies a new religion as a cult, it instantly becomes illegitimate. It is no religion at all, but rather a heresy, or perhaps even a criminal organization.

Designating intersectionality a religion serves the same ideological purposes—delegitimation—but in the opposite way. Calling social justice-ism a religion suggests that its truth claims are based on superempirical grounds and are not susceptible to reason or independent verification. In other words, it is grounded in faith, not fact, so we don’t have to consider it worthy of any more, or any less, consideration than other religions.

There are two more reasons I think the religion designation is an ideological project and an artifact of the culture wars. First is the use of pejorative terms, like “social justice warrior,” in various blogs and commentaries. That seems akin to calling NRA members “gun nuts,” rather than Second Amendment advocates. Not only is it disrespectful, it reveals its own worldview.

Related to this, is the use of other jargon, like “woke.” Although the term once indicated awakening to the problem of racial injustice, it is now used to mock those committed to raising ongoing issues of concern, as the writer Alan Jacobs observed.

Finally, the fact that other, equally fundamentalistic political and social movements are not branded with the religion designation indicates the ideological nature of this particular discussion. I’d like to see an analysis of NRA-ism—the religion in which adherents literally believe in the Second Amendment to the Constitution. This sacred text must be accepted without alteration, in an absolutist fashion. So much so, that the high priests of the faith have developed purity scorecards to rank members of Congress on their loyalty to the true path.

We might examine any number of ideologies, looking for clues to doctrine and belief. Where do Libertarianism, Capitalism, Marxism, and Nationalism fall on the religion scale?

Of course, the ultimate arbiter of what qualifies as a religion—at least in the United States—is the Internal Revenue Service. Its list of characteristics of “churches” presents a catalog of traditional Christian religious forms, including “recognized creed and form of worship” and “Sunday schools for the religious instruction of the young.” Nevertheless, the IRS has adopted a policy of wide latitude. Everything from the Church of Scientology to the Westboro Baptist Church to Mother Angelica’s Eternal Word Television Network all gain tax exemption under the 501(c)(3) used for religious and other nonprofit organizations.

The IRS even recognizes Sojourners—an organization of actual social justice workers—as a nonprofit group. Sojourners activists do not see their movement as a religion, however, but as the means by which to put their Christian faith into action. They already have a religion. For Sojourners, following Jesus means working for social justice.

It is quite true, indeed self-evident, that all of us get caught up in our own ideologies. We do become intolerant, arrogant, dogmatic, abusive, narrow-minded, and worse in our adherence to deeply-held beliefs. But those are not the defining elements of religion. We find those qualities everywhere, in all groups, movements, and programs. And we most often find them in ourselves.

Rebecca is Emerita Professor of Religious Studies at San Diego State University. She has a specialization in American religions with a focus on new religious movements. She co-edited Peoples Temple and Black Religion in America (Indiana 2004) and authored Understanding Jonestown and Peoples Temple (Praeger 2009, paperback edition 2018). Her
most recent book is Beyond Brainwashing: Perspectives on Cultic Violence (Cambridge University Press 2018). She is currently Reviews Editor for Nova Religio: The Journal of Alternative and Emergent Religions, published by University of California Press.

Rebecca is Emerita Professor of Religious Studies at San Diego State University. She has a specialization in American religions with a focus on new religious movements. She co-edited Peoples Temple and Black Religion in America (Indiana 2004) and authored Understanding Jonestown and Peoples Temple (Praeger 2009, paperback edition 2018). Her most recent book is Beyond Brainwashing: Perspectives on Cultic Violence (Cambridge University Press 2018). She is currently Reviews Editor for Nova Religio: The Journal of Alternative and Emergent Religions, published by University of California Press.

Could the COVID Pandemic Spark a Cash Benefits Revolution?