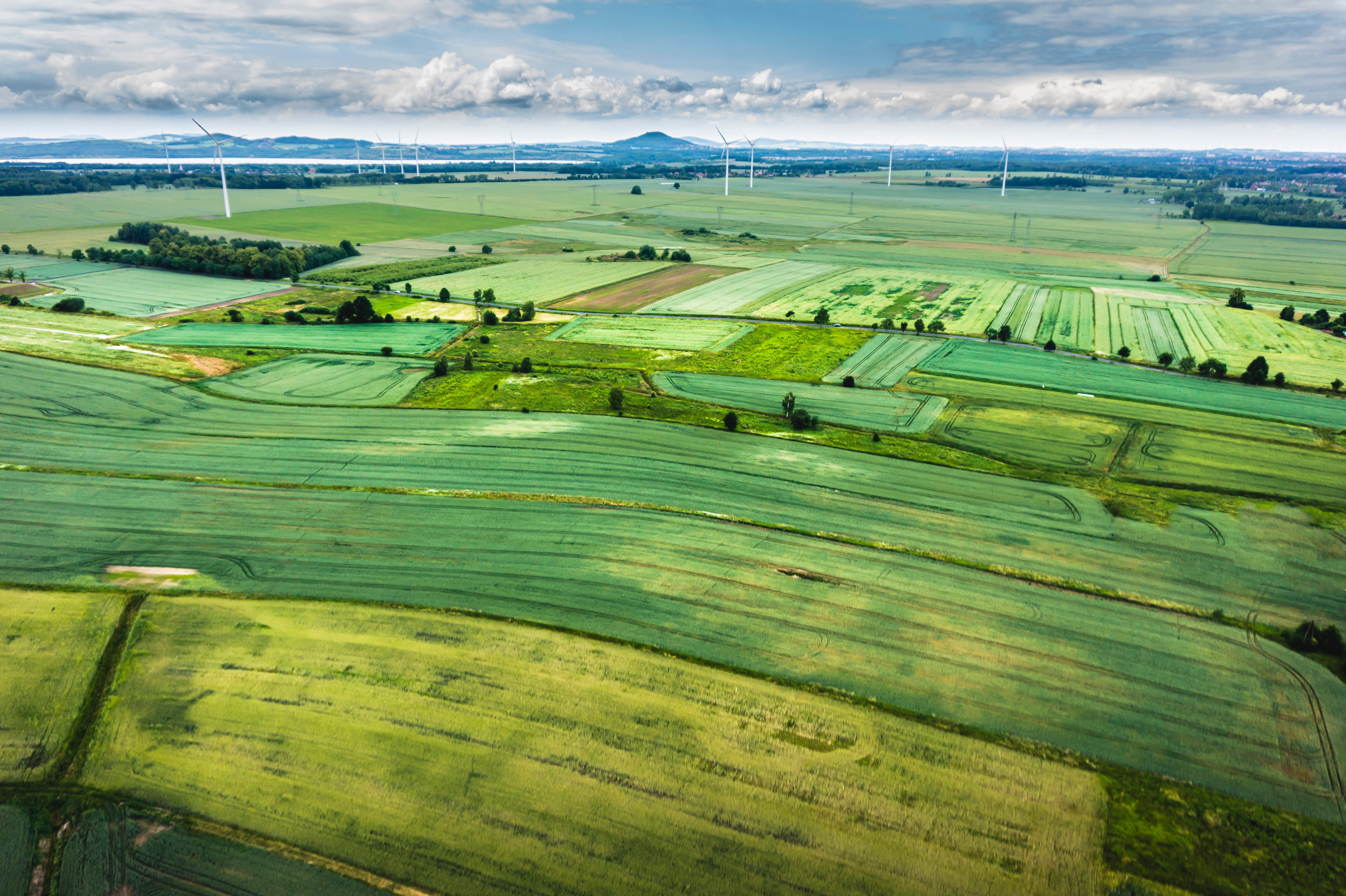 In a recent Nature Sustainability paper, a team of scientists concluded that the Earth can sustain, at most, only 7 billion people at subsistence levels of consumption (and this June saw us at 7.6 billion). Achieving “high life satisfaction” for everyone, however, would transgress the Earth’s biophysical boundaries, leading to ecological collapse.

Despite its seeming scientific precision, the claim is old, not new—the latest iteration of the longstanding assertion that our population and consumption might soon exceed the Earth’s fixed “carrying capacity.” The concept, tellingly, owes its origin to nineteenth-century shipping, referring to the payload capacities of steamships. It jumped from the inanimate to the terrestrial at the end of the nineteenth century, describing the maximum number of livestock or wild game that grassland and rangeland ecosystems could sustain.

Applied to ecology, the concept is problematic. Cargo doesn’t multiply of its own volition. Nor can the capacity of an ecosystem be determined from an engineer’s drawings. Nonetheless, environmental scientists have, for decades, applied the concept to human societies with a claimed precision that belies its nebulous nature.

The ecologist William Vogt was the first to do so in the 1940s, predicting that overuse of agricultural land would lead to soil depletion and then catastrophe. In the late 1960s and early 1970s, Paul Ehrlich focused on food production, and the Club of Rome on material resources; while latter-day environmental scientists and activists have focused more on the effects that pollution and habitat destruction will have on the “Earth systems” that human well-being depends upon.

But all hold the same neo-Malthusian view of human fertility and consumption. From the eighteenth-century arguments of Reverend Thomas Robert Malthus onwards, prophets of environmental doom have imagined that in response to abundance, humans would respond with more—more children and more consumption. Like protozoa or fruit flies, we keep breeding and keep consuming until the resources that allow continuing growth are exhausted.

But all hold the same neo-Malthusian view of human fertility and consumption. From the eighteenth-century arguments of Reverend Thomas Robert Malthus onwards, prophets of environmental doom have imagined that in response to abundance, humans would respond with more—more children and more consumption.

In reality, human fertility and consumption work nothing like this. Affluence and modernization bring falling, not rising fertility rates. As our material circumstances improve, we have fewer children, not more. The explosion of human population over the past 200 years has not been a result of rising fertility rates but rather falling mortality rates. With better public health, nutrition, physical infrastructure and public safety we live much longer.

Today, in the United States, Europe, Japan, much of Latin America, even parts of India, fertility rates are below replacement, i.e. the average number of children born per woman is below two. Much of the rest of the world will likely follow suit over the next few decades. As a result, most demographers project that the human population will peak, and then begin a slow decline, in some cases before the end of this century.

For this reason, today’s warnings of impending ecological collapse mostly focus on rising consumption, not population growth. As many now acknowledge, our social biology might not function like protozoa, but capitalism does. It cannot survive without endless growth of material consumption.

There is no particularly well-established basis for this claim and plenty of evidence to the contrary. The long-term trend in market economies has been towards slower and less resource-intensive growth. Growth in per-capita consumption rises dramatically as people transition from rural agrarian economies to modern industrial economies. But then it tails off. Today, western Europe and the US struggle to maintain 2 percent annual growth.

The long-term trend in market economies has been towards slower and less resource-intensive growth. Growth in per-capita consumption rises dramatically as people transition from rural agrarian economies to modern industrial economies. But then it tails off.

The composition of affluent economies changes as well. Manufacturing once accounted for 20 percent or more of economic output and employment in most developed economies. Today, it is as low as 10 percent in some, with the vast majority of economic output coming from knowledge and service sectors with significantly lower material and energy intensities.

For decades, each increment of economic growth in developed economies has brought lower resource and energy use than the last. That’s because demand for material goods and services saturates. Few of us need or want to consume more than 3,000 calories or so a day or live in a 5,000-square-foot house. Many Americans prefer to drive SUVs but there is little interest in hauling the kids to soccer practice in a semi-truck. Our appetites for material goods might be prodigious but there is a limit to them.

In fact, we have been engineering our environments to more productively serve human needs for tens of millennia. We cleared forests for grasslands and agriculture. We selected and bred plants and animals that were more nutritious, fertile, and abundant. It took six times as much farmland to feed a single person 9,000 years ago, at the dawn of the Neolithic revolution, than it does today, even as almost all of us eat much richer diets. What the palaeoarcheological record strongly suggests is that carrying capacity is not fixed. It is many orders of magnitude greater than it was when we began our journey on this planet.

There is no particular reason to think that we won’t be able to continue to raise carrying capacity further. Nuclear and solar energy are both clearly capable of providing large quantities of energy for large numbers of people without producing much carbon emissions. Modern, intensive agricultural systems are similarly capable of meeting the dietary needs of many more people. A planet with a lot more chickens, corn, and nuclear power might not be the idyll that many wish for, but it would clearly be one that would be capable of supporting a lot more people consuming a lot more stuff for a very long time.

Such a future, however, is anathema to many proponents of planetary limits, suggesting hubris of the highest order. But if it is, it is at least born of optimism, of the conviction that with wisdom and ingenuity humans can continue to thrive. Demands to restrict human societies to planetary limits, which environmental scientists and advocates claim to know prospectively, suggest something much darker.

Viewing humans in the same way that we view single-celled organisms or insects risks treating them that way.

Viewing humans in the same way that we view single-celled organisms or insects risks treating them that way. Malthus argued against Poor Laws, in the belief that they only incentivized the poor to reproduce. Ehrlich argued against food aid for poor countries for similar reasons, and inspired population-control measures of enormous cruelty. Today, demands to impose planetary boundaries globally are couched in redistributive and egalitarian rhetoric, so as to avoid any suggestion that doing so might condemn billions to deep agrarian poverty. But they say little, specifically, about how social engineering of such extraordinary scale would be imposed in a democratic or equitable fashion.

Ultimately, one need not advocate the imposition of pseudo-scientific limits on human societies to believe that many of us would be better off consuming less. Nor must one posit the collapse of human societies to worry deeply that growing human consumption might have terrible consequences for the rest of creation.

But threats of societal collapse, claims that carrying capacity is fixed, and demands for sweeping restrictions on human aspiration are neither scientific nor just. We are not fruit flies, programmed to reproduce until our population collapses. Nor are we cattle, whose numbers must be managed. To understand the human experience on the planet is to understand that we have remade the planet again and again to serve our needs and our dreams. Today, the aspirations of billions depend upon continuing to do just that. May it be so.

Ted is an author, environmental policy expert, and the co-founder and executive director of the Breakthrough Institute in California. He is a co-author of An Eco-Modernist Manifesto (2015). He lives in Oakland.

Ted is an author, environmental policy expert, and the co-founder and executive director of the Breakthrough Institute in California. He is a co-author of An Eco-Modernist Manifesto (2015). He lives in Oakland.