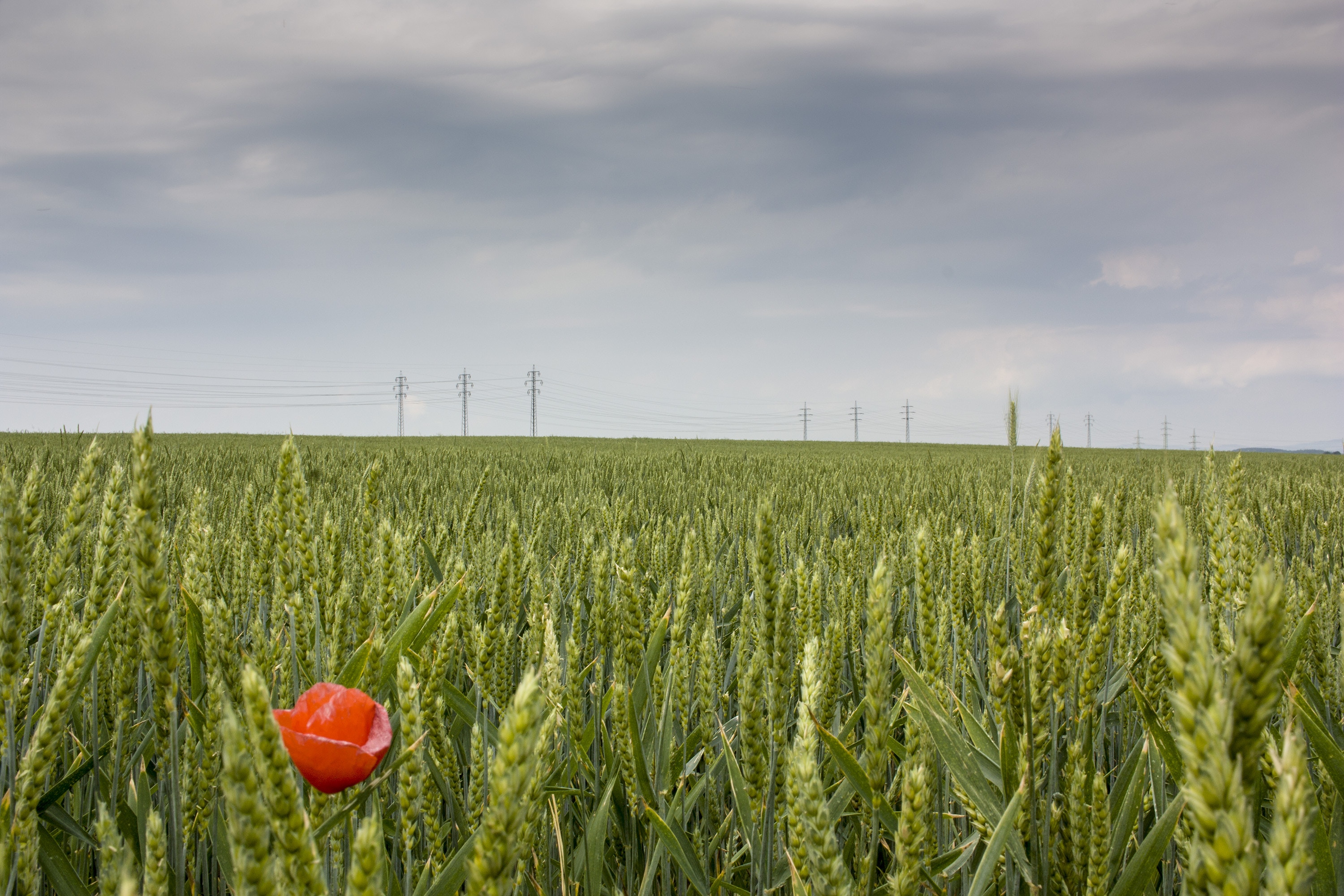 Climate change is one of the greatest existential risks humanity is currently facing, and the consequences of runaway global warming are likely far worse than you understand them to be. Billions of people will be forced to move from their homes. There is a greater than 50% probability that global economic output will shrink by 20% or more. Animals and plants will go extinct at rates not seen in millions of years. Wars over land and resources will break out, and people all over the world will suffer.

Maybe you already know about the risks and inevitable consequences. If you do, it’s likely that you feel an existential angst about our future. You certainly wouldn’t be alone. I want to question why that angst exists. I believe it is because climate change is an issue around which we all seem to lack any agency.

The list of personal actions anyone can take seems to be short. You might use public transit more often, compost, or fly less. But I think we all understand how futile those actions really are. To put it in perspective, a typical American’s carbon footprint is about 20 metric tons (or tonnes) of CO2-equivalent every year. Globally, we emit 40 billion tonnes of CO2 annually.

And that doesn’t even take into account the roughly 1.5 trillion tonnes of CO2 that are already in the atmosphere that we would need to remove in order to reverse the effects of climate change that we’ve already experienced. To see this problem go away we need to reduce our global net emissions to 0, and then go beyond and start paying down our carbon debt.

Cutting a couple tonnes out of your carbon diet isn’t going to make any difference. People still need to drive to work, fly to visit family, and heat or cool their homes. Your angst and fear for the future is, so far, still justified.

What other options exist? You might choose to take action in the political activism sphere, and work with groups that lobby the governments of the world to convert to renewable energy and reduce national emissions. That’s probably a necessary step to take, but after decades of activism, we’ve seen very little movement. Governments of the world have not demonstrated a willingness to take the draconian actions necessary to curb global warming. Besides, people don’t generally trust institutions anymore anyway.

You might choose to take action in the political activism sphere, and work with groups that lobby the governments of the world to convert to renewable energy and reduce national emissions. That’s probably a necessary step to take, but after decades of activism, we’ve seen very little movement.

When viewed in this way, responding to climate change seems pretty hopeless.

But what if you had a way to take personal agency in the situation, and could take action that would make a meaningful difference?

On the face of it, climate change is a very straightforward arithmetic problem. There are too many greenhouse gases in the atmosphere, and if we want the problem to go away, then we must draw down those gases and store them somehow.

The good news is, there are already many different ways this can be done on a scale that meets that 1.5 trillion tonne drawdown goal.

There are three broad categories that cover the range of different methods of what is called “carbon removal”: ecological, industrial, and hybrids.

On the ecological side, changing farming practices to avoid tilling, reduce fertilizer, employ cover crops, and use complex crop rotations can sequester 1 billion tonnes every year just on American croplands. Planting trees is a well-known method and has a robust infrastructure already in place for tracking and measuring stored CO2. The ocean can be supportive as well, under the moniker blue carbon. Activities like restoring mangroves and farming kelp can sequester CO2.

Industrial approaches are keynoted by a method called direct air capture. There are a number of different startups that have built machines that pull in air, separate out the CO2 from the other gases (CO2 is 0.04% of the air we breathe), and then either sell the CO2 to buyers like beverage makers, or store it in underground rock where it will mineralize. Another approach is called managed mine tailings, and involves using the crushed up rock left over from mining products such as platinum, nickel, and diamonds to absorb CO2 passively from the air.

Hybrid approaches use some sort of natural processes in combination with an industrial application. The most well-known is bioenergy with carbon capture and storage (BECCS). A power plant operator might harvest a fast-growing plant like hemp, and then burn that hemp for energy—capturing the CO2 emissions in the process. That CO2 could then be used in the same way it is from the direct air capture applications. Another hugely important method is embedding CO2 into construction materials. Wooden skyscrapers can be built using sustainably grown and harvested trees. Some companies are figuring out how to embed CO2 into concrete.

We already have the technologies and knowledge of methods to reverse climate change. But right now the incentives for dealing with the problem are all out of whack. It’s why we feel guilty driving or flying, but do it anyway. Dealing with climate change is seen as a Sophie’s choice of either economic growth or healing the planet. We all know we need to emit less, but we don’t because the alternative is too enticing.

But maybe it doesn’t have to be that way. Maybe we could start treating CO2 like a garbage problem.

No one in the Western world is seriously advocating that we live in a garbage-free society. Instead, our communities collectively agree to collect our waste, recycle what we can, and responsibly store what’s left over. We pay garbage collectors to collect the garbage and store it somewhere. Sound familiar?

We can do the same thing with CO2. We can recycle it into plastics, tennis shoes, and even carpet. And we can store the rest in soil, trees, concrete, rocks, kelp, and mangroves.

But there is a cost to collecting and using the CO2, just as we all pay our garbage collection bills. The problem, then, is how low can that cost be made, and how easily can it be paid? If it were affordable and easy to do, I believe more people would do it. People need to be able to take action in order to take action. If they don’t have a mechanism to do so, then they won’t do so. And if people can’t do something about it, then we can’t solve this problem.

We already have the technologies and knowledge of methods to reverse climate change. But right now the incentives for dealing with the problem are all out of whack. It’s why we feel guilty driving or flying, but do it anyway.

Nori is a company trying to solve that problem by building a global online marketplace that makes it easier for people to pay to remove carbon dioxide from the atmosphere. This marketplace will incentivize new entrepreneurs to invest more time and money into improving the ways CO2 can be removed.

Climate change really scares me. It’s not so much the changing earth that is terrifying, but the deep social unrest and violence that will occur because of it. Since I started researching and working on carbon removal three years ago, my outlook has changed. I’m rather optimistic about the potential for humanity to meet this challenge. I feel this way because I have agency again. My choices, actions, and behaviors can all add up to decreasing the amount of greenhouse gases that reside in the atmosphere. And soon, when the Nori marketplace has launched, anyone can pay to take action that reduces the amount of CO2 in the air. No more waiting on governments to come to agreements that make very little difference anyway.

Paul is the co-founder and CEO of Nori, a carbon removal marketplace. In 2015, he established the first community dedicated to carbon removal called Carbon Removal Seattle. He has 6 years of experience in managing mobile and web application projects for clients including Nike, Showtime, Target, and Starbucks, and has shipped well over a dozen different apps to the public.

Paul is the co-founder and CEO of Nori, a carbon removal marketplace. In 2015, he established the first community dedicated to carbon removal called Carbon Removal Seattle. He has 6 years of experience in managing mobile and web application projects for clients including Nike, Showtime, Target, and Starbucks, and has shipped well over a dozen different apps to the public. He earned his Bachelor of Science in Engineering degree from Arizona State University, and his Master of Engineering Management degree from Duke University.