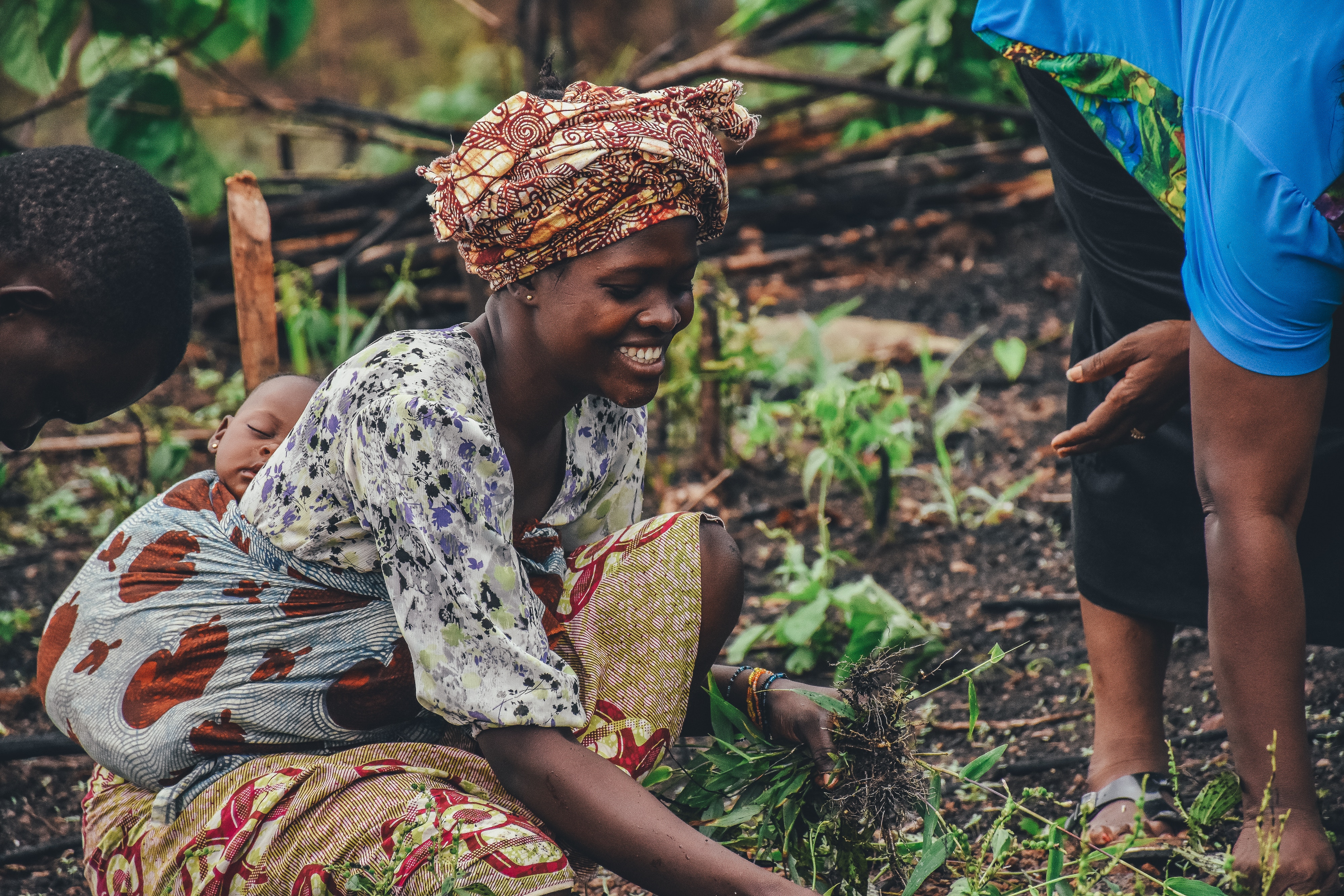 During my first few days as a graduate student in public health, I learned a fact that has stuck with me ever since: The United States spends approximately 0.2% of gross national income (GNI) on foreign aid. In absolute values, this number is nothing to scoff at, amounting to over $30 billion in 2016 and making the US the biggest spender by far. When taken as a percentage of GNI, however, a different picture emerges: The United States doesn’t even fall in the top twenty-five.

My young and idealistic heart was crushed by the knowledge that my own country wasn’t even close to meeting the target of spending 0.7% of GNI on development assistance which was established by the United Nations in the 1970’s. In fact, the United States has refused to be held to this target even while military and defense spending exceeds $600 billion, more than the next seven highest spending countries combined. Meanwhile, other nations have made foreign aid more of a priority, with Sweden meeting or exceeding the UN target every year since 1975 and numerous other countries following suit in the years since then.

Americans are generally ignorant regarding the amount of foreign aid we give. A 2015 Kaiser Family Foundation poll found that just 1 in 20 Americans know that less than 1% of the federal budget goes toward foreign aid. On average, respondents believed that a quarter of the budget is spent on foreign aid. This may explain, in part, why so many people, insist that we must make cuts immediately. The initial budget proposed by the Trump administration called for up to a 37% reduction in aid spending. Thankfully, foreign aid continues to receive bipartisan Congressional support, even in these divisive times.

A 2015 Kaiser Family Foundation poll found that just 1 in 20 Americans know that less than 1% of the federal budget goes toward foreign aid.

For much of the past year, the bipartisan Task Force on Reforming and Reorganizing U.S. Foreign Assistance has pushed back against the Trump administration’s proposed cuts, arguing that, “This would produce suboptimal outcomes…It is not in the national interest to remove the development leg from the U.S. national security stool.” Foreign aid is primarily strategic, not altruistic. In addition to being unnecessarily cruel, making drastic cuts would, among other things, weaken our alliances, hamper our anti-terrorism efforts, and decrease opportunities for economic prosperity.

Yet the task force also recognizes that the aid system is in desperate need of reform. Critics of foreign aid rightly point to issues such as improper use of funds, lack of effectiveness, and the creation of aid-dependent nations. Money may wind up in the hands of governments or organizations rife with corruption, resources are squandered, in-kind food aid sits in warehouses for months, and people in need continue to suffer.

Almost two decades ago, James Peron wrote that “while hungry faces are used on posters and in media reports to sell the virtues of foreign aid, it is the hungry who rarely see any of the funds. Poverty may be used to justify the programs, but the aid is almost always given in the form of government-to-government transfers. And once the aid is in the hands of the state it is used for purposes conducive to the ruling regime’s own purposes.” Unfortunately, not much has changed. Robert Mugabe, recently ousted after thirty years as President of Zimbabwe, has been accused of looting aid funds for his own personal use. In 2014, a report by the Special Inspector General for Afghanistan Reconstruction claimed that two separate contractors had concluded that, of the 16 Afghan ministries they had assessed, all of them were “unable to manage and account for funds” and only one had demonstrated “the will to address concerns that could lead to corrupt acts.”

Poverty may be used to justify the programs, but the aid is almost always given in the form of government-to-government transfers. And once the aid is in the hands of the state it is used for purposes conducive to the ruling regime’s own purposes.

But it isn’t just corruption within foreign governments that pose a problem. The United States government often places restrictions on how any aid it distributes may be used. In certain ways, this helps to combat the misuse of funds, but it also means that donated money or food cannot be used in any way that fails to comply with specific guidelines, no matter how important or urgent a need may be. As Molly McCluskey points out in an article about aid and food insecurity in the Democratic Republic of the Congo, “Oil, rice, corn and the tonnes of food at the WFP warehouses sit until the right paperwork, hunger levels, and economic conditions determine when it should be distributed.”

Yet despite these issues, aid has been highly successful, particularly in the area of public health. Extreme poverty has been cut by more than half since 1990. Thanks to government programs like PEPFAR and public-private partnerships such as the Global Fund to Fight AIDS, Tuberculosis, and Malaria and the Global Alliance for Vaccines and Immunization (GAVI), more people are receiving treatment for HIV/AIDS, vaccine coverage has increased, and tuberculosis control has been expanded. So, as Jeffrey Sachs, author of The End of Poverty, argues while making the case for aid, “The issue is not “yes” or “no” to aid. Aid is needed and can be highly successful. The issue is how to deliver high-quality aid to the world’s poorest and most vulnerable people.”

If we want our aid to be effective, it must reach the people who need it most. Giving money to governments or intermediary implementing organizations poses the risk of creating a sometimes insurmountable amount of bureaucratic red tape and of seeing funds dwindle away before they make it to the intended recipients. Whether that money is used appropriately for program management and salaries or whether it falls into corrupt hands, the result is the same—when overhead costs are high, less is available for the people at the bottom.

The best way to ensure that aid will be given to those in need is to give directly to them and, equally as important, to give them the freedom to choose how the aid is spent.

Unconditional cash transfers (UCTs) are one way to do this.

As their name implies, UCT programs aim to reduce poverty by providing monetary aid without requiring the recipient to adhere to any rules on how the money is to be spent. In contrast, conditional cash transfers (CCTs) require recipients to meet certain criteria such as being vaccinated or enrolling children in school. Perhaps not surprisingly, CCTs are far more common. And while they have often proven to be effective in areas such as increasing school attendance and improving health, they have their downsides as well. One of the most striking issues is that CCTs often exclude those most in need. Programs that require participants to receive regular medical check-ups, for instance, may not be an option for the rural poor who live too far from a health clinic for them to satisfy this requirement. CCTs also face overhead costs that can delay implementation and require that significant time be spent on monitoring to ensure adherence.

There’s a simple way to overcome these problems: eliminate the conditions.

UCTs do just that. There is, however, a remarkable resistance to the idea of giving money directly to the poor without conditions. As Charles Kenny points out, it’s a method of aid that “policymakers in many countries are loathe to try,” because they don’t want recipients to “waste the money—spending it on say, flat-screen televisions, cigarettes, and alcohol rather than nutritious food or school supplies.”

This says a great deal about how we view the poor. We think we know what’s best for them. And worse, we don’t trust them. We don’t trust them to make the “right” decision. We don’t trust them to spend money on the “right” things. And we don’t trust them to manage money in a way that achieves the goals we set for them. Continued insistence on government-to-government conditional aid that only reaches the poor when the right mix of circumstances arise or if the recipient agrees to use it in a certain way exacerbates the paternalistic notion that the poor, and the foreign poor, in particular, are incapable of making “good” decisions on how to use their money. This mindset is misguided and is nothing more than an extension of the white savior complex. It’s also not supported by the evidence.

Continued insistence on government-to-government conditional aid…exacerbates the paternalistic notion that the poor, and the foreign poor, in particular, are incapable of making ‘good’ decisions on how to use their money.

A World Bank review of thirty studies from Africa, Asia, and Latin America, which examined the impact of cash transfers on “temptation goods” such as alcohol and tobacco, found that only two of the studies showed a small but statistically significant increase in spending on such goods. In contrast, over a quarter of the studies found that there was a significant decrease in spending on temptation goods. The authors conclude that “these results provide strong evidence that concerns that transfers will be used on alcohol and tobacco are unfounded.” In addition, researchers from Princeton University and the Busara Center for Behavioral Economics studied the effects of UCTs in rural Kenya and found that they had “significant impacts on economic outcomes and psychological well-being.”

The United States would not be the first country to experiment with using UCTs in foreign aid. In conjunction with the Kenyan government, the United Kingdom’s Department for International Development (DFID) has been providing cash transfers to the rural poor in drought-stricken regions of the East African nation as part of the Hunger Safety Net Programme. An evaluation of the program found that the UCTs were able to “protect households against a slide into extreme poverty, improve food security and reduce the need to resort to negative coping strategies such as selling off livestock in the face of external shocks.”

There is mounting evidence to show that UCTs are cost-effective and efficient, are producing positive outcomes, and are a viable option for foreign aid. Yet UCTs also provide something that is less easily quantified—liberty. From a human rights perspective and as a nation that claims to value individual freedoms, we should be doing our best to promote liberty both at home and abroad. Having the autonomy to spend your money in a way that is in your best interests is an integral part of this concept. A farmer in rural Kenya has a far better understanding of how his money should be spent—whether on a new metal roof, more food, or funds for his children’s school uniforms—than I do.

Regardless of whether you believe we should be spending more or less on aid, one thing we can all agree on is that any aid we do provide must reach the intended recipients. Eliminating government-to-government aid would be unrealistic and, as the bipartisan task force has argued, detrimental to American interests. Corruption may not be as widespread as opponents of foreign aid claim, but the fact remains that we can’t always be certain that the money we give to foreign governments is reaching the poorest members of society. So if the United States truly wants to promote the values that we espouse, while also creating a more effective foreign aid program, we must be willing to relinquish the paternalism that has guided us in the past and begin to seriously consider the use of supplementary unconditional cash transfer programs.