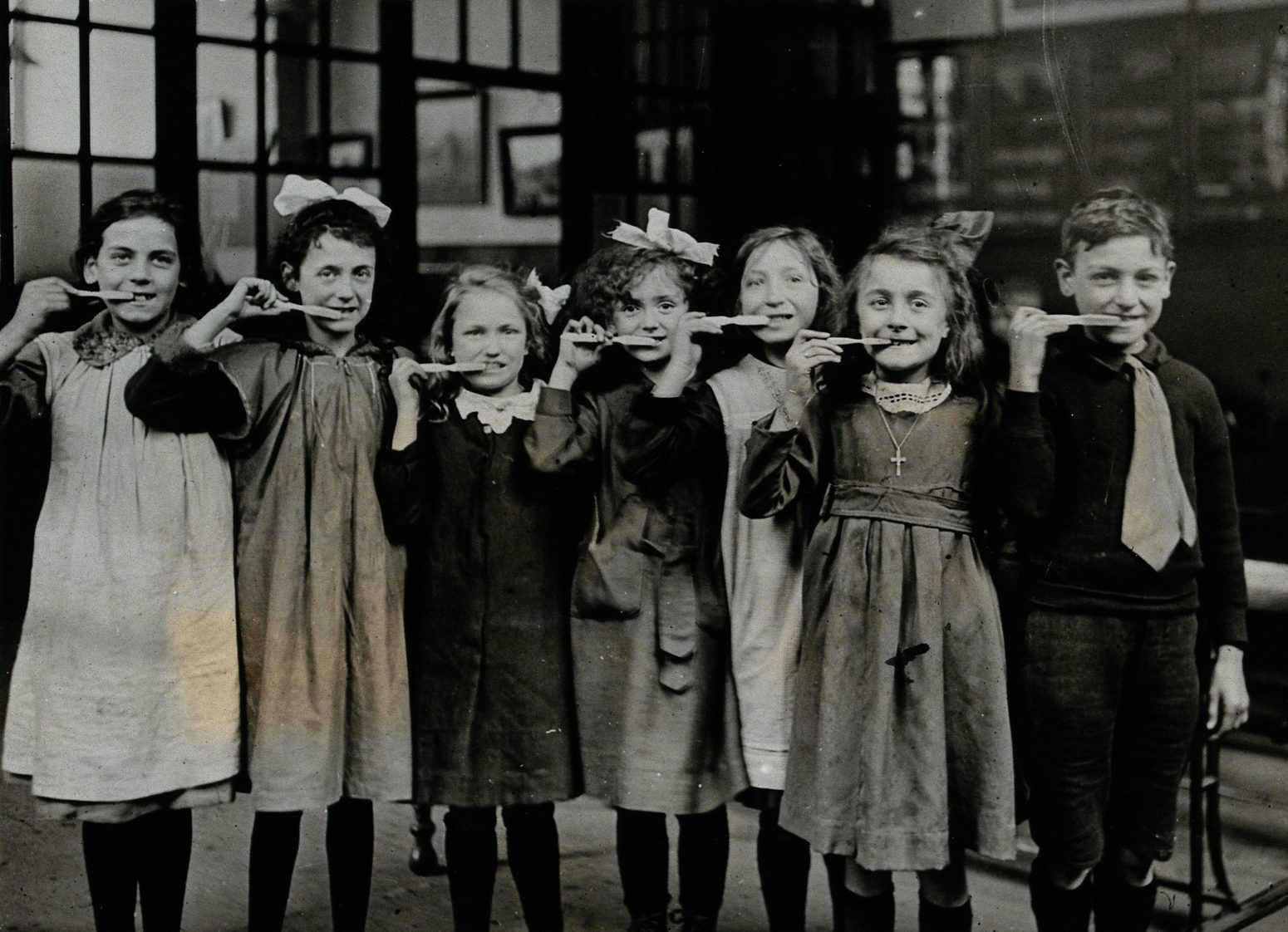 For all his shortcomings, Thomas Jefferson, writing in mid-1816, takes a long view of human self-governance: “[L]aws and institutions must go hand in hand with the progress of the human mind.”  And he continues, “As [the human mind] becomes more developed, more enlightened, as new discoveries are made, new truths disclosed, and manners and opinions change with the change of circumstances, institutions must advance also, and keep pace with the times.”

Humankind, as if by its nature, suffers its way through progress, discovery, and change.  Oftentimes, humans are propelled perforce—and thankfully so—towards a future without power to arrest the sail, towards “a summer with another wind that no one yet has known.”  In essence, humans are habitual and ritualistic.  And progress, by definition, casts anew humanity’s role in the grand theater of existence.  All human advancements up until the Industrial Revolution proceeded at such a tenuous speed that acclimatization occurred so seamlessly amongst the generations that few could register their present stagnation.  And from this, much can be revealed concerning the relationship between humankind and progress.  Progress simply is not natural for humans.  Humans just did not evolve with an inborn motivation to advance, to explore, to progress.

Due to this unco failing in human evolution, many clamor from across the ideological spectrum for an easing of progress, for a moment to catch a breath, for time to deliberate these breakneck changes.  Some have proffered that before moving forwards, it is first necessary to confront many a societal ill, implying progress proves too disruptive an environment to formulate a workable, comprehensive strategy.  Yet, others blame these same societal ills on progress itself, as though eating from the tree of knowledge in sooth begot the species’ original sin.

“Hunter-gatherers had really good teeth,” says Alan Cooper, director of the Australian Centre for Ancient DNA.  “[B]ut as soon as you get to farming populations, you see this massive change.  Huge amounts of gum disease.  And cavities start cropping up.”  According to a study in Nature Genetics, on which Cooper assisted, “Two of the greatest dietary shifts in human evolution involved the adoption of carbohydrate-rich Neolithic (farming) diets (beginning ~10,000 years before the present) and the more recent advent of industrially processed flour and sugar (in ~1850).”

Transitioning from hunting and gathering to farming, and from farming and domesticate cereals to the introduction of modern processed foods led to a purge of “friendly” bacteria in the human mouth.  Homogenizing the natural diversity of these bacteria “might be contributing to chronic oral (and other) disease in postindustrial lifestyles.”  Yet, technological progress yielded greater exploitation of the soil and economic progress aided in the arrival of commodity markets.  For the first time, humankind could stave off famine and feed the rich and poor alike.  And with these progresses did come tooth decay.  So, how best to address this unpalatable side-effect of progress?  Surely, not a retreat from progress wrought in agriculture, which saved and enriched countless lives, and changed the trajectory of human existence?

Progress simply is not natural for humans.  Humans just did not evolve with an inborn motivation to advance, to explore, to progress.

Oral disease will be not beat by returning to nature, forsaking the cities and farms for the caves and savannahs, but by combating it with yet another progress: the invention of modern dental care, via the toothbrush.  In 1780, after being jailed for inciting a riot, William Addis of England conceived the first modern toothbrush and began mass-producing.  In the United States, H. N. Wadsworth was granted the first patent for a toothbrush in 1857 (US Patent No. 18,653).  In 1938, due to much research and development (R&D) at DuPont, synthetic fibers, namely nylon, finally replaced the natural animal bristles.  At dawn of the 21st Century, according to the Lemelson-MIT Invention Index, the toothbrush was considered the number one invention Americans could not live without.  Obviously, the toothbrush singlehandedly did not go into battle.  Floss, toothpaste, mouthwash, regular dental checkups, and public water fluoridation aided in the cause—all further examples of progress made.

Some decry from the wings that humans are flying too close to the sun, and that progress only solves one problem by generating others.  However, “[i]f knowledge can create problems,” declares Isaac Asimov, “it is not through ignorance that we can solve them.”  Moreso, what these critics miss—besides the misery and stagnation of a forlorn age—is that humans stand not just better equipped to handle these problems now, but to control humanity’s own destiny.  Before progress uprooted humanity’s bond to earth, humankind cowed in submission and superstition, not just to whims of nature, but to those of the cosmos.  Humankind has progressed from believing consciousness resided in the kidneys and that tooth-pulling reduced headaches to now capturing the sounds of two black holes colliding a billion light-years away, and thus verifying the presence of gravitational waves.  Only through progress can human destiny be manifested.

When thinking about progress, too much thought is given to the tangible, the material, to the things obeying Moore’s Law.  But as Jefferson observes above, institutions—be them, social, legal, economic, or political, via norms, precedents, principles, or policies—those things governing and structuring human incentives and interactions—must be periodically reappraised and updated.  Principally, progress is a mechanism by which humans remedy perceived societal ills.

Economists for a long time now have emphasized the importance of well-defined, well-enforced property rights to align private interest with the public interest.  And patents and copyrights are two of the most noted devices leading to such an alignment.  Yet, in the technological and innovative environment of the 21st Century, humankind faces an overdue reevaluation, rethinking, remodeling of its patent system.  Since the economy drives progress, ensuring higher living standards and greater mass flourishing, humans need to confess the folly of a patent system designed pre-Apple.

Before progress uprooted humanity’s bond to earth, humankind cowed in submission and superstition, not just to whims of nature, but to those of the cosmos.

In a rather homogenous economy, a single patenting framework can operate somewhat efficiently and from that generate wealth and higher standards of living.  However, as an economy, such as, the American one, grows more heterogeneous and innovation becomes more intensive, the once roughly efficient patent system surfaces as a disincentivizing weight on tomorrow’s prosperity.  Due to this disincentivization, the kinetic energy in the previously-churning economy weakens as the velocity—the growth rate—begins to slow, drawing humankind back down to once-known stagnation.

Regardless of the worldviews held by jurists, politicians, pundits, and even the common voter, few modern industries fit the model on which the present patent system rests.  An economic survey of the relevant literature showcases how the logic behind the patent model quickly runs aground.  Herein is the model underlying patents: First, costs of R&D are high compared to the costs of final production.  Second, copying the final product is relatively costless, once the R&D has been achieved.  Ergo, to avoid having a free-riding economy of imitators at best, or of stagnation at worst, a temporary monopoly should be granted to cultivate a climate suitable to inventors and innovators.

However, besides pharmaceutical and chemical industries, those two assumptions do not hold very well. First, the time to recoup R&D costs has been narrowed.  Many patented products are out of date long before the patent itself expires, only tying up future innovations and vetoing future progress.  Second, imitation simply is not costless, and the ability to rebottle the accomplishments of another proves rarer in practice than hypotheticals may blab.  Moreover, in industries such as software, protracted temporary monopolies do not assist in innovation because market forces alone are capable of fostering such, and in this sphere patents effectively function as just burdensome regulations.

In his TED ebook, Launching The Innovation Renaissance: A New Path to Bring Smart Ideas to Market Fast, Alex Tabarrok, for example, has called for a three-tiered patent system to address humankind’s newfound demands.  He explains, “[P]atents should be stronger in industries with high innovation-to-imitation costs such as pharmaceuticals and weaker in industries with low innovation-to-imitation costs such as software.”  And under Tabarrok’s proposal, patents would be granted for, say, three, ten, and twenty years “with the divisions either based on industry—with software and business-method patents getting three years, pharmaceuticals 20 years, and other innovations 10 years—or based on evidence of sunk costs.”

For an individual or firm to get a three-year patent would require less documentation, no evidence of sunk costs, and receive a timely response, whereas the application for ten- and twenty-year patents would demand more documentation and exhibition of a need for such lengthy periods of monopoly privilege. In short, this trifurcation allows for innovation specifics, consumer characteristics, and market particulars to be calculated into the real-world decisions by businesses and innovators alike.

Reacting to current complexities within innovation-fostering institutions, some have suggested a return to the mild and simple patent (and copyright) laws during that of Jefferson’s time.  Yet, this again misses the transformation of the modern economy and society.  “Maximizing innovation,” notes Tabarrok, “requires treating different industries differently.”  Humankind has outgrown the one-size-fits-all framework; moreover, human institutions need to progress alongside human needs.  Tabarrok underscores this point: “No single institution solves all problems.  Patents, innovation prizes, patent buyouts, and advance market commitments all have their place.  The key is to match problems to institutions.”

So, in short, as technological progress in agriculture limited the natural diversity of oral bacteria, humankind unleashed cascading diversity in countless other arenas, such as, culture, language, society, art, religion, philosophy, science, medicine, governance, and so on.  Whilst brushing one’s teeth each morning, attention—perhaps, even reverence—should be given to the manifold developments in technology that led to this now daily ritual and the institutions that support and incubate progress, not only in one’s dental care, but in humanity’s existence.