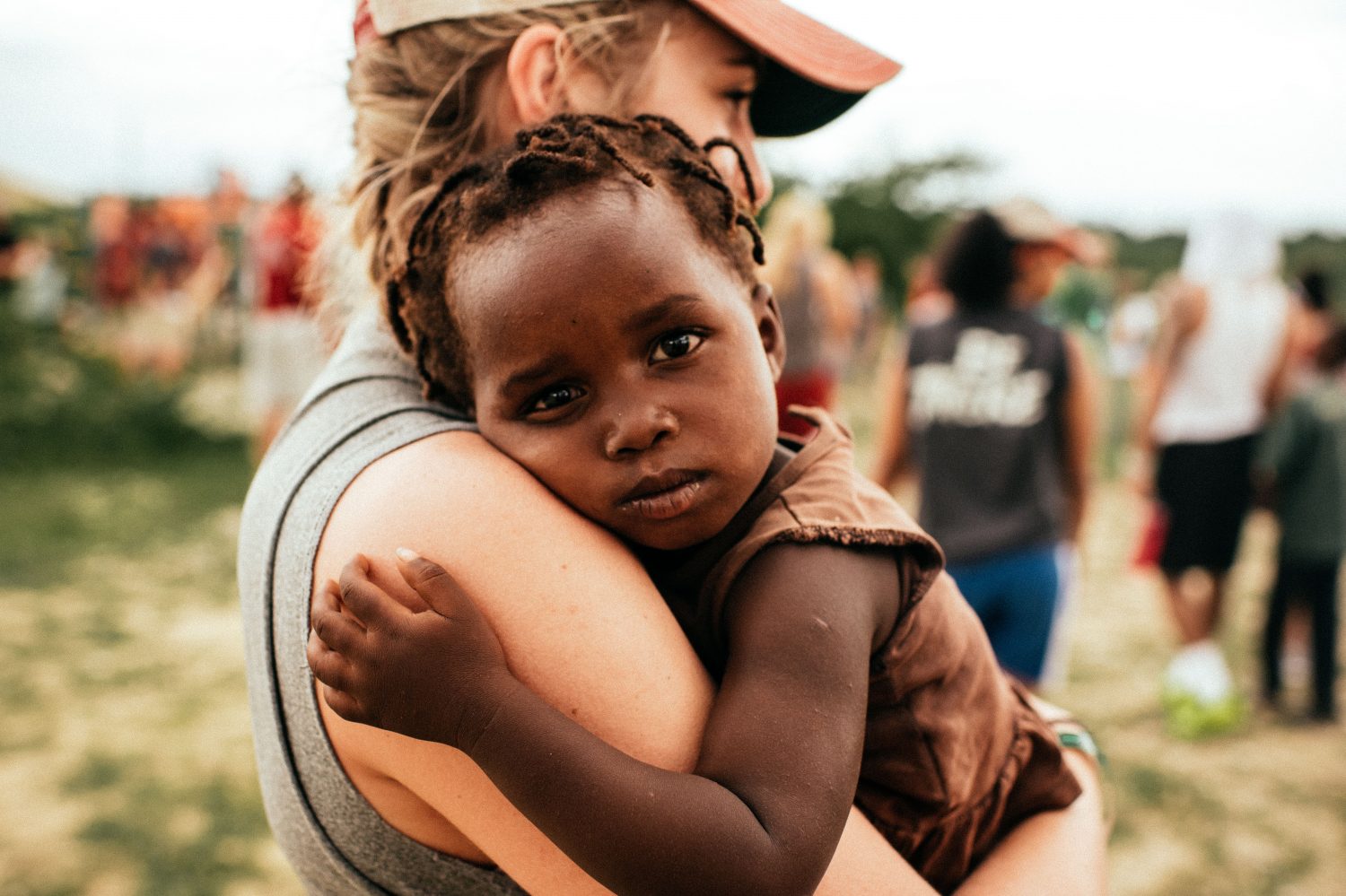 In the summer of 2014, aid workers descended upon West Africa as the underdeveloped health systems of Guinea, Liberia and Sierra Leone struggled to contain a rapidly spreading Ebola outbreak. A few months later, just out of graduate school, I would join the fight in Sierra Leone.

I arrived in the country a few weeks after the peak of the outbreak. The impact of Ebola was immediately clear as I stepped off the plane and was directed to a handwashing station before having my temperature taken by health workers dressed in full-body protective suits. I would submit to these preventative measures thousands of times over the next six months, but on my first night there, that soon-to-be ordinary ritual was nerve-wracking enough to make me question whether or not I had made a wise decision. But only for a moment.

Any doubts I had quickly faded as I jumped into my work. I spent my first week in Sierra Leone learning how my predecessors had confronted the disease. They had spent an enormous amount of money on education campaigns in order to teach the public what Ebola is, the best ways to prevent infection, and what to do if symptoms occurred. NGO’s sent workers out across the country to explain viruses and how they spread, while posters and billboards advocated regular hand washing and early treatment by medical professionals. And it worked – to an extent. But facts and figures were simply not enough to fully overcome the superstitions and important cultural and religious traditions that had been contributing to the spread of the disease. To completely end the outbreak, we needed to take a different approach to inspire behavior change.

What we needed were stories.

Humans have been telling stories since long before the dawn of recorded history. It’s impossible to know when the first story was told, but one theory, described by Jean-Louis Dessalles in Why We Talk: The Evolutionary Origins of Language, suggests that storytelling began in the form of mimes and gestures even before the development of speech. Cave paintings in France, Spain, Indonesia and elsewhere have given us a glimpse into the importance of storytelling in the lives of our ancestors. Their art, which primarily features animal drawings and is, in many cases, thought to portray hunting expeditions, was likely significant in social or religious rituals. Oral storytelling traditions have also been important to cultures around the world for thousands of years. In fact, some of the most well-known stories were originally transmitted this way. The Judeo-Christian Bible and the great classics of Homer were both initially shared orally. Author Ursula Le Guin has said that, “the story—from Rumplestiltskin to War and Peace—is one of the basic tools invented by the human mind for the purpose of understanding. There have been great societies that did not use the wheel, but there have been no societies that did not tell stories.” From the moment early humans first sought to share their experiences with each other, stories have always been an integral part of life.

Stories, whether short parables or mighty epics, have the power to captivate our imaginations, inspire us to action and evoke emotions in ways other art forms cannot. They’re used to entertain, preserve cultural values, and spread new ideas. They can be shared orally, on film or in writing and are as diverse as the cultures that create them. But what exactly explains the enduring power of the story in the human consciousness?

Dr. Paul Zak, director of the Center for Neuroeconomics Studies and author of The Moral Molecule: The Source of Love and Prosperity, has shown that a captivating narrative stimulates the release of oxytocin in the brain which can affect how we think, feel, and behave. Oxytocin is commonly referred to as “the love molecule” due to the role it plays in facilitating trust and attachment. Zak’s research has essentially confirmed what we all know from our own experiences. When a story holds our attention, we’re more likely to share the emotions conveyed by the main characters in that story. Once that happens, we’re also more likely to imitate the behaviors of the characters after the story ends.

For those of us who belong to the so-called “Potter Generation,” these effects are familiar. As we grew up alongside Harry, Ron, and Hermione, we shamelessly shed tears and shared in the grief they felt over the deaths of some of our favorite characters and celebrated with them as good ultimately triumphed over evil. Readers also began brandishing wands, uttering spells and creating a real-life version of Quidditch, the most popular sport of the wizarding world. Research suggests that our imitation of J.K. Rowling’s beloved characters doesn’t end there. Published in 2014, a study entitled The Greatest Magic of Harry Potter: Reducing Prejudice, found that “reading the novels of Harry Potter improves attitudes towards stigmatized groups…participants observed the positive attitudes and behaviors of Harry Potter toward stigmatized fantastic groups, and projected them onto real stigmatized categories…” As anticipated by Zak’s research, fictional stories can have a powerful real-world impact.

These insights into the psychological power of stories were being put to practical use long before a biological basis for them was confirmed. Anyone who has given, or even listened to, a presentation knows that one of the best ways to captivate an audience is to open with a story. Stories can help us to relate to others and make sense of the world around us. We typically frame our lives as an ongoing narrative and health-related events can play a significant role. And yet, while narrative medicine and storytelling in global health have been on the rise, they are still underutilized in efforts to improve health outcomes.

These insights into the psychological power of stories were being put to practical use long before a biological basis for them was confirmed.

In a world where the conclusions of thoroughly discredited studies are still believed to be true science and we fail to dismiss “alternative facts” as fiction, it may not be surprising that actual facts are not enough to convince people to change their behavior. Information that doesn’t agree with our beliefs is simply dismissed or forgotten. Anti-vaxxers refuse to vaccinate their children despite ample evidence that there is no vaccine-autism link, millions of people continue to smoke despite knowing how bad it is and most of us will still reach for the French fries even though we know we should probably be reaching for some carrots instead.

The idea that knowledge doesn’t always motivate people to action has long been a burden on the shoulders of public health professionals. To combat this issue, the CDC decided to put a “show, don’t tell” method to the test in an effort to motivate more smokers to quit. The result was the Tips From Former Smokers campaign. Launched in 2012 and slated to run through 2017, the project features videos of real people who share what it’s like to live with the consequences of smoking. The campaign has been wildly successful, with an estimated 5 million smokers attempting to quit and 500,000 quitting for good. Smokers had always known that continuing to smoke would eventually kill them, but for many, that fact was “true, but useless.” Data on risk levels and early mortality rates were not enough to overcome the power of nicotine addiction. It would take real and often disconcerting stories from people to whom they could connect, thus, inspiring change.

In a world where the conclusions of thoroughly discredited studies are still believed to be true science and we fail to dismiss ‘alternative facts’ as fiction, it may not be surprising that actual facts are not enough to convince people to change their behavior.

In Sierra Leone, we took a similar approach. Some of the biggest challenges to stopping the Ebola outbreak were overcoming myths about the disease, such as the ideas that it was a curse rather than a virus and that it could be cured by home remedies, and convincing people to practice safe burials. At the peak of the outbreak, eighty percent of new cases were the result of unsafe burial practices which included rituals such as washing the body of the deceased. Knowledge that these practices were spreading disease wasn’t enough to overcome these deeply held, spiritually significant beliefs. As with smokers, not even the possibility of early death was motivation to change.

Discussing the parallels between creating stories and practicing the art of healing, physician Gavin Harris argues that both disciplines are “helped by adopting the same attitude of open curiosity, of creative engagement, of seeking to empathize with the predicament of the other, of tapping into the wider context of human lives. The doctor, like the writer, works best when she’s alive to the subtlety of individual experience, and is able at the same time to see that individual in his or her social context.” Sierra Leoneans had their own stories and traditions that shaped the way they faced Ebola. Although these stories of curses and wandering spirits may have provided a way for Sierra Leoneans to make sense of their experiences, they would not be helpful in fighting a deadly disease. As Harris suggests, it would be the responsibility of physicians and aid workers to create new narratives that would educate individuals while also respecting the larger context in which they lived.

Just like the CDC’s anti-smoking campaign, we needed a story to which people could relate and which would inspire sustained behavior change. We began using an animated video created by Chocolate Moose Media, iHeed and United Methodist Communications that sought to dispel myths about Ebola. The video, Ebola: A Poem for the Living, features a young boy telling the story of how he became infected. As he lays in bed dying, he speaks to his family, explaining that “tradition kills,” urging them to avoid touching him and asking them to honor him by giving him a safe burial. It is a powerful and haunting story that had an extremely positive impact.

Within three months, four social mobilization teams in two districts had shared the video with nearly 60,000 people. In addition, community leaders were trained to use a flipbook version of the story and host dialogue sessions to discuss the issues presented. Using a story to promote behavior change helped to begin a conversation that wasn’t possible when using radio jingles or billboard ads. We weren’t talking at community members, we were talking with them and it made all the difference.

The Ebola outbreak would be declared over a few months later, but not before taking the lives of over 11,000 people. While no single messaging strategy can be given all the credit for ending the outbreak, one thing is certain—stories can be tremendously effective in creating a lasting change in health outcomes. When used properly at the right time and in the right setting, personally relevant stories can encourage people to take action in a way that statistics cannot. Data and facts can’t be thrown out the window in order to rely completely on storytelling, but the latter must have a more prominent place at the table if we hope to solve the public health problems that will plague us in the future.

Fire Is the Best Medicine