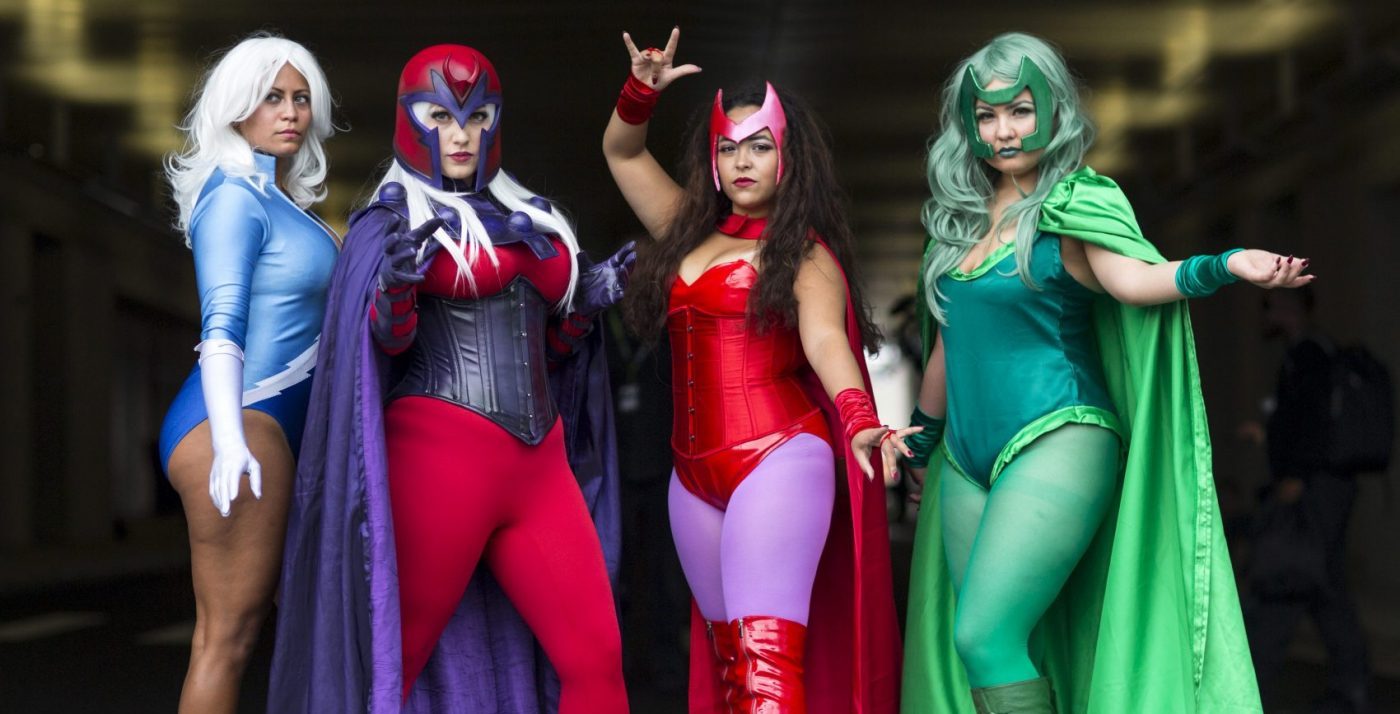 Media critic Jason Tocci explores the etymological evolution of the terms “geek” and “nerd” from adolescent insults to proud self-descriptors. He argues that with the growing dependency on technology and the staggering revenue generated from sci-fi movies and conventions, geeks are no longer the outsiders they were in decades past. When a population reclaims the terms once hurled at them in negativity as a positive attribute, geek culture becomes more mainstream.

Geek culture’s ascent can be explained in other ways. Jessica McCain, Brittany Gentile, and W. Keith hypothesize that geek culture’s growing popularity is largely due to the fact that American adults, particularly millennials, are facing challenging social and economic times with growing debt and underemployment. Instead of facing that harsh reality at all times, more people are turning to escapism to cope. They ascertain,

One solution for resolving this dissonance is to migrate into a fantasy world via role-playing games, fandoms, and fantasy media. These hobbies present opportunities for living out a grandiose self (e.g., by role-playing a powerful or charismatic character) that might not be possible in the non-fantasy world.

Whether the culture shift is due to self-identification, revenue, or socio-economic strife (I think it all plays a role), these researchers are overlooking one factor: women. It’s worth noting that the two leading authors of the above-mentioned article are women, but more importantly, women are a vastly growing market in geek culture.

Are women bringing geekiness into the mainstream, or did its appearance attract more women?

According to recent social media studies, women comprise roughly 48% of the comic book fan base. They make up more than half of fans under the age of 18 and again tip the scale in their favor after the age of 40. In 2015, the Pew Research Center found that 42% of U.S. women owned gaming consoles compared to only 37% of men. Also in 2015, The Washington Post estimated attendees of the San Diego Comic-Con would be split 50/50 between men and women. These industries, once very male-centered and still presumed to be so, are changing and drastically outgrowing their stereotypes of the socially-awkward teenage boy with taped glasses.

Geek girls are vying for top-billing in a culture that used to ignore them and now frequently makes self-deprecating jokes about male geeks’ inability to coherently talk to women. CBS’s Big Bang Theory has devoted nearly all of its ten seasons to that exact premise. Only recently has the show started to explore the perspective and character development of pseudo-geek girl Amy Farrah Fowler.

Slowly, women are advancing into geek culture with more character representation, more products being targeted toward them, and simply showing up in the numbers as consumers. Although the male stereotypes are falling away to a certain degree, because women are getting more involved, we’ve subsequently created female stereotypes to replace them. But, unlike the male geek stereotype of being unattractive, overweight, and living in his mom’s basement, female geeks or geek characters are more often depicted as overtly attractive, thin, and relatively well-adjusted. The only stigma they may suffer is adorable awkwardness.

This mythological creature, though more flattering than its male counterpart, is no more real an assessment of those it represents. Perhaps because until recent cultural shifts, comics, videogames, and the like have indeed served mostly men, there wasn’t enough of a sampling to create a more accurate figure. If nothing else, the intelligent, attractive, thin but only-slightly-socially-awkward girl who loves Batman and Doctor Who and World of Warcraft might serve as a fantasy for the hetero male geek population. In this scenario, they get supermodel-looking women who also happen to have the same interests. Consider this trope as the geek version of the Manic Pixie Dream Girl. She’s fairly one-dimensional, quirky, and at the end of the day, something to be coveted rather than someone with whom to identify.

Unlike the male geek stereotype of being unattractive, overweight, and living in his mom’s basement, female geeks or geek characters are more often depicted as overtly attractive, thin, and relatively well-adjusted. The only stigma they may suffer is adorable awkwardness.

Current television series provide ample representation of these geek girl characters like Charlie Bradbury (Supernatural), Jessica Day (New Girl), and Felicity Smoak (Arrow). All three are at least a little nerdy, awkward, and absolutely gorgeous. These women balance the mostly male casts with compassion, humor, femininity, and usually kickass computer skills. Felicity Smoak has spent five seasons being the funny IT girl who makes accidental sexually suggestive comments, but peppered throughout the show, there are instances where Felicity takes off her glasses and pulls down her hair. Every time, Oliver Queen is taken aback. Kind of like how no one notices shy Clark Kent is the incredibly handsome and brave Superman, the characters of Arrow somehow miss that Felicity is, in fact, smoakin’!

What’s interesting is that this stereotype of the ridiculously attractive geek girl doesn’t stop at the edge of the fictional world where, let’s face it, basically everyone is ridiculously attractive. It’s transcended that realm and found its way into reality. The idea of the hot geek girl as either the standard for female geeks or some sort of sought-after unicorn has become so ubiquitous, someone actually branded herself Hot Nerd Girl. She has 60,000 Facebook followers. Some women aren’t embracing the stereotype but spending time drawing attention to it. This set of images and the story behind it has circulated through social media multiple times since its original posting.

Truthfully, I think the emergence of the geek girl trope is a good thing. It’s an admission that we are here. It’s slowly creating representation for a previously unrepresented group. It’s challenging the male tropes that are just as inaccurate. We can build on this. We can create more comics and movies and TV shows focused on heroines, on geek girls with depth. Then, maybe one day, a man can wear a Wonder Woman jacket without backlash just as women now wear Superman T-shirts.

Geek culture, as well as the industries it encompasses, is changing. As women continue to grow as a consumer block, surely female representation will keep diversifying not only in comics and videogames themselves but also in the characters meant to depict the women and girls who love them. Within this realm, women are making strides, and it’s not just because they want a seat at the table with men, though they deserve it. It’s because this is a conversation worth being a part of.

As women continue to grow as a consumer block, surely female representation will keep diversifying not only in comics and video games themselves but also in the characters meant to depict the women and girls who love them.

In a 2014 New York Times article, University of North Carolina sociology professor Zeynep Tufekci concludes, “mainstream culture only portrays the geek culture’s outward appearance and through a distorted lens at that, missing the beauty and inspiration that draw many to it in the first place.”

She aptly describes the subculture as “a place where creativity, imagination, and ingenuity are prized.” In a world like that, we can innovate rather than stagnate; we focus on creation instead of destruction. We work toward improving lives and finding heroes in the unlikeliest of places. Simply put, we dream of better and work like hell to reach it.

That’s a world everyone deserves to inhabit, if they want, regardless of identity.