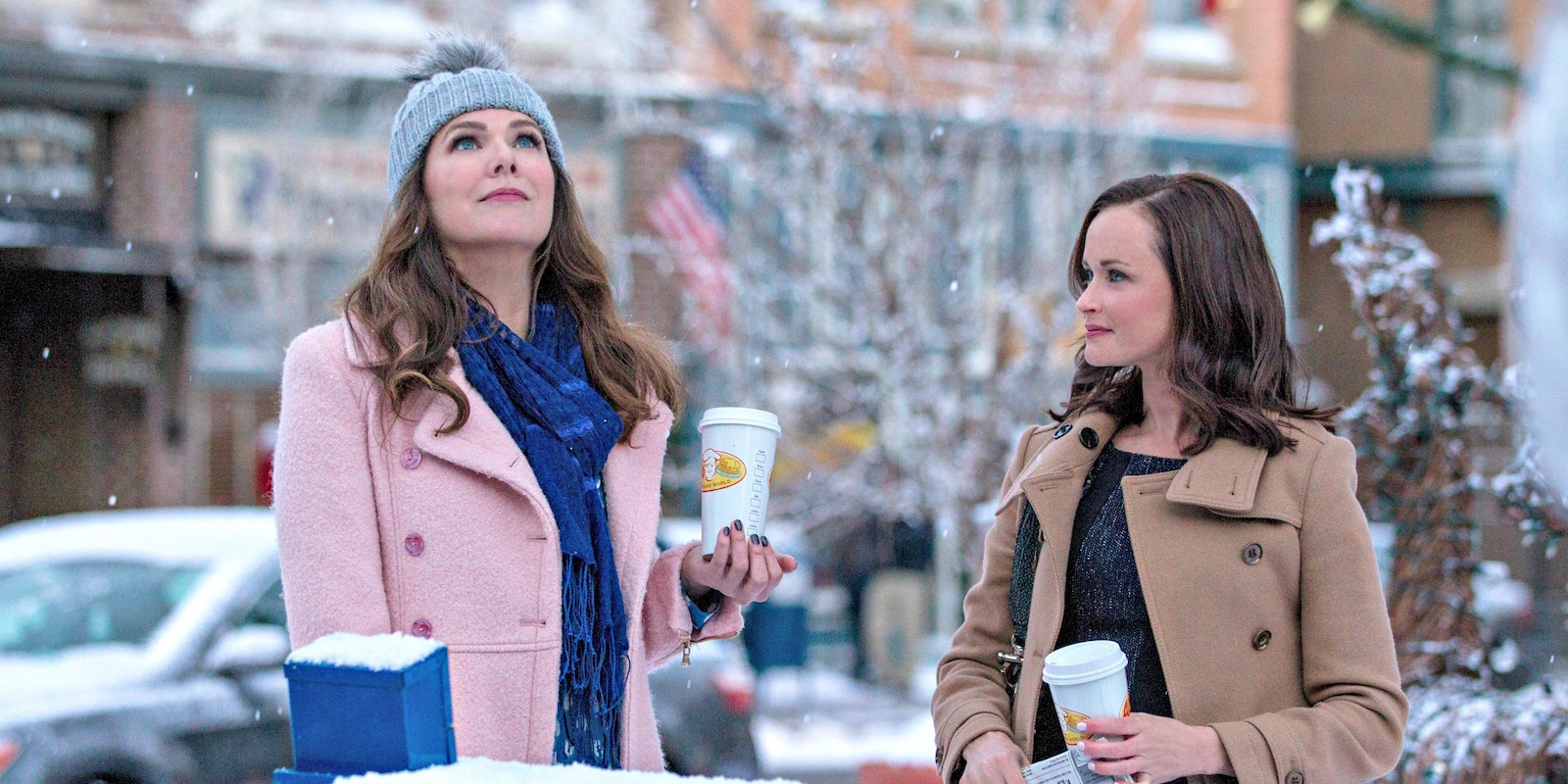 Netflix recently released the second season of Full House sequel Fuller House to the delight of many millennials and Gen Xers across the country who grew up with the original. Girl Meets World, the offspring of ABC’s popular ‘90s show Boy Meets World, is currently airing its third season on Disney Channel, introducing a new audience to the quirky but kind Matthews family. The X-Files reemerged on Fox January 2016 for a tenth season, fourteen years after its ninth concluded, to reawaken the paranoia in us all.

As an individual only mildly embarrassed to say I counted down the days until Gilmore Girls: A Year in the Life premiered in November, I can’t blame the audiences of these shows for their excitement, nor can I honestly condemn the producers for creating them. How incredible is it that in this age of streaming, with many opportunities to discover old shows we didn’t follow originally and binge our favorites as much as we want, we have the power to demand more? Diehard fans and converts can spark new life with their dedication, and for the first time possibly ever, any and all canceled shows stand a chance at resurrection.

Streaming isn’t the only reason we’ve recently gained this power over television creators. Millennials (currently 18-35) have surpassed Baby Boomers as the largest living generation in the U.S. We are large in number, we are adults now, and we have influence. We also have myriad more ways to display that influence, from Netflix ratings to social media. Producers can hear what we’re saying a lot clearer, and what we seem to be saying is that we want more of our favorites, more of these characters that shaped us as children or are shaping us now in syndication.

Sequels have dominated the film industry for years. Comics have rebooted their heroes’ origins since almost the beginning of comics themselves. The difference, though, is that television is a specific live-action narrative that weaves in and out of your life on a weekly basis for years, potentially. That becomes a larger part of you than one hundred and twenty minutes of film. One hour-long series, subtracting commercials with 20-23 episodes in a season equals more than eight hundred minutes of content. If you’ve invested that much time into a story, chances are you’ve also invested quite a bit of emotional energy. These characters matter to you, and if the story is told well, they will continue to matter to you after the series finale.

Maybe years later you rediscover a show you loved in youth. Not only are you rediscovering the characters, the setting, and the story arc, you’re mostly rediscovering how it made you feel when you watched it the first time. You remember how you reacted to certain plot points, you recall what day and time it came on, and that nostalgia warms your soul for a few minutes.

Every generation picks up the rose-colored glasses when examining its formative years, but we may be the first to truly attempt to relive them. (Think of the ’70s feel-good show about the ’50s, literally titled Happy Days or the late ’80s hit about the ’60s, The Wonder Years.) Time-jumping shows have clearly existed for a while, but something has changed. Instead of only writing shows set in the past (ie. Stranger Things), we’re revisiting the actual shows popular at that time.

We’ve combined buying power with streaming culture and nostalgia to create this perfect storm of reminiscent TV. Nickelodeon was one of the first networks to acknowledge this power and offer some millennial favorite ‘90s Nick shows on a platform called The Splat. Honestly, it seems like a win-win. The network gets to re-air old shows, cheaper than creating new ones, and the ‘90s kids who grew up with Clarissa Explains it All get to watch teenage Melissa Joan Hart in her ‘90s fashion deal with adolescence just as they had. Many who are now parents themselves get to see precocious cartoon infants get into more trouble than a parent could imagine in Rugrats. And they get to revel in the early career hijinx and pratfalls of Saturday Night Live cast member Kenan Thompson alongside Kel Mitchell in Kenan & Kel.

But what about the reboots and revivals? It’s no longer enough to re-watch these older shows. We’ve now begun picking up stories years after we supposedly set them down for good. In the case of Gilmore Girls creators Amy Sherman-Palladino and Daniel Palladino, they didn’t get to end the series the way they wanted, having departed the show before its final season (2006-2007). A Year in the Life emerged from the show’s cult following and a desire to see Sherman-Palladino get to end the story on her terms. Fans have had ten years to mull over the lives of Lorelai and Rory Gilmore as well as the other Stars Hollow residents. Now we see how the creators envisioned their characters developing, and it doesn’t necessarily match fans’ imaginations. Is A Year in the Life canon now? Has it ruined the original show? Will they make more Gilmore episodes for easy profit and to continually appease viewers?

It doesn’t stop with Gilmore. Coming off the popularity of their 2016 election skit, the Will & Grace cast will be making a comeback for ten new episodes in 2017, eleven years after their series wrapped in 2006. Rumors continue to swirl around the filming of a third Sex and City movie when the TV show ended nearly thirteen years ago. Both of these shows were ahead of their time while on air. They talked openly about sex and the faults within people. It was so refreshing to lift those taboos with a mix of humor and sincerity. But more than a decade later, will they lose what made them special in an effort to display character growth? Or worse, will they not have grown at all?

That’s the danger here. Where does the cycle end, and how much does reinvention taint the original? At what cost are we willing to siphon magic from what we love to create something else? The chances of it containing the same magic are slim even with the greatest writers, the original cast, and the largest budget. What’s missing is the time period in which these stories lived and the person you were when you first experienced them.

We need to appreciate the things we love as they are, without the expectation of more. If we do get more, we should accept that it isn’t the same thing and not lose sight of the original’s magic. More importantly, we need to keep creating. If we don’t, what will our children look back to fondly as they slip into adulthood? Let’s create more magic. Let’s occasionally succumb to nostalgia, but let’s move forward. As Sean Connery’s character said in what should have been the last Indiana Jones movie, “Indiana, let it go.”

One thought on “Reboots, Remakes, Revivals: Nostalgia in the Streaming Era”

Saudade: Happy Melancholy, Nostalgia for What Is Absent

Geek Culture is Mainstream, but Geek Girls Remain Left Behind