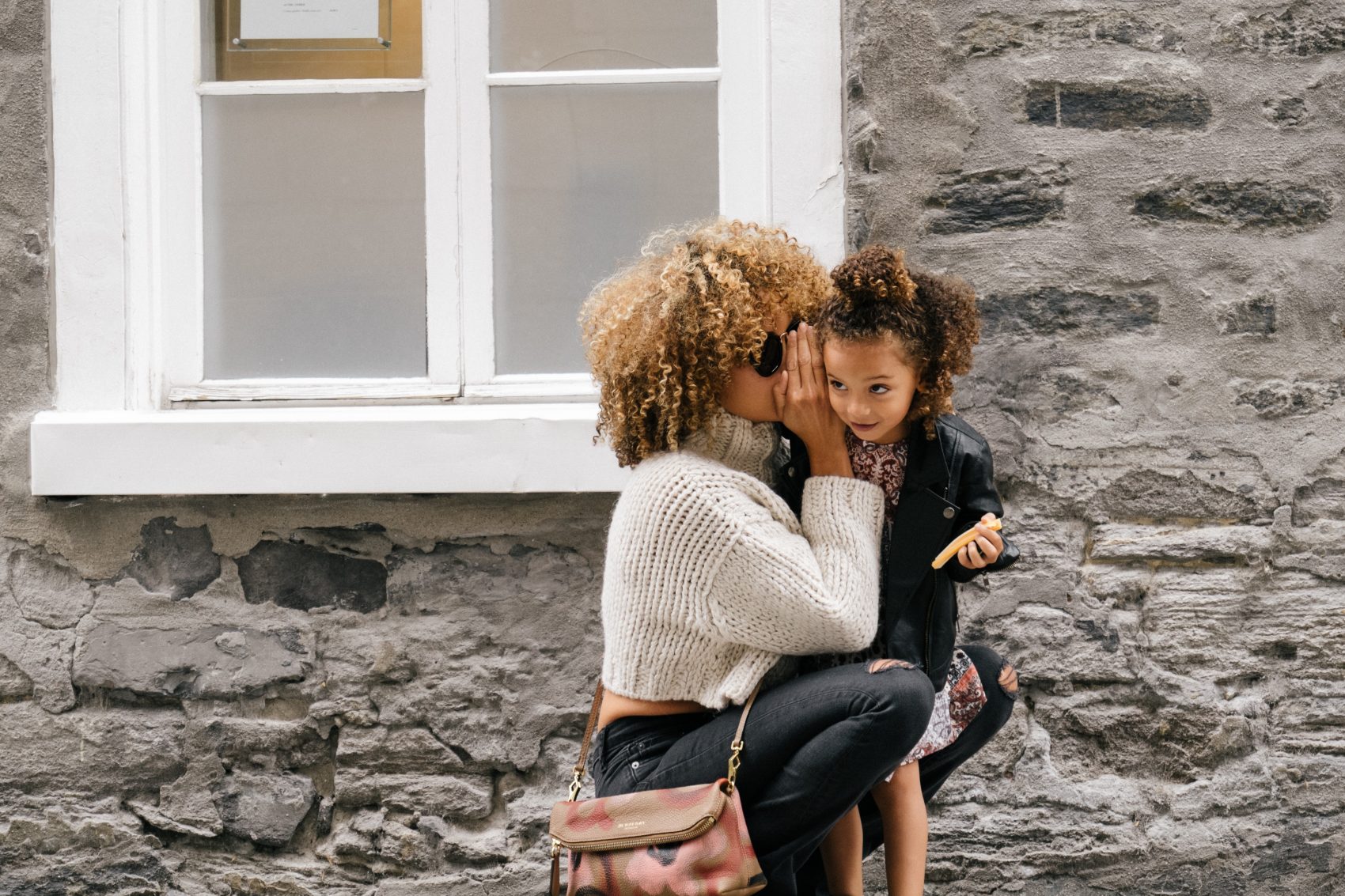 Growing up in a large family, the most controversial dinner table discussions didn’t center around politics, money, or religion. Get enough of us siblings in the same room long enough and one question always comes up: “Who is mother’s favorite child?” And, “if she has one, why won’t she admit it?”

Mother stays above the fray, parrying the question delivered by chirping children. “I love all my children equally,” she says, exasperating us. I wouldn’t dare challenge the authenticity of my mother’s sentiment, but methinks her line smacks of diplomatic savvy, of expertise in conflict resolution. Or is it avoidance?

Perennial parenting advice says one should not have favorite children, and if one does, they definitely shouldn’t ever admit it.  Ellen Libby, psychologist and author of The Favorite Child, asserts that although parents may deny having a preference for one child over another, “it is impossible not to convey favored treatment of one child over another.” She continues,

Since no two children are exactly the same, no two children evoke identical feelings and reactions from their parents. Furthermore, parents also have unique personalities that cause them to have different responses to their children’s provocations. As strongly as parents tell themselves that they treat all their children identically, they cannot and do not.

A recent study by Katherine Conger, a family sociologist, suggests that parents do play favorites when it comes to their children: 70% of dads and 74% of moms reported giving preferential treatment to one child. And children can feel this as well. Conger found that children, regardless of birth order, feel that they are treated unfairly by their parents in relation to their rival siblings. Conger states that “everyone feels their brother or sister is getting a better deal [most cite the oldest child as the favorite]…regardless of how you look at it, both [earlier and later-born children] are perceiving preferential treatment.” In sum, all of us feel we are treated unfairly, and parents are guilty of reinforcing that perception.

What Are the Effects of Perceived Child Favoritism?

The writing’s on the wall when you see your sister’s crayon drawings hung on the fridge but not your own. The scores are on full display when your father went to your brother’s piano recitals but not your soccer games. A study published in the Journal of Marriage and Family suggests that maternal favoritism, perceived or actual, has detrimental effects on all children, both favored and unfavored. Preferential treatment can breed resentment by unfavored children towards the parent or favored child, lead to depression later in life, and engender a chronic need to feel special. Unfavored children can also grapple with intimacy issues as they grow up with insecurities about whether they are lovable or capable of love. Favored children may also struggle with intimate relationships as they endeavor to find somebody who will esteem them as much as their ever adoring parent did.

On the other hand, favored children tend to develop higher levels of self-esteem. Unfavored children experience greater freedom for self-exploration by virtue of their being less shaped by an attentive parent, making them less bound to parental expectations. Favorite children are prone to mature without developing an identity of their own, preoccupied with pleasing their parent to maintain their favored status.

Does Admitting to Have A Favorite Child Soften Its Effects?

To minimize “emotional scarring,” Libby recommends rotating favoritism among children to help them “appreciate the uniqueness of the different relationships in the family, understanding that no two relationships are the same.” It’s okay for a parent who’s a sports enthusiast to spend time with his or her soccer-playing daughter, and it’s okay to give higher priority to a son with specific nutritional needs when determining what to make for dinner.

Child favoritism is a favorite topic in the parenting blogosphere. Buzz Bishop, a Canadian writer and radio host, has advocated for parents to be honest with themselves and openly admit they have a favorite child. When a reader of this piece by Bishop contended that his unabashed preference “could hurt somebody’s feelings one day,” Bishop replied, “I don’t love either of my sons any more than the other, but I do like them differently.”

It appears that child favoritism—perceived or actual—can hardly be avoided, but parents don’t have to consign themselves to gifting their children hefty emotional baggage that requires a lifetime of unpacking. Ilan Shira, a social psychologist at Lake Forest College, notes,

It’s important to keep in mind that parental favoritism is only problematic when there are consistent and arbitrary differences in treatment. In cases where favoritism is unavoidable (e.g., with newborns, needier children), parents who explain its necessity to the other children can usually offset any negative consequences.

Whether parents admit it or not, most have a favorite child, though they should heavily consider whether admitting it would be in any child’s best interest. Parents shouldn’t hesitate to express to each of their children what makes each relationship unique. This should free up dinner table conversations for less controversial topics like the impending Donald Trump presidency.

Jeffrey is the founder and editor-in-chief of Erraticus, as well as host of the Damn the Absolute! podcast.

He is a former mental health professional and educator, whose research interests center around localism, American pragmatism, and bioregionalism. He primarily covers education, philosophy, psychology, and religion.

He lives in Southern Appalachia.

Jeffrey is the founder and editor-in-chief of Erraticus, as well as host of the Damn the Absolute! podcast. He is a former mental health professional and educator, whose research interests center around localism, American pragmatism, and bioregionalism. He primarily covers education, philosophy, psychology, and religion. He lives in Southern Appalachia.