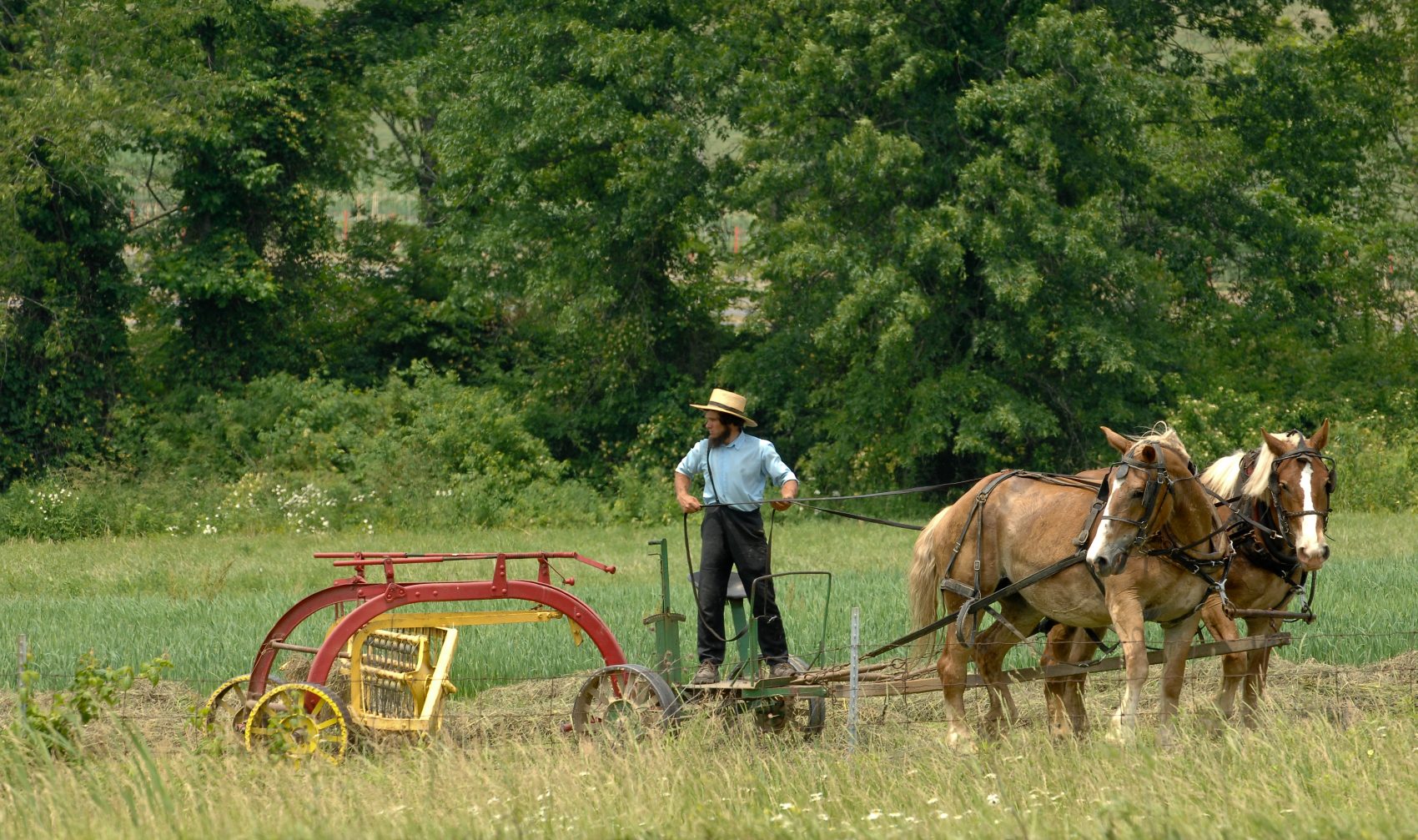 When I was eight days old, an unlicensed surgeon took a scalpel to my penis and left an ancient covenant where my foreskin used to be. The brit milah or “covenantal circumcision” marked my permanent spiritual inclusion in the Jewish nation. I was branded as Jewish, whether I wanted to be or not.

Thirteen years later, at my bar mitzvah, I chanted the Torah portion before friends and relatives as I matriculated into Jewish adulthood and accepted the yoke of responsibility for God’s law. I was accountable for six hundred and thirteen biblical commandments, whether I wanted to be or not.

Today, I am a twenty-seven-year-old kind-of-Orthodox Jew, stuck somewhere between fervent religious observance and unabashed heresy. My natural skepticism checks any signs of religious dogmatism, and the comfort of living in a tight-knit Jewish community keeps the occasional wave of nihilism at bay. I attend shul sometimes, but not all the time. I maintain a kosher diet, but not a strictly kosher one. And my friends share the same general religious profile as me, though not all of them.

I’m a proud, wishy-washy, not altogether satisfied Jew, and I’m not the only one. A well-documented 2013 Pew Research Center survey titled “A Portrait of Jewish Americans” painted a dismal portrait of the state of American Judaism. The study revealed that there has been a sizable directional shift towards less traditional Judaism, the implication being that Jews will likely assimilate into a broader, secular culture over time, leaving only the most devout to hold the Jewish mantle. Even the Orthodox, the most “devout” Jewish sect, have a <50% retention rate.

The religious Darwinists among us might see this as the inevitable corrosion of a religion unfit for the 21st century. But I’m not giving up so quickly. There is a simple formula that the Jews (and other organized religions) can learn and implement in order to retain their ranks.

No, the Jews shouldn’t abstain from electricity or start playing softball in overalls (not that I’m opposed). They shouldn’t revert to an agrarian lifestyle or grow funny beards (also not opposed). What the Amish get right – and what other organized religions should emulate – is that they value a spirit of autonomy that makes their church so idiosyncratic and so wildly successful.

Autonomy (or the “Illusion of Choice”)

Unlike most Christian churches, the Amish don’t believe in infant baptism, but in something called “believer’s baptism” or “credobaptism”. Credobaptism is grounded in the belief that saving grace is a gift from God, earned by the recipient’s faith alone, and cannot be imparted or transferred from one person to another. A person must be accountable – a fully informed human being – before committing to a way of life for eternity.

The Amish practice credobaptism with a twist. They allow their youth to experience the outside world (the “English” world, as they call it) before taking an oath of loyalty to the church. This period of exposure, known as rumspringa (Pennsylvania Dutch: “running around outside the bounds”) begins when Amish youth turn sixteen, at which point they are not subject to the church’s rules about permitted and forbidden behaviors. They have license to do things they have never done before, like sex, drugs, and rock and roll, but also tamer stuff like working outside the community and wearing English clothes. An individual’s rumspringa ends when she either agrees to take up the responsibilities associated with being an adult member of the Amish community or chooses to go her own way.

At first glance, letting their children run wild as adolescents seems like a risky proposition for the Amish. After all, what if they’re seduced by the vices and opportunities of the English world? But to the Amish, the risk of defection is worth the gamble. In their estimation:

There is no firmer adhesive bond to a faith and way of life than a bond freely chosen, in this case chosen after rumspringa and having sampled some of the available alternative ways of living (from Rumspringa: To Be or not to Be Amish).

And it pays off. More than 80 percent of Amish youth eventually become church members, and in some communities the retention rate exceeds 90 percent!

This is possible because the Amish (and Anabaptists in general) have tapped into a fundamental piece of human psychology—that autonomy is a major contributor to happiness. Study after study have shown that the feeling that your life is self-chosen and self-endorsed leads to positive feelings of happiness and well-being. By offering their church members the choice, as adults, to join or leave the church, the Amish have reintroduced free will into a religion that, at first blush, seems retrograde and doctrinaire. And a free man is a happy man.

Now it’s possible that the Amish get away with offering their teens the illusion of choice. The rumspringa isn’t exactly a four-year college where participants learn to master the emotional and intellectual tools needed to survive in the outside world. Many Amish youth use the respite to attend wild parties, and Amish church leaders don’t endorse secondary or higher education (schooling for the Amish ends after 8th grade). A good number of rumspringa teens even stay at home and participate in church-sanctioned singings and bowling leagues. But the illusion of choice is better than no choice at all. It’s the feeling of autonomy that makes all the difference.

Part of the genius of the Amish is that they recognize the difference between theology and religious institutional practice. Despite their very strict moral code, which permeates just about every aspect of their everyday lives, the Amish have the courage to surrender jurisdiction over their children during their rumspringa years. They recognize that their moral interpretation of the bible – of a life well-lived according to Christ’s example – may apply universally, but the rigor of their lifestyle, in practice, is not meant for everyone. In doing so, they preserve the sanctity of the church as a space for voluntary religious commitment and honor the right of the individual to freely choose his or her own path.

Of course, once you take the loyalty oath, you’re in for good. You are subject to the ordnung – an unwritten list of rules that members of the Amish community must follow. These rules include prescribed clothing styles, farming techniques, and prayer services. Among the prohibitions are central heating, driving a car, and wall-to-wall carpeting. If you abandon the church because of a change of heart, you get the bann, a severe form of excommunication where friends and relatives are forbidden from talking to you and, in some cases, even looking at you. But consider that the bann, harsh as it may be, is part of the oath! It’s perfectly fair to hold an adult accountable for an oath he took as an adult.

Now Back to the Jews

So what does all of this have to do with the Jews? Contrast the experience of the Amish with the childhood initiation rituals of brit milah and bar mitzvah. In the case of the former, adult Amish males are granted the freedom to elect (or decline) to join a community. In the latter case, Jewish youth are born into a community and take on, irrespective of their will, the obligations associated with living “Jewishly”. More importantly, these obligations become Jewish institutional expectations. The message that Jewish institutions are sending to their children is: You have no choice in the matter. Whether this message is factually true is irrelevant. It may well be that the word of God is the word of law, and that those who defy it are heathens and false prophets. But that isn’t stopping Jews of all stripes from leaving the fold in droves.

My theory is that this message doesn’t resonate with a modern Jewish audience that has been reared to embrace a spirit of radical autonomy in every arena other than religion. We have been raised in the liberal tradition of John Locke who taught us that “the end of law is not to abolish or restrain, but to preserve and enlarge freedom.” We have learned from Jean-Paul Sartre that men are “condemned to be free” and that it is up to us to give life meaning. We have been taught to “follow our dreams.”

We are constantly fed the story that we, as individuals, are the authors of our own lives. Yet despite all this, Jews continue to emphasize precognitive milestones that signify passive spiritual or metaphysical change. The brit milah welcomes me to the Jewish nation and the bar mitzvah foists legal obligations upon me. But there is no coronation ceremony for a Jew who commits himself to living an institutionally Jewish life. There is no loyalty oath to the “Jewish church”. A Jew never seizes responsibility.

What does this mean in practice? How can Judaism introduce choice (or the illusion of choice) into its institutional framework?

One option might be to move the age of bar mitzvah from thirteen to something closer to the age of full brain development. The rational part of the brain – the prefrontal cortex – isn’t fully developed until age twenty-five or so, at which point it begins to work in concert with the amygdala – the emotional center of the brain. Good judgment should be a precondition for making such a crucial life decision, and healthy development of the emotional and rational faculties of the brain are necessary for good judgment.

Another option might be to institute a vow of allegiance as part of the bar mitzvah ceremony. Traditionally, the bar mitzvah celebrant will perform a variety of ritual obligations to celebrate his newfound responsibility, including wrapping tefillin (phylacteries) and being called up to read a portion of the Torah. These customs, however, amount to a tacit acceptance of responsibility, not a vigorous, proactive pledge. By instituting a vow of allegiance to the Jewish church, perhaps adherents will feel personally responsible, even excited to perform the rites and rituals of living a Jewish lifestyle.

Finally, Judaism might consider introducing its own version of a rumspringa, a period of time when Jewish institutions relinquish jurisdiction over their teenagers and expose them to the world at large. They can build upon the Amish model by emphasizing the importance of secular education alongside religious education and even encouraging the exploration of other religious and intellectual vistas. By shielding their youth from the outside world (or by exposing them to it, but with a healthy dose of fear and distrust), Jewish parents and institutions reveal that they do not trust their children to make good choices, which can be off-putting. A proactive approach would not only aid in the holistic development of Jewish youth, but would ultimately be respectful of an individual’s ability to exhibit good judgment.

Daniel “Winch” Winchester is a “young professional” working in the non-profit world in Washington, DC. He spends his days developing educational materials on classical liberalism and his nights listening to good music with good friends. His passions include Judaism, Dave Matthews Band, and political philosophy.

Daniel "Winch" Winchester is a "young professional" working in the non-profit world in Washington, DC. He spends his days developing educational materials on classical liberalism and his nights listening to good music with good friends. His passions include Judaism, Dave Matthews Band, and political philosophy.

Competition Is Bad for Families but Good for Societies